Blue Chip NFTs: What are they and Why are they Popular?
Advertisement 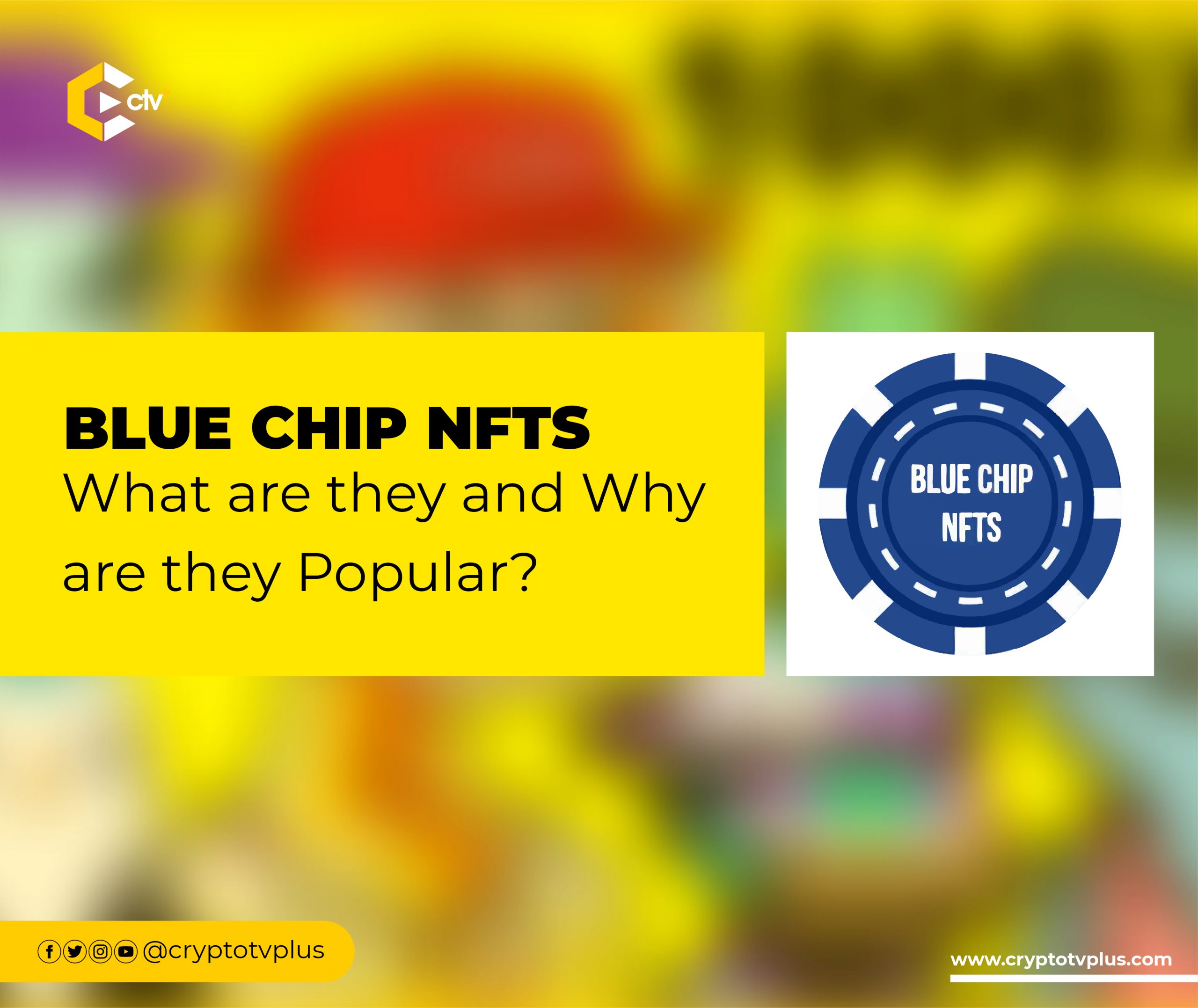 NFTs came into the global market after the frenzy of cryptocurrencies with earlier projects like CryptoPunk in 2017. By 2021, the NFT market surpassed $40B as adoption surged with NFTs finding applications in games, music, video, fashion, sports etc. . However, not all NFTs are known to be high-priced or premium.

Popular NFT advocate, Gary Vee believes that NFTs are survivable and more than 90% of NFT projects will die. This assertion and other statistics from the market breed questions like which NFTs are more profitable for investment and how can they be known?

What are Blue Chip NFTs?

“Blue Chip” is a term that’s used to describe any financial asset with a high ROI. Examples of Blue Chip assets in the global market are stocks of Microsoft, Apple, Meta, Coca-Cola, and Amazon. Over time, the track record of these companies have been seen to keep rising, giving investors higher hopes of profit.

In the blockchain space, there are NFTs that have been classified as Blue Chip NFTs. This classification is also based on the belief that these assets have stronger backings and are more profitable over time. Just like the company stocks mentioned above, these Blue Chip NFTs have shown a track record of profitability over time and so people would want to buy and invest in them.

NFT projects such as CryptoPunks, Vee Friends, Bored Ape Yacht Club, Cool Cats etc.  all have some things in common. These similar features include but are not limited to:

CryptoPunks were created by a two-man team made of creative technologists, Matt Hall and John Watkinson. They launched Larva Labs 17 years ago and in 2017 went into the NFT market and created one of the most valuable assets in that industry.

Bored Ape Yacht was developed by Yuga Labs which consisted of four people: Gordon Goner, Gargamel, No Sass, and Emperor Tomato Ketchup. The name Yuga Labs has grown to be a big brand that has plans for both the blockchain world and real-life settings.

Apart from launching the Bored Ape Yacht NFT, in March, it released Ape Coin, the native cryptocurrency.. A similar scenario applies to the Vee Friends NFTs. Gary Vee is a global name and so the project takes advantage of that value.

This has to do with the belief and value the NFT stands for. Looking at the world of tech and other industries, you’ll realize that what people feel and think about a product is important. And this belief can be controlled by the organization behind the project.

There are some features or advantages that makes this possible. For example, the CryptoPunks NFT has the unique feel of being one of the first useful NFTs created and released to the crypto community. But beyond that, they made it accessible to people for free for a while to gain acceptance, and then today, to get one costs  quite a fortune.

There are NFTs that are created for art and the frenzy of Web3 and nothing behind them. These assets most of the time don’t last. They go the pump and dump way leaving most late holders at loss.

Axies used in the Axie Infinity hold a huge utility base as they are not just used as arts but to play games. There are other examples out there on this. Other utilities tied to NFTs are exclusive rights to access certain services like attending a concert show of selected celebrities. PSG and Jay Chou just released an NFT of this nature recently.

Holders of NFTs can also hold real-world assets when they buy certain NFTs. This is the essence of tokenization. Then one of the attractive utilities for top NFTs like the Bored Ape Yacht and Vee Friends is the status symbol associated with each. Since celebrities own them, the perceived value goes so high to beabout scarcity and exclusivity.

Other evaluations can be the size of the community and then aesthetics. The design elements attached to an NFT tell a lot about the project. What a good design is for an NFT depends on what the NFT is about. For example, the Goblintown NFT characters would scare a child yet the floor price is higher than many.

While the industry is still growing and expanding with new projects being released often, not all NFTs will ever become blue-chip projects. It takes time to truly ascertain the ones that will.

What is certain is that brands that keep fulfilling the needs of their customers, while changing with the trends without leaving out values, will be the winners at the end of the day. So do your research and let your decision guide you.