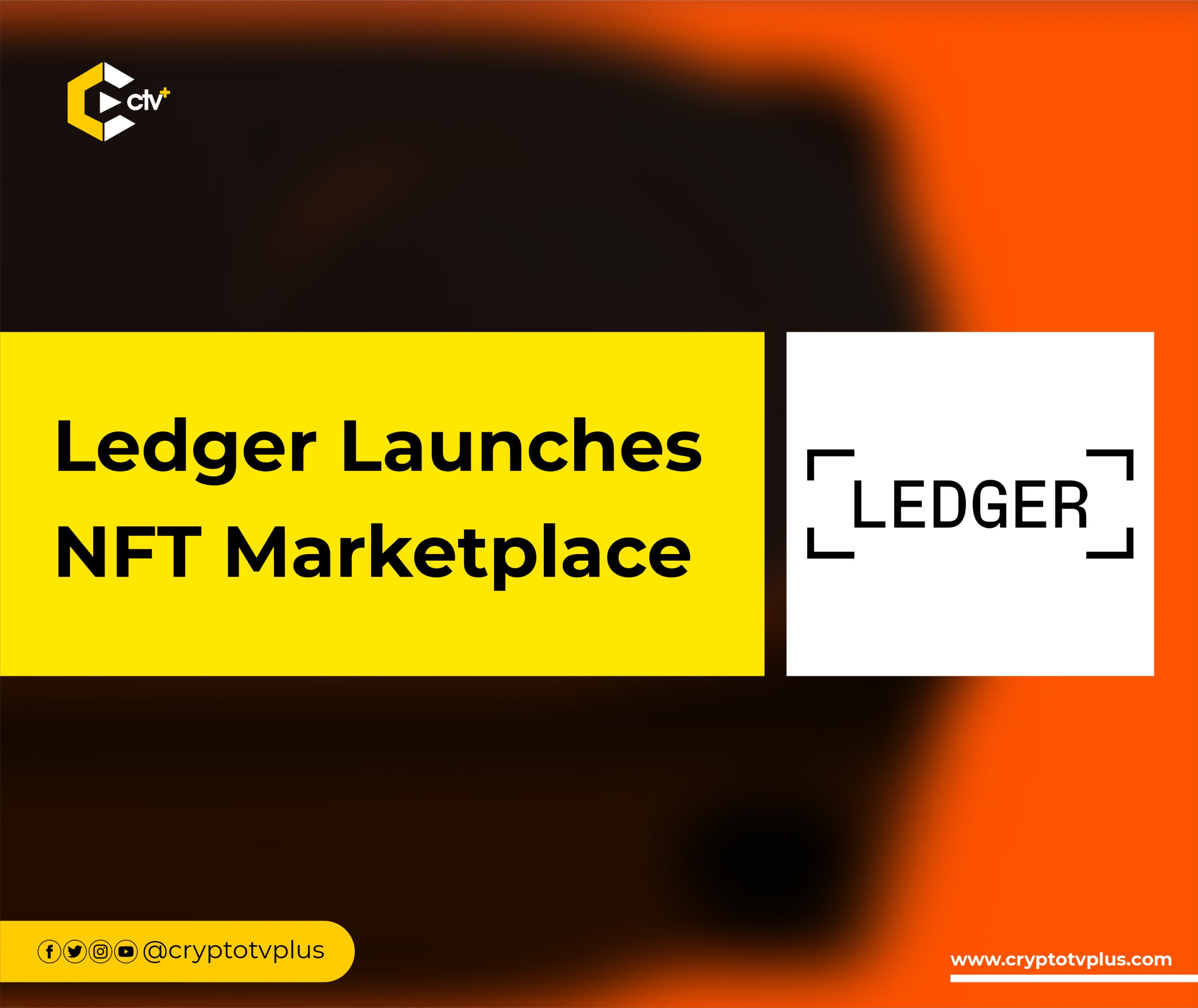 Ledger, a crypto hardware company well known for its highly secured hardware wallets, is set to make the purchase, selling, and creation of Non-Fungible Tokens (NFTs) more secure by launching an NFT marketplace and web3 services platform for enterprises.
The company announced this on Wednesday, 22nd of June 2020, during the Ledger open conference at NFT.NYC.

The company’s proposed NFT marketplace, the Ledger market, will be focused on the transparency and security of all NFT assets. Pascal Gauthier, the CEO of Ledger, asserted that clear-signing, a process that mitigates the rate of NFT scam has jettisoned in the wave of Web3 innovation.

He further affirmed that proper security is one of the biggest problems the web3 space is being plagued with.
Ledger Market has partnered with brands such as Tag Heuer of LVMH, DeadFellaz, RTFKT and Brick/Babylon to list their assets on the Ledger marketplace. The first NFT to be launched in this market will be Genesis pass NFT which is a ledger market pass.

This NFT management platform is called Enterprise create. According to Pascal, Ledger plans to “accompany creators and brands throughout their NFT journey and to secure the whole stack from minting the NFT to distribution into production.”
Ledger whose focus was on bitcoin at its inception in 2014 is recently navigating its way into the web3 space.

Ledger has launched “Ledger Quest“, a learn-to-earn game with NFT rewards and “Ledger Academy“, an educational platform where users can get to know more about blockchain technology. These platforms were launched by Ledger to sensitize and educate users on the web3 space before bringing web3 products on board.

The first web3 move Ledger made was in May 2022, when Ledger launched Ledger Connect, a browser extension to connect hardware wallets through which users can connect to web3 applications.

5 Reasons Why the Metaverse is Important

The incursion of Ledger into the web3 space denotes a more secure web3 space as Ledger is widely known for its security. A report by Ledger asserts that the current administrators of the NFT space rate convenience over security and people have no choice but to use these big NFT marketplace with weak security standards which have led to an increase in NFT scams.

In February 2022, Opensea lost $1.7million to an apparent phishing scam. It has also been reported that MetaMask users have lost over $500,000 to scams. These recurring scams are as a result of the weak security in the existing NFT space. The advent of Ledger in the NFT space will reduce these scams to the barest minimum.

Be Known for What You Can Do;  Obiajulu Onyema Advised at BCAT