What are Generative Art NFTs?
Advertisement 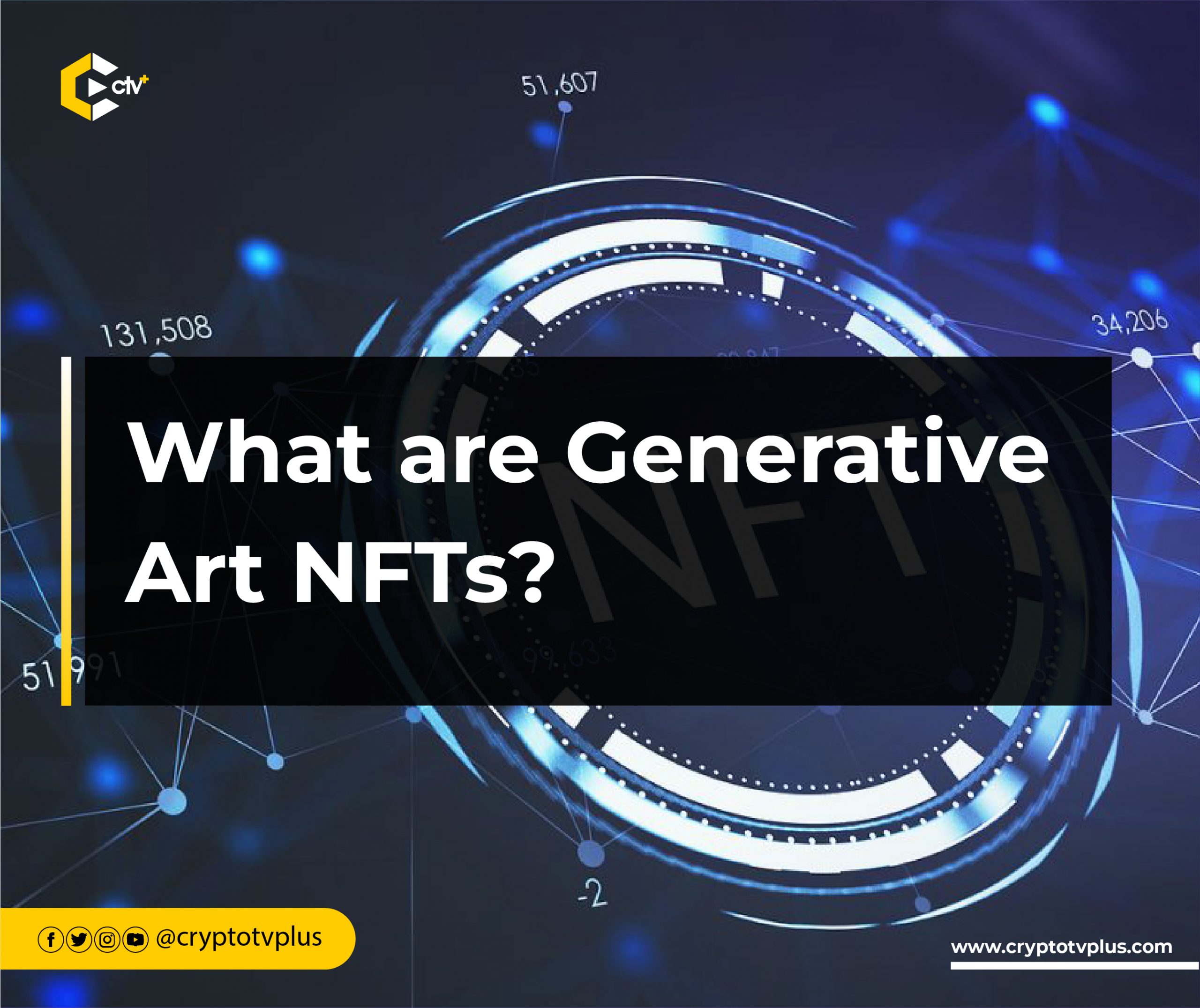 Non-Fungible tokens, took the world by a torrent in 2020, generating billions of dollars for artists, creators, and collectors alike. Since then, different modes, forms, and types of NFTs have been released and traded from 2020 till today. Much of the work done and sold was, at the start, standard fare: digital renditions of Old Masters, eccentric photography, and paintings done via iPad.

Soon, a new breed of digital artists came to light. Experimenting with different forms, they produced art that was more closely bound to the digital world in which it was sold. While some created VR art experiences, others designed artworks that could be computationally described by blockchain “metadata.”

Generative NFT trends include abstract pieces of art that are being traded for thousands of dollars.  But what exactly is generative art, how is this brought together with NFTs and what does this trend mean for our conception of the art market? Let’s dive in to answer these questions.

The Origins of Generative Art

First ideated by German Philosopher Max Bense, generative art arises from algorithms programmed to specific parameters by engineering artists. The general processes of the art, which include the chosen color, geometry, and how they might be used are determined by the artist, who fees the algorithms for random quantities of art to be created. Whatever is created by the algorithms are Generative NFTs.

Generative NFTs are much the same, and many include additional components of “randomness” related to the mechanics of the blockchain, smart contracts, and NFT “minting.” Generative art can be best described as a combination of efforts between an artist and an autonomous system. NFTs have recently become a new way of owning a piece of generative art, and even a means to create pieces of generative art via smart contracts.

Generative art was ideal for producing large NFT collections, going into the tens of thousands, or even millions, of unique works. Unlike profile picture (PFP) collections like Bored Ape Yacht Club, however, generative art is also better accepted by the art establishment; they are seen as a way to finally make use of the generative works dating back to the 60s, and many have been featured in meatspace galleries.

Today, the quickest and most efficient easy of creating Generative NFTs is by running a computer algorithm. Minting generative art NFTs contribute to a large extent to the uniqueness levels of the NFTs that could not have been reached before. . This is achieved by including inputs to the piece of art such as wallet address, transaction ID, or gas price. These parameters are then used to mint the NFT.

There will always be only one NFT created with those exact parameters. This trumps art created by traditional means. The parameters used to create a given generative NFT would be different in perpetuity, even if another NFT was created to look similar to it.  Although, “true uniqueness”, can be debated due to the fact that one can run the same parameters and use it to create millions of NFTs.  To tackle this, creators and engineers have created a function where a supply cap can be created from the start

For example, Art Blocks, a popular generative art NFT marketplace earned about f $1 billion for artists in 2021. Art Blocks’ offering included works that made use of the random “hash” signature generated when an NFT is added to the blockchain.  A hash is a unique alphanumeric code that serves, to put it simply, as a kind of online address for a given asset).

Generative NFT Projects to look at

LostPoets is an NFT-based collection game launched in September 2021 and raised over $70 million in initial dales volume,  despite collectors not knowing exactly how the project is going to evolve. By now, Poet owners have the opportunity to name their NFTs and give them stories.

Created by Larva Labs,  the creators of CryptoKitties, the AutoGlyphs project was one of the first generative art NFT projects. It has reached a total trade volume of over $40 million The project which created on-chain generative art on the Ethereum blockchain, had a supply which was was limited to 512 NFTs from the start, which have all been created already and are now only available as secondary sales.

An artist-driven platform running on the Ethereum network,  KnownOrigin is built for creators looking to trade their art as NFTs. , It functions as a primary marketplace as well as a secondary marketplace, although art pieces minted on KnownOrigin can also be traded on OpenSea. With a current total sales volume of ~ $26 million on OpenSea, KnownOrigin is still much smaller than ArtBlocks.

Art Blocks is a generative art marketplace that hosts the Fidenza, Ringers, and Chromie Squiggle collections. With a total sales volume of more than $994 million, Art Blocks is one of the most successful NFT projects. The project is functional on the Ethereum network

A major innovation for generative art is making the art more accessible by widening the scope towards the digital space. Now, anyone who has access to the digital space can create, trade collect, and invest in Gnenrative NFTs. It should still be noted that many of the new art market participants may lack knowledge about the art world. This might lead to a spot where curators will still be needed as intermediaries.