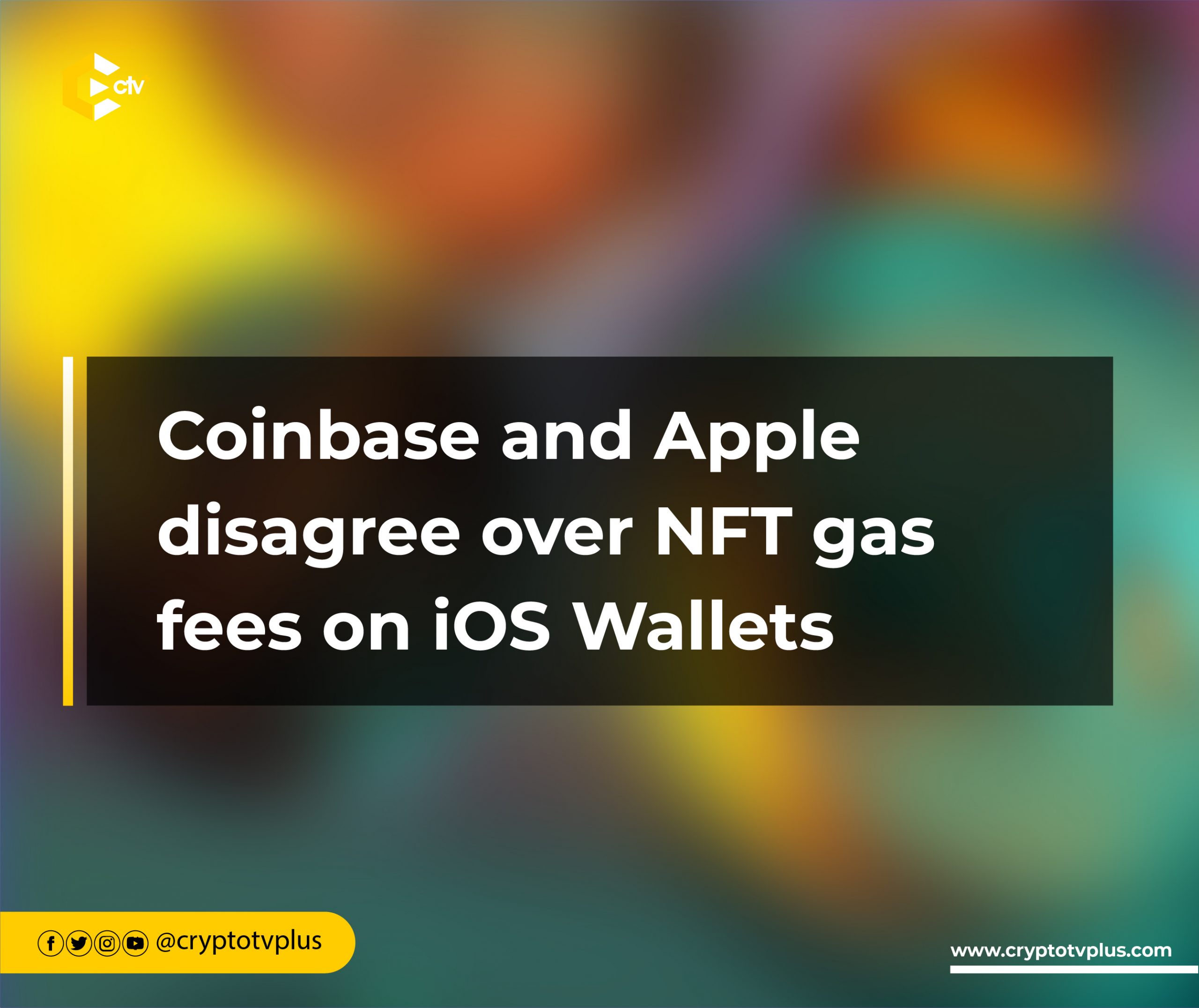 Coinbase has issued a statement that Apple users would no more be able to send and receive NFTs using the platform’s IOS Wallet version.

According to the statement from Coinbase, the IOS App store Provider Apple has blocked the recent Coinbase iOS Wallet release, leading to Coinbase having to disable the feature.

According to Coinbase, Apple is claiming that the gas fees necessary to send NFTs should be paid through Apple’s in-app purchase system, in order for the iOS giant to collect 30% of the gas fee.

“Anyone who understands how NFTs and blockchains work, [knows] this is clearly not possible,” Coinbase said, as Apple’s in-app purchase process does not support crypto, so Coinbase wouldn’t be able to comply, even if they wanted to.

Coinbase stated that Apple had a routine practice of attempting to take a cut from fees from every email that gets sent through open internet protocols.

“The biggest impact from this policy change is on iPhone users that own NFTs’, Coinbase said in the statement, noting that Apple “just made it a lot harder, for NFT holders using iPhones to send the NFTs to other wallets, or send them as gifts to friends and family.

Further implicating the iOS provider, Coinbase accused them of introducing  “new policies to protect their profits at the expense of consumer investment in NFTs”.

Coinbase called this move by Apple “an oversight’ and expressed hopes for further conversations with Coinbase’s ecosystem, saying they were ready to help.

This action was taken by Apple comes after the iPhone producer refused to exempt MNFTs from their App Store’s 30% rule.