PeakD: A SocialFi Platform on Hive for Contents and Content Creators
Advertisement 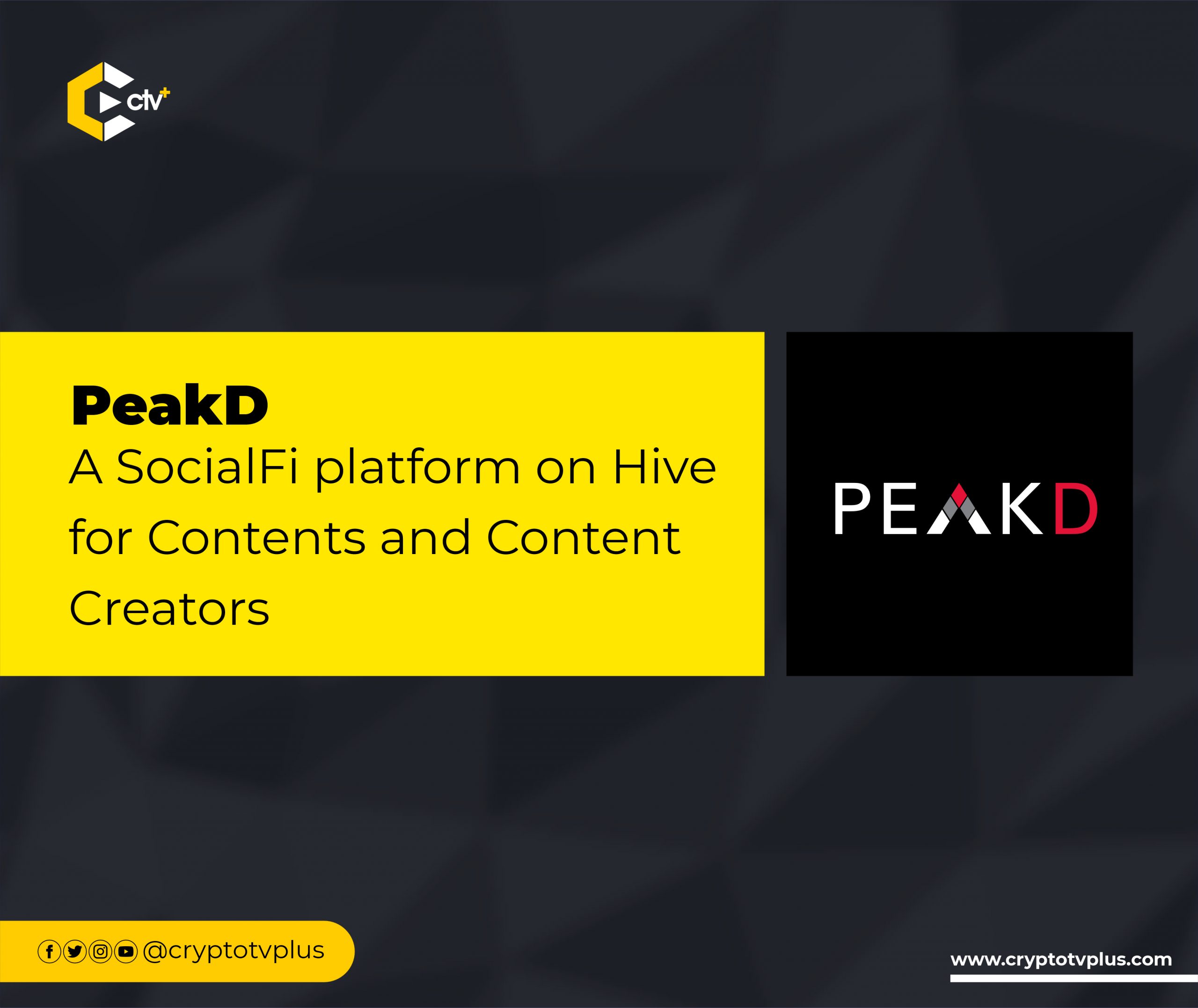 SocialFi is primarily a combination of social networking and finance. To elaborate, it is owning and managing content while making a profit from it. Content creators on SocialFi platforms earn cryptocurrency or other digital assets that they can trade for actual cash or other fungible or non-fungible assets.

Blockchain networks such as the Hive have created a platform for developers to pitch their innovative ideas. Hive is a fork of the Steem Blockchain and uses a Delegated Proof of Stake consensus protocol that combines lightning-fast processing times and fee-less transactions to connect users to the world of web3. Developers can integrate and develop applications on the Hive Blockchain; one such application making waves on Hive is the PeakD SocialFi platform.

PeakD is a decentralized platform designed for content creators to have an immersive blockchain experience while retaining control over their content. It was founded from Steempeak.com and launched in 2020. PeakD users are received by the platform bot, which is an automated response tool, and they have the freedom to set beneficial rewards, which they decide whether or not they go to the platform.

PeakD refers to block producers as witnesses, and those in charge of processing data blocks are rewarded with HIVE. Users can become block producers through campaigns and votes.

PeakD Day 1: Getting Started on PeakD

PeakD signup necessitates the security configuration of the user account. PeakD’s security is provided by a blockchain password known as “key.” This key is a long alphanumeric code that is difficult to remember; users must copy and paste it correctly. The keys give users sole access to their accounts, and no one else can access them except themselves.

Hive Keychain is an open-source third-party browser extension, similar to Metamask, that stores users’ private keys and signs transactions that require user authorization. Users do not need to give or post their passwords on any website or application when using the Hive keychain tool.

Hive signer is an authentication system that authorizes transactions. The PeakD platform does not require users to reveal their keys; instead, they enter them into the Hivesigner, and the platform processes their transaction request. PeakD will only perform an action requested by users when they sign up with the correct Hivesigner key.

A mastery of the platform attracts benefits such as earning rewards on posts, creative customization of content and viewing experience, and trust that the content published is on a censorship-resistant blockchain. Posts can be found on sites other than Hive, such as Hive.blog and hiveblocks.com.

Contents and Contents Creation on PeakD

When contents are published on PeakD, only text is stored on the Hive Blockchain. The platform provides storage for pictures and videos; users can upload videos and pictures from other locations. Private content is not permitted on the PeakD platform. Therefore, users should be aware that all content published on PeakD is made public. However, sending and receiving private memos is allowed.

Plagiarism is strongly discouraged on PeakD; users may only post content that is not their own if they have obtained permission to do so. To support the permission, a source reference is added to posts that did not originate with the user. The source reference shows that the user is allowed to post and that the original creator has made the content open and free to use.

Users must interact, comment, and upvote in order to drive traffic to a published piece of content. Directing viewers from outside the platform to published content, consistency, and strong connections both inside and outside of the platform all contribute to driving traffic to a post.

PeakD has a reward system that generates rewards for votes on posts. Hive has two token models: HIVE and HBD (Hive Backed Dollar). Users are rewarded in the platform’s two cryptographic currencies, which they can keep in their wallets and exchange for cash or other cryptocurrencies on secondary markets. The major ways to earn Hive and HBD are through posts and purchases from secondary marketplaces.

Users who want to earn on the platform should consider the quality of their content, establish in-platform connections, maintain consistent engagement and interaction on the platform, and hold more HIVE in their user-wallet. HIVE Reward Pool is also a reward unit on PeakD for content creators.

Posts on the platform cannot be infinitely upvoted at the same value; each time a user votes, the value of their next vote decreases. Voting Mana indicates users’ maximum voting limit; voting Mana shows users their maximum vote value or how close they are to it, based on a percentage system.

Active voting reduces Voting Mana, giving room for more voting chances, but dormancy increases Voting Mana due to timed regeneration. Voting Mana is regenerated daily, and the maximum number of votes per user is ten. However, users can cast more than ten votes per day with the knowledge that their Voting Mana will be reduced accordingly.

Votes from HIVE Power holders entitle the post that is voted for a reward in HIVE. HIVE Power tokens are enhanced HIVE tokens that, unlike HIVE, are not easily transferable and are set aside to add value to posts and more resource credits.