What You Need To Know About Script.TV
Advertisement

PeakD: A SocialFi Platform on Hive for Contents and Content Creators 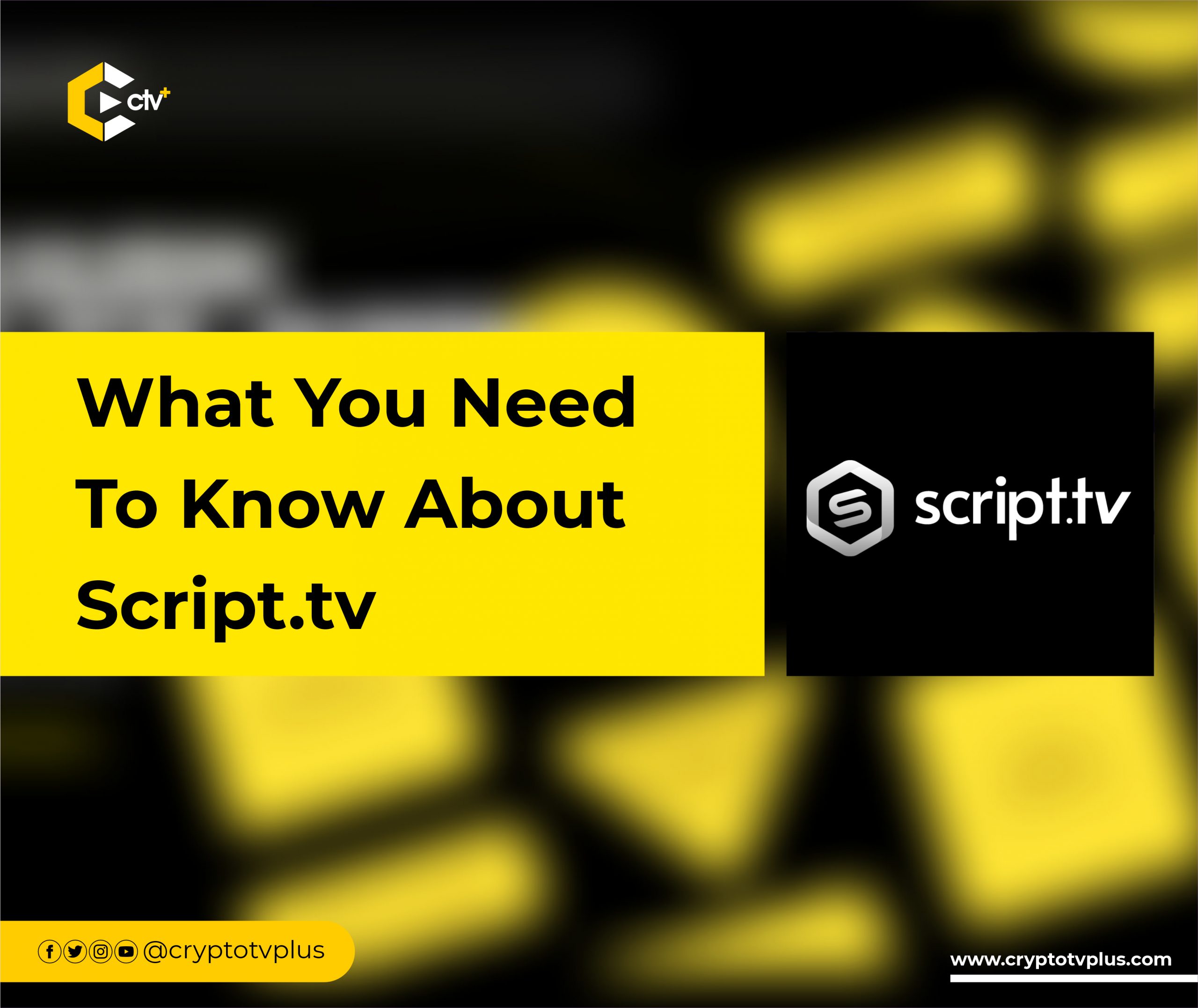 Script.TV is a decentralized community-operated video streaming platform focused on solving the existing problems associated with existing streaming platforms. Script.TV was co-founded by Abiel, Akeem and Jonatan. Script.TV in its setup will feature applications that will provide varieties of unlimited entertainment to users through their various channels and at the same time reward both the viewers and the content creators with its native token.

Based on its decentralized structure, Script.TV provides a video platform that is designed to improve the streaming experiences of users, content creators and advertisers. Script.TV claims to be the first linear TV and film experience on blockchain.  It was created to solve the problems associated with the centralized media space, such as low CPMs as a result of middlemen interference, sluggish payout times, launch delays and lack of analytical data for content partners. This leads to the inability of users to get adequately remunerated accordingly and provides them with little or no opportunity to connect with the Script.TV community or content creators which makes them unable to enjoy the benefits that comes with it. Thus, the incursion of Script.TV will create the missing bridge and fix this disconnection.

In addition, Script.TV is a two-phased streaming platform, focused on the content partners whose shows or films will be streamed on the platform, and the viewers who will watch this content.

Script.TV has two native tokens, SPAY and SCPT. SCPT for staking and network management while on the other hand, SPAY is used as gas on the Script blockchain. SPAY is used for all transactions on the blockchain such as payments for sharing a video stream, interacting with smart contracts, NFT transactions, fees, etc.

On Script Network, Script NFTs will be used to create a piece of content that can be bought, traded and stored for value and these will all be directly connected to the films and shows on Script.TV. Users will also get opportunities to claim and earn time-based rewards, stake valuable NFTs, earn off-chain rewards and gain access to events, screenings and cinema tickets through the accumulation of SPAY tokens and Script NFTs.

Script.TV will use Solidity smart contracts that will allow users to mint Ethereum-based NFTs at a reduced fee using the SPAY tokens. And as time goes on, Script.TV will launch NFTs with cross-chain accessibility.

Furthermore, a mechanism that enables content partners to create, trade and use their own NFTs will be incorporated into the Script.TV platform. This allows content creators to use NFTs to interact with their audience.

By operating and utilizing the Script.TV web app, once a device is used to surf the Script.TV web space, it’s eligible to become a Script node and then qualified to earn more  rewards for videos cached or distributed. Becoming a node gives access to earn daily rewards, exclusive NFT and limited opportunities for helping secure and grow the Script Network ecosystem.

Since Script.TV is creating a connecting bridge between users and the community, active members are remunerated with multiple rewards including cinema tickets IRL, fractionalized payouts for Script Network assets and more.

The Script.TV platform also works with a referral system that rewards users for every new user they bring to the network with SPAY tokens. These rewards are based on how much total SPAY is bought through their referral link. This system has its terms and conditions which apply to them.

Script.TV has secured partnerships with reputable bodies such as Kenzo ventures, Polygon studios and Gate.io labs. Script.TV as a streaming platform also has its global community of partners who help the platform to build solutions and services for customers.

What do you think about this article? Share your comments below