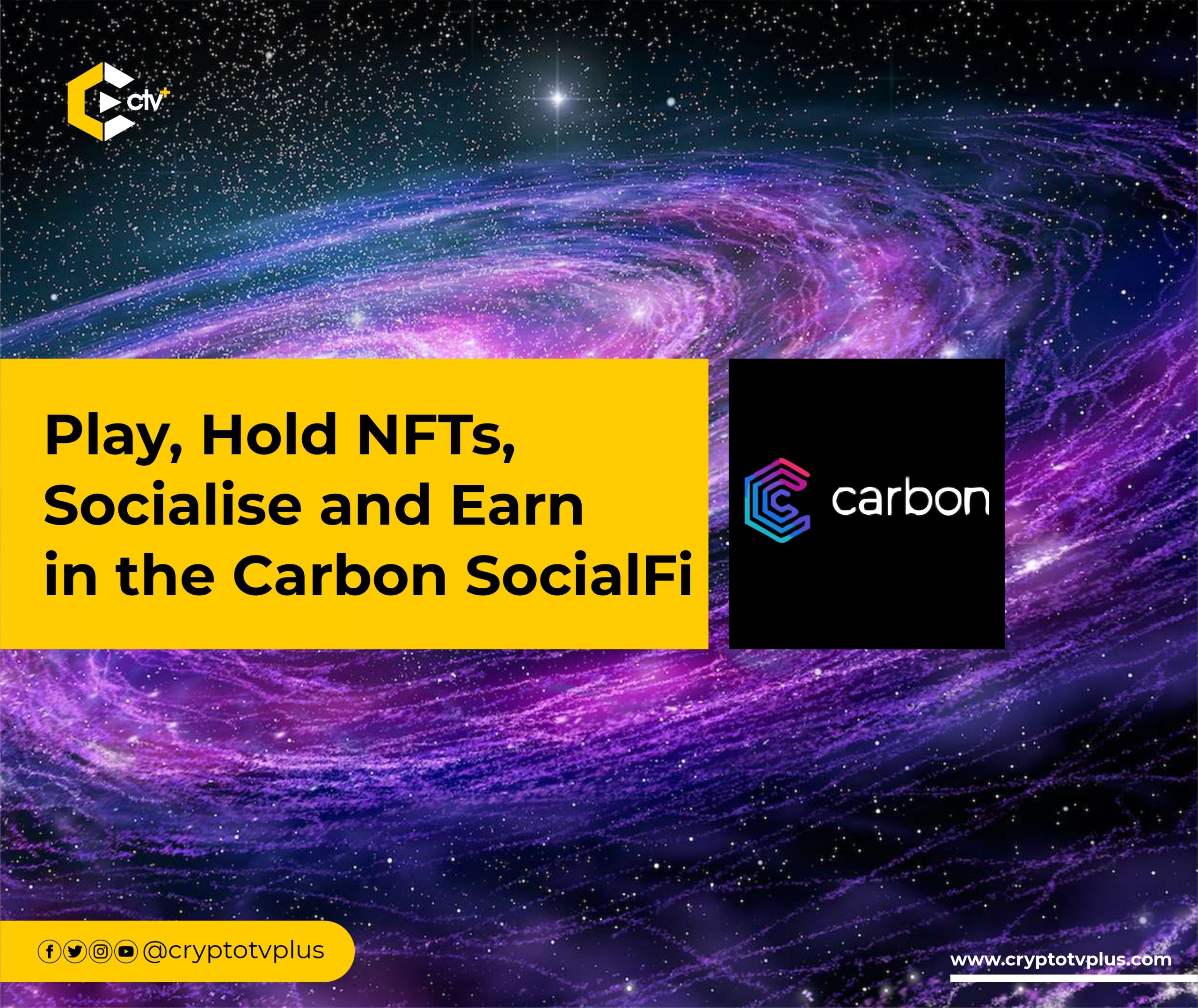 The world of online social networking was altered between the late 1990s and early 2000s. SixDegrees.com is known to be one of the most prominent and earliest forms of social media. Others like Myspace, Friendster, and Hot or Not followed. Then came the boom. In 2005, Facemash was launched. Later, it was changed to “The Facebook” and finally, Facebook, and that trend came with the release of Twitter, LinkedIn, Tumblr, YouTube, etc.

Each of these platforms is dedicated to one activity or the other. For example, Twitter is a microblogging platform. Facebook is for informal communications while LinkedIn is for professional networking. In the Web3 space, Carbon wants to create a project that will combine all these features so that users can be at a spot and enjoy these utilities.

This will be built on a blockchain for decentralization of operations including the ability to earn, control user data, and more.

In Carbon, there will be no need of checking in and out to access news, socialize and even monetize your content as a user. Carbon is building a full SocialFi structure to fulfill the needs of the Web3 user.

On the Carbon platform are common features seen on Web2 platforms as Carbon Live, which is like the Twitter format that allows users to see the latest posts; Encrypted Messenger that creates an end to end encryption on messages; Faves where users can see a list of top 20 items they select according to preference.

These are the unique Web3 features Carbon brings to its users:

It’s hard to see a decentralized platform without a token. Carbon platform has one and it’s the $CRBN token. With Carbon (CRBN), an ERC-20 token, users can advertise, tip other users, and play games. The $CRBN token has a 50m max supply

For now, the Metamask Wallet is what is being used to run transactions in the Carbon ecosystem. However, there are plans to have a native wallet that will house the $CRBN token as well as other tokens. This will enhance cross-chain functionalities between the $CRBN token built on Ethereum and other similar blockchains.

In the Carbon platform is a portfolio tracker that gives updated information about the asset value a user owns each time. “We’ve built in an awesome cryptocurrency portfolio tracker, allowing you to paste in wallet addresses or add custom transactions and monitor your balance,” says the website. “Carbon Portfolio works with ERC20 and other chains such as BSC.”

Carbon launched a series of NFTs which sold out to its community. The name of the NFT is Carbonians, and only 100 were minted. These NFTs can be used to play games as well as have access to monthly exclusive goodies for its holders.

The leaderboards are where the names of the top 300 Carbon users for each month are displayed. Selecting the leaders to display is based on the points each has earned in the Carbon platform. And there are various ways users earn points on the platform. For each game, there are leaderboards too performing the same functions.

For users who can create useful content relevant to what the community wants, tips can be sent to them in a few clicks. These tips are sent in Carbon Credits but can be withdrawn on ETH, BSC, or Matic chains.

Although yet to come on, these features will allow fans to communicate and connect with their special stars. It will be accessible to everyone but users can control who sees their live chat and who is permitted into it.

As users get into the platform, some of these features will be limited to the amount of $CRBN held. And their rewards and special privileges are given to holders of $CRBN tokens.

Challenges and Road of Carbon

Steemit, DTube, Sphere, Futurepia, Sapien, etc, and more are examples of Web3 platforms that are gearing towards creating an ecosystem to help users socialize and earn. This brings huge competition for Carbon in the SocialFi space.

Live chats and a CRBN wallet are among future developments that will be added to the platform.

There is no in-depth explanation of who the team members are developing the Carbon platform.

The SocialFi ecosystem is expanding daily as more applications are created to make it possible for users to have access to these new tools. With Carbon, more social activities will become of benefit to users.