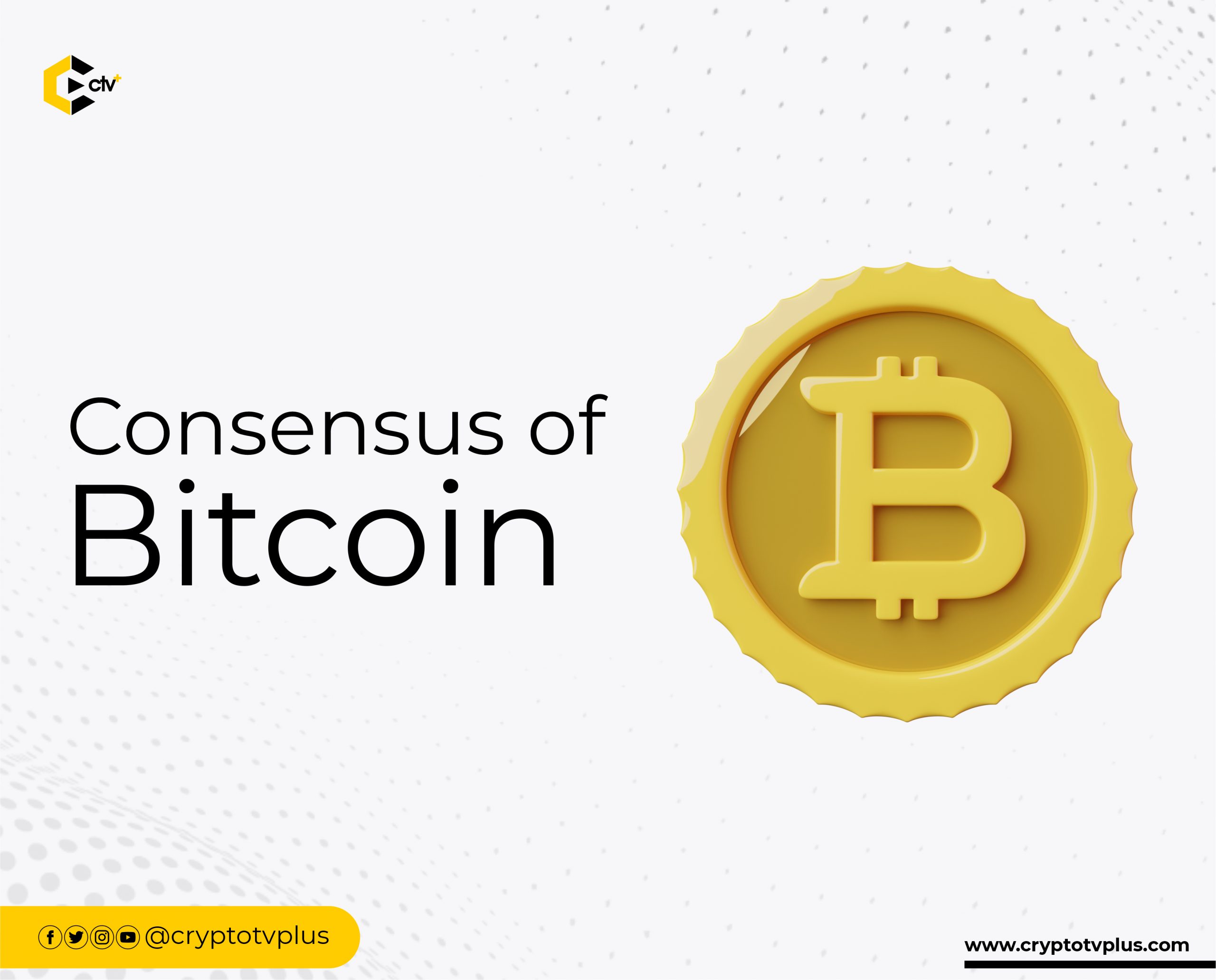 If you’ve followed our posts on CryptoTvplus, you’d have seen a lot about consensus for example Proof of Location, Proof of Stake, Proof of Work for Ethereum, and Proof of History of Solana.

Consensus is a description of how a particular blockchain reaches an agreement on its network concerning the verification and validation of transactions before the creation of blocks. It also controls the sharing of rewards participants who act as miners or validators. In Bitcoin, the consensus used is Proof of Work.

How does this work in the Bitcoin network? What are the peculiarities and are there needs for changes? These are some of the explanations you’ll get to know in this post.

How does it work?

As the name goes, Proof of Work measures how much has been done to make a transaction go through in any blockchain that operates with this system. So you see that for blockchains that make use of this consensus, there is always a need to have more complicated computer systems that will solve mathematical problems faster, create blocks and get rewards before any other miner can do the same.

A miner or node is a computer that participates in verifying blockchain transactions and then creating new blocks and cryptocurrencies of a particular blockchain network. In Bitcoin, when an individual initiates a transaction, let’s say John wants to send 0.5 BTC to Sarah, his girlfriend for Valentine, he’d have to initiate that process by making sure that he has up to 0.5 BTC in his wallet.

Once he has more than that, he’d need to get Sarah’s bitcoin public key or wallet address. If Sarah sends an address that’s not a bitcoin wallet address, the transaction will not go through or the bitcoin could get lost.

So, once John gets it, he opens his wallet and navigates to the SEND section or page, inputs the address, inputs 0.5 BTC or the equivalent in their local currency, and clicks to send or confirm the transaction.

In the Bitcoin network, some miners are scattered around the world, using very complex computers connected to the Bitcoin network (remember it is permissionless, so you don’t need permission to join or become a miner so long as you have the right tools) who solve mathematical problems that are created during transactions like that of John to Sarah.

Once the process is one, let’s imagine that a miner named Emeka with an ASIC computer was able to detect the transaction, immediately she deploys her computer to solve the problem of the hash that is created. Don’t disturb yourself with how this is solved except you are a developer. Emeka’s computer will guess the solution alongside other computers until one computer gives the right guess and then is allowed to validate and create a new block from that transaction.

Immediately the problem is solved, the transaction will pull through and then Sarah receives 0.5 BTC worth over $20k in today’s value of bitcoin, for valentine. All nodes are notified about this immediately so that updates are received as well.

The process involved in validating the transaction consumes energy. It is this work that Emeka’s computer does that is used as proof that her node, which is her computer, is certified to receive the reward for that transaction as her involvement will create more bitcoins, and then John is meant to pay transaction fees for the process.

That energy that it consumes is part of the challenge Bitcoin faces and some environmentalists are calling for its destruction. Here is a real example of a bitcoin transaction with the reward:

Advantage of Proof of Work

Using the Proof of Work consensus, you have a very high level of security embedded in the blockchain. This Is why it’s difficult to hack Bitcoin. For one to do so, the person must have control over at least 51% of the network and that is close to impossible. Another advantage of Proof of Work is that it provides a decentralized system for verifying transactions. It means that no one person controls the system of verification.

One more good side of Proof of Work like other systems is that miners earn crypto by participating and validating transactions. This also makes it more secure since 1 BTC is a lot of money, (I wouldn’t want a person to spoil my business as a miner). It’s one of the best incentives that has kept the Bitcoin ecosystem.

Disadvantages of Proof of Work

Although this can be faster than some traditional means of sending money, Proof of Work has inefficiency with transaction speeds. If you compare the transaction rate of Solana with Bitcoin, you’ll realize that this is so slow. The same challenge is what Ethereum is facing so that most of the utilities built on it use Proof of Stake instead of Proof of Work. Transaction fees are also high. When placed side by side with credit card models, it’s relatively low (for high value transactions but not for low value transactions) but in the blockchain ecosystem, it’s high.

$0.00025 is what Solana collects as a transaction fee. Fantom can go as low as $.0.0000001. The next disadvantage of Proof of Work especially for Bitcoin is the amount of energy consumed. It has become a debate whether this is enough to scrap the cryptocurrency which is close to impossible. But it is an issue that must be addressed. There is another school of thought that thinks the energy consumption of Bitcoin is not as outrageous as portrayed.

And then, we can say that this high energy usage also plays a big role in the cost of machines used for mining bitcoins. Any miner with a more sophisticated machine, which will most likely be more expensive, has a higher chance of validating transactions than others.

This consensus still makes the Bitcoin network unique because it maintains its decentralization and security tightly. These two features are the gold rings of  Bitcoin. Losing them will be detrimental to the ecosystem. As you can see, several options have been tried in the forks of Bitcoin yet none have matched the strength of the “firstborn” of all successful cryptocurrencies. On the other hand, we are also clamoring for scalability to be enforced in the network. Lightning Network is one of the most successful experiments in that direction. Speculations that Bitcoin will migrate from Proof of Work to Proof of Stake like Ethereum is expected to, is also raging. Will it happen? Let’s hear what you think.