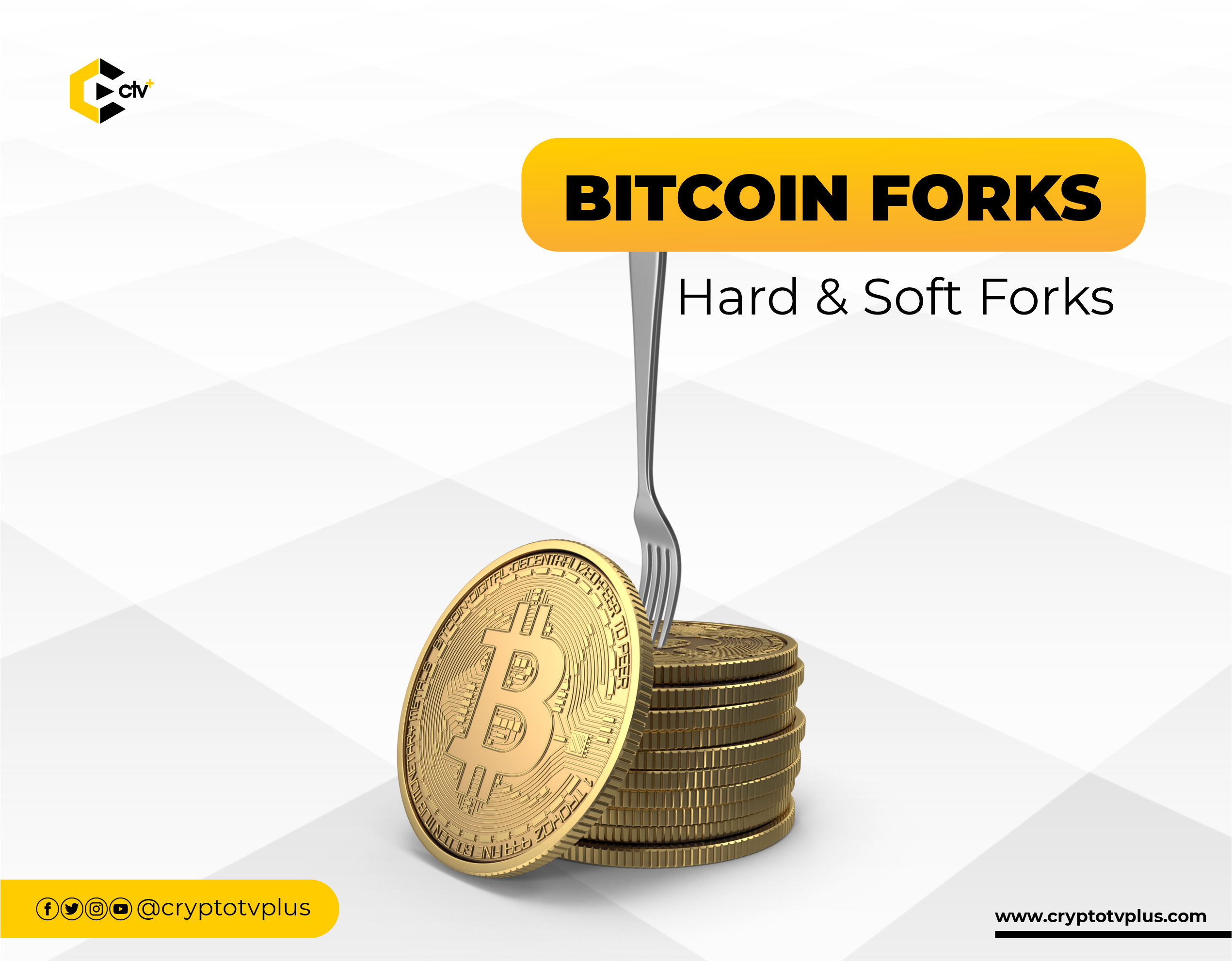 We’re not in a cutlery class but if we are, what do you think a fork can do with Bitcoin? When I first heard about forks in Bitcoin, I wondered what it was as well. To a greater extent, the cutlery fork gives a view of it. How do you use the cutlery fork? Most times it’s used in conjunction with a knife to slice meat or a portion of the meal you’re eating that needs to be divided into two or more parts.

If this is clear to you, then you have an idea of what a fork is in a blockchain and not just Bitcoin because any blockchain is susceptible to forks except private blockchains which will be harder if possible. In concept, a fork is “what happens when a blockchain diverges into two potential paths forward –  a change in protocol, or a situation that occurs when two or more blocks have the same block height”.

We can also say that forks occur when new features are added to a blockchain or to reverse the effects of hacking or catastrophic bugs.

As earlier said, the major reason why forks occur is that a group of users or developers want to implement different rules in a particular blockchain and so they either do so in the old version or enforce it by breaking away from the old version. Two other reasons can be for the mutual upgrade of the previous version like what Ethereum is planning to do or as “a way to crowdsource funding for new technology projects or cryptocurrency offerings,” says Jake Frankenfield.

There are two kinds of blockchain forks.

What are Hard Forks?

They occur when a new version of a blockchain (Bitcoin) is created by splitting completely from the previous version. It’s like a full divorce and separation. When hard forks occur, there is no transaction or communication between the new version and the old version.

The two versions are separate and the separation is permanent. Here, all nodes or users are required to upgrade to the latest version of the protocol software, or else they cannot have access to the new version.

What are Soft Forks?

They occur when there is a change to the blockchain protocol rather than the end product so that there is still communication between the new and old. “This kind of fork requires only a majority of the miners upgrading to enforce the new rules,” explains Jake Frankenfield, “as opposed to a hard fork that requires all nodes to upgrade and agree on the new version.”

The number is quite outrageous. There isn’t any other blockchain that has the same number of forks as Bitcoin. There are 105 Bitcoin forks projects according to forkdrop.io, a site dedicated to observing this process. Imagine someone that has been divorced more than 70 times, can the person stand?

Well, out of the 105, 74 are still active and relevant to holders of bitcoin while the remaining 31 are almost dead. Let’s take a look at some of the most vital ones here. Before we look at the forks, le this see a few peculiarities of these forks:

Here are the top Bitcoin forks and their relevance:

Bitcoin XT is known to be the first Bitcoin fork which was initiated in late 2014. The software was launched by Mike Hearn because he proposed new features that will increase the transaction rate of Bitcoin from 7 to 24 per second.

How was this meant to happen? The block size will be increased from 1Mb to 8Mb. It was successful having more than 1000 nodes in participation but a few months down the lane, users abandoned it. Today, it is not in operation.

Just like Bitcoin XT, Classic came on board after the decline of XT, with the same vision of increasing the block size but from 1Mb to 2Mb. It was launched in 2016 and had more than 2000 nodes in operations. Currently, it still exists but with less participation compared to when it was launched.

This version came in around 2016 with a unique feature where the size of the block was not predetermined. Anyone could have a block size up to 16Mb. Long story short, the project failed. It was a hard fork

Segwit as it’s called was a soft fork of Bitcoin that was created to reduce the size of each transaction so that more transactions can occur per time.

It was proposed by Bitcoin Core developer Pieter Wuille in late 2015 but to an extent led to a fork that created the most successful hard fork of Bitcoin, which is Bitcoin Cash (BCH).

Yes, this is the most successful of all Bitcoin hard forks and is amongst the top 25 cryptocurrencies using the market cap as measurement. It was launched on August 1, 2017, and allowed a block size of 8Mb.

Bitcoin SV is a fork of Bitcoin Cash so it’s like a “grandchild fork of Bitcoin”. It was initiated to have a blockchain that adheres to the original structure and vision of Bitcoin protocol and focus as stated in the Bitcoin white paper.

So Bitcoin SV is offering a scalable network that permits direct use cases like payments and distributed data applications for everyday users.

Just like Bitcoin SV, Bitcoin Gold was launched in 2017 as a user-friendly alternative to Bitcoin, where the security and toughness of Bitcoin with possible opportunities for experimentation and development. One of its uniqueness is to make mining easier than the original Bitcoin does.

Here comes the Proof of Stake forked blockchain of Bitcoin. It’s a rebrand of Bitcoin Cash ABC (BCHA), a fork of Bitcoin (BTC), and Bitcoin Cash (BCH). Part of the mission of the developers is to make the coin support interoperability with Ethereum Virtual Machine giving access to global DeFi functionalities.

Forks are possible because a blockchain network is decentralized and developers or users want to get a different experience from what they have always seen. As we progress, it will not be out of place to have more forks coming up. Bitcoin seems to be the blockchain with the highest number of forks in history. Someone, it shows the strength of the blockchain why it has thrived despite all that has been “done” to it.