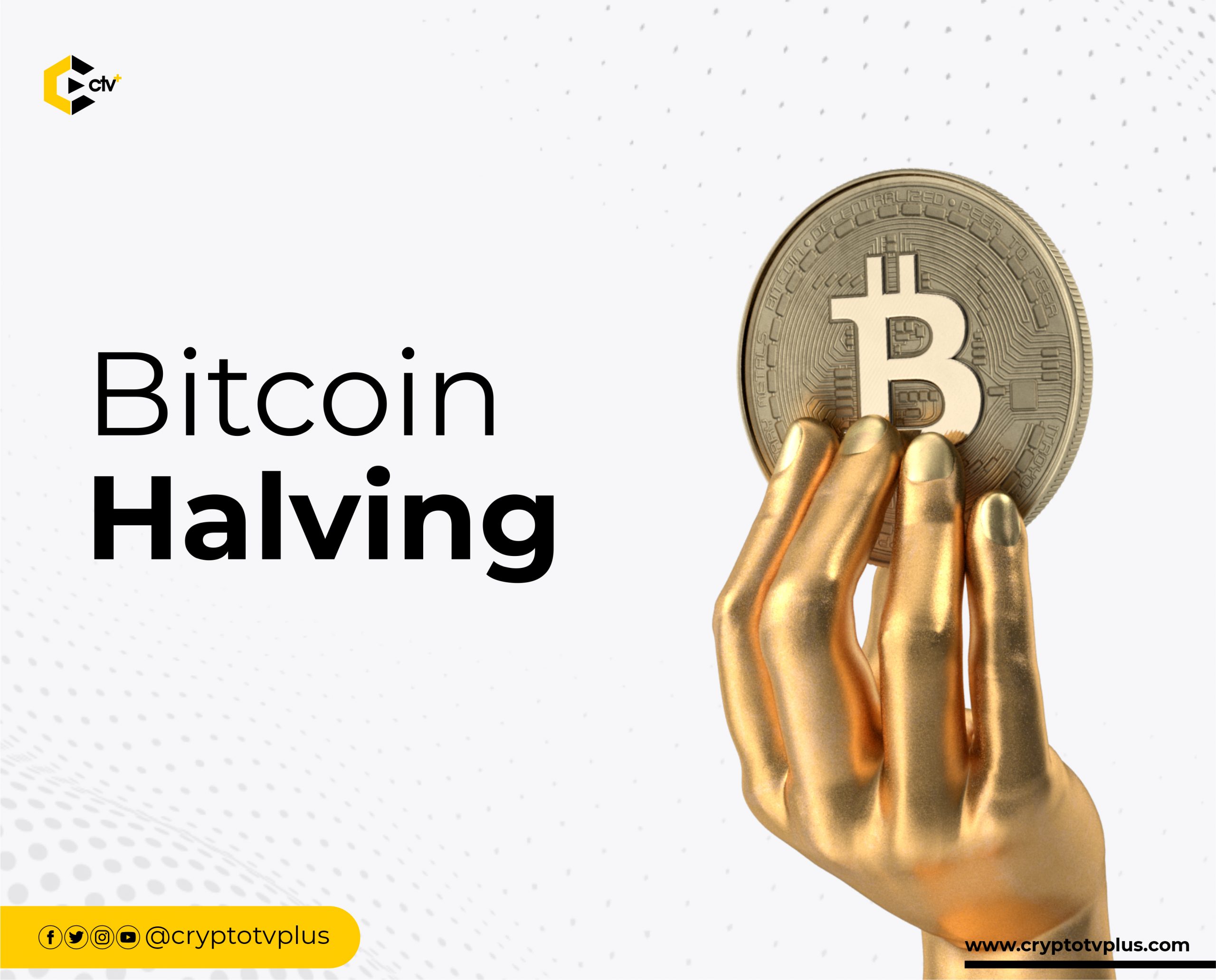 Imagine a world where for every 20 years you live on earth, you are given access to 50% less oxygen than you had the previous year. What do you think would happen to us? And then what will also happen to oxygen? Its value, per se? This gives a clue to what halving is. The last halving that occurred, in May 2022, in the Bitcoin network gathered attention all over the world.

Halving is a process of reducing the reward miners get from mining a particular cryptocurrency. In the case of the Bitcoin network, for every block that is created, the miner who solves the mathematical problem that brought the block creation is given a certain value of bitcoin. From the days of the Genesis Block, the reward for creating a block in the Bitcoin network was 50 BTCs. This was reduced by half, to 25BTC and down to 6.25 BTC in 2020. This means that for any block formed, 6.25 BTC is given to the miner.

No one can control the halving that occurs in the Bitcoin network. So what happens is that the dates have been set based on calculations and the entire crypto community looks forward to such dates as the price of bitcoin has been known to surge once halving occurs. For every 210,000 blocks mined, one halving will occur. That is roughly every four years until there is no other halving that will occur. In the Bitcoin network, once 32 halvings occur, there will be no other halving again as no bitcoin will be created again.

This is where we are now waiting for expectations on what will happen. The price is not known yet but the dates and rewards will be March 28, 2024, according to Bitcoin Clock while the reward will move from 6.25 BTCs to 3.125 BTCs.

Why is Halving Done?

There will be no transactions verified, the value of the coin will go down, security will be tampered with because the more nodes that are connected to the bitcoin network the more secured it is. There are currently more than 14k Bitcoin nodes globally. As miners are connected, they help to verify transactions so that I can send bitcoins to you and you’ll see it in a few minutes. However, if the miners keep doing that without reward, they will stop. They use very sophisticated computer machines like ASIC to verify transactions and create blocks. For each verification, a specific amount of Bitcoin is given to the person that was able to solve the mathematical problem for the verification of the transaction.

Before we look at the implications of this halving, you’d want to know that this will last until 2140 which according to projections will be the year when all 21 million bitcoins would have been mined. If this happens, what do you think will happen to everyday users, miners as well as investors? What will be the implication of the halving considering these three effectors?

There’s every likelihood that the price of bitcoin will shoot based on the laws of demand and supply provided all circumstances being equal. As halving follows, the rate at which new coins are produced is lowered causing scarcity, and as earlier said, demand will increase causing the price to go up. Although we know that from time to time, the market will correct itself once there’s over buying of BTC. Don’t forget that miners will tend to factor in the increase in production so to say, to mine more blocks, therefore asking for more to be paid by those who want to buy bitcoins.

In the case of miners, of course the implication for everyday users is the same with them as they are part of the everyday user group. However, in a peculiar way, once the entire 21 million bitcoin has been mined, miners will most likely be rewarded from the processing fees users of Bitcoin will pay. Otherwise, nodes will begin to reduce due to lack of incentives. Another challenge for these miners is the capacity of their systems to keep the network going in comparison with bigger corporations. Will they have the capacity to compete with the big mechanism these large organizations have? From research, it’s known that the price of bitcoin increases as the mining capacity decreases and vice versa. If this happens, it might be a threat to the security of Bitcoin.

Let’s imagine that halving does not increase demand and price, that means there will be no incentive for miners right? And further, the reward for completing transactions will be so minute and the value of bitcoin will not be as high as expected? Well, if this happens, the code that controls the level of difficulty of mining in Bitcoin will always come into play so that it will be easier for miners to validate in sync with the smaller amount of Bitcoin given as reward. It has happened twice during previous halvings.

Halvings is good generally for investors as the previous data of this process has shown that whenever this happens, the price of bitcoin relatively goes up and then down but always higher than where it used to be before the halving. In the long run, the finite nature of bitcoin should give it the full right to be called digital gold. It’s a trend too that prior to halvings, transactions in the network always surges as a lot of people crave to get profit from buying more bitcoins. Then after the halving, the correction is done and more stability is gained. The time frame cannot be ascertained.

[…] is one of the first games to introduce halving of tokens as you can see with Bitcoin Halving. GMT will be halved every three years for the sustainability of the app. This will start from 15% […]