Bitcoin: How the bear market has affected Institutions
Advertisement 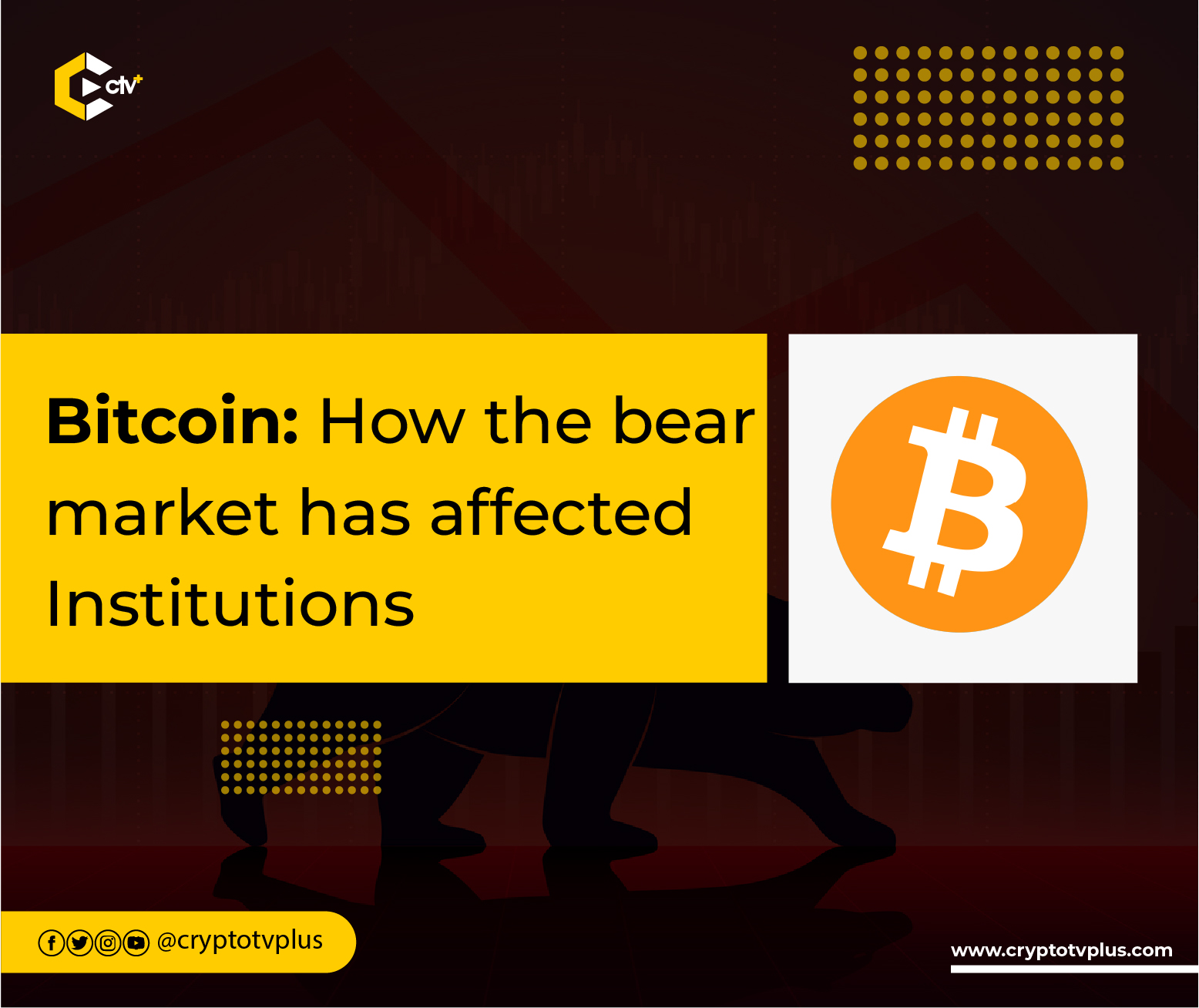 Thomas Restout, CEO of B2C2 at the Bitcoin Amsterdam event 2022, said that institutions in the last six months have taken a step back on the number of risks they are willing to allocate. He said this is the major crisis the market is going through, as relates to Institutions. He mentioned that the credit crunch is the most important factor to Institutions in the crypto market.

BitGo views Institutions as big money makers, asset managers, hedge funds, banks, and large corporate treasuries. Institutions able to go through the period of the downturn are those who have prudent risk management or resilient risk models, Thomas said.

B2C2 CEO highlighting institutions’ status with the firm, said, the amount of capital Institutional clients have with them has not diminished in line with the Bitcoin market. However, the assets owned by institutions have diminished in dollar value and volume but not in asset terms.

Thomas Restout emphasized the obvious effects of the market status on players’ actions. He said, “the effect of the downturn on the market is a deleveraging of the market because people don’t lend to each other as easily as it was done before and this has ironed out the distortion in the derivatives market.” Market spread, relating to trading Bitcoin today, has roughly collapsed 50 percent since the beginning of the year, which means a meaningful gain for people needing to transact in Bitcoin, 50% cheaper, he added.

Further explaining, he mentioned specifically that, for Institutional adoption and the next wave of people trading the market needs to be more stable. “The consequence of the last six or 12 months is that we are seeing a more orderly market.”

G2X co-founder Theodore Rozencwajg, at the event, said that the bear market has made Institutions settle down, and decide on good strategic plans rather than turn a blind eye to risks. “It (bear market) is very necessary so we become more mature in this industry,” Alex Hwang, Head Institutional Business Department at Bitget added.

Theodore also mentioned that the big difference between this bear market and the previous is that institutions are not backing down, unlike previous crypto bear markets.

What do you think of this article? Share your thoughts.