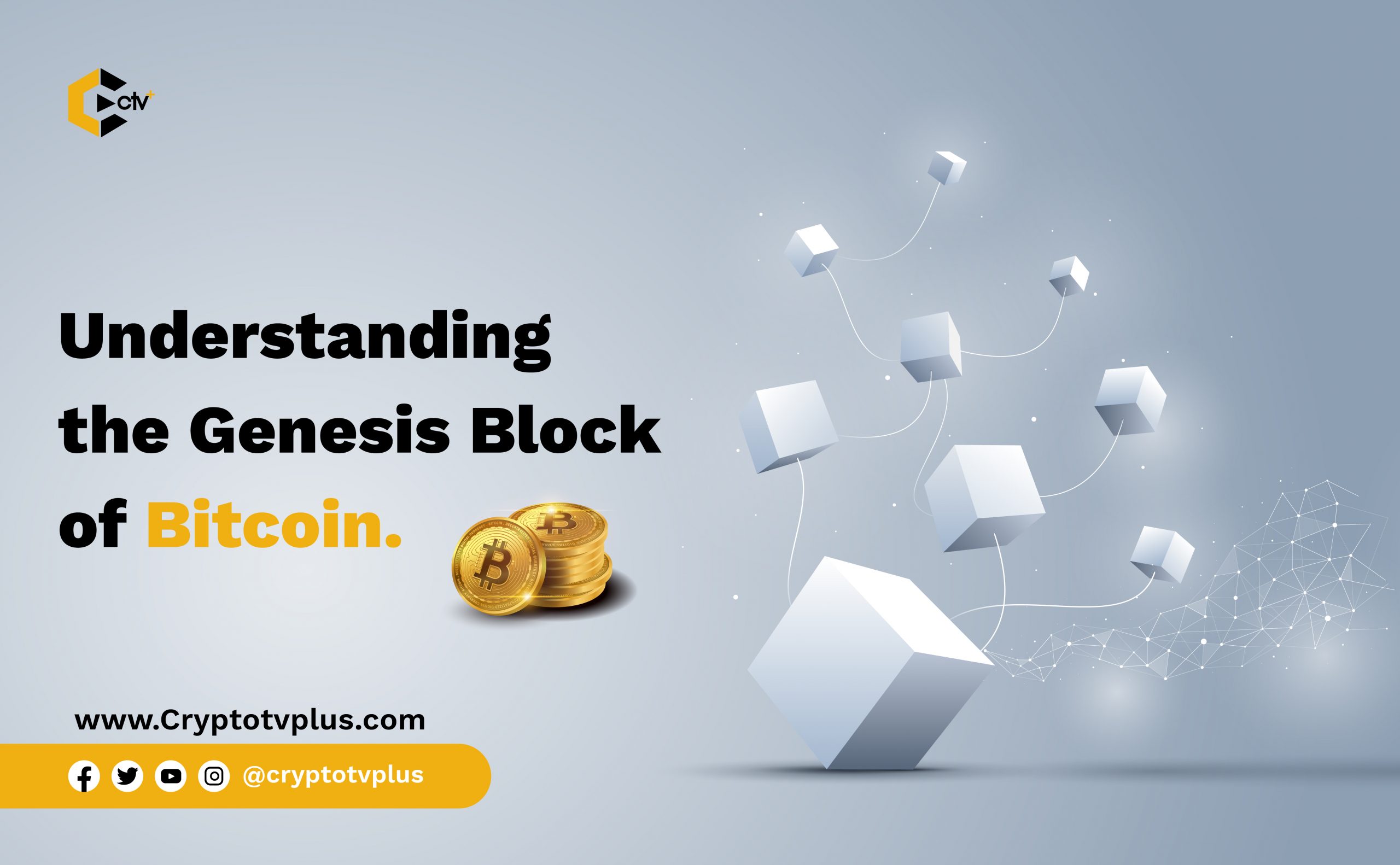 “In the beginning…” I guess you can complete that statement if you’re conversant with the Holy Bible, where the description of how God created the heavens and the earth and everything that’s in it was explained in such awesomeness, Adam being the first man on earth.

And that particular book in the Holy Bible is called the book of Genesis, meaning “in the beginning”. Now, there’s another beginning in the blockchain era that’ll interest you as Bitcoin turned 13 a few days ago.

If you were to see Satoshi, I guess that one of the basic questions you would ask him is how did this disruption start. And guess what? You’d be introduced to the Genesis Block. Why? It is the beginning of all blocks in the Bitcoin ecosystem.

What is the Genesis Block?

First, it’s important to note that in the architecture of Blockchain technology, validated information is stored as blocks and each block is linked together forming a chain, hence the name, Blockchain.

So, each time a transaction or activity is carried out and verified, a block is created representing that information so that it can be accessed at any time but cannot be changed except with the 51% attack mechanism.

The blocks created are layered on each other, connecting the most recent block with previously formed blocks and sharing information. A mild illustration is seen with the explanation of Dr. Graham Coop, University of California, Davis, on the connection each person has by carrying genes from eleven generations back

Interestingly, as Adam is the first man on earth, so also the Genesis Block is the first block formed in any Blockchain ecosystem. Bitcoin has its own so does every other descendant of the decentralized system.

The presence of a Genesis Block and its strong cryptographic connection to all other blocks that will be mined shows a glimpse of how secured and immutable the Blockchain technology was designed to be. On the 3rd of January, 2009, Satoshi created the Genesis Block of Bitcoin.

The six days gap between Genesis Block and Block 1.

Appears strange right? Remember, that the timestamp for Bitcoin is around 10mins. And so, why the delay by more than 8 thousand minutes?

So far, there are so many speculations on what happened. The first here is that Satoshi spent those six days mining the Genesis Block, making sure that it was stable and secured after which he backdated it to the 3rd of January.

Another group has it that it was a mimic of the creation story from the Holy Bible where God used six days to create everything before resting. Well, we can’t verify which one is right yet. If the genius himself was here, perhaps the reason for the delay will be made known.

Who will spend the first 50 BTC?

Another interesting detail about the Genesis Block is that 50BTCs (over $2.4 million in today’s value) was linked to it. Here’s something intriguing about those BTCs: they are not linked to any transaction carried out in the Bitcoin blockchain.

It was not traded with or spent like many other BTCs used today. Using the link to locate it will release an error message as the entire Bitcoin system cannot find any transaction linked to the 50BTCs. And then, a question arises: What must have made Satoshi allow 50BTCs to go in that direction?

Was there a mathematical calculation that demanded that 50BTCs be linked to the Genesis Block of any blockchain platform? If you research other Genesis Blocks, it’s hard to find a replica of the abandoned 50BTCs like in the case of Bitcoin.

For some people in the crypto community, it seems like an error made by Satoshi which can be true but such error will not be so accurate and distinct from observing the nature of work put into making Bitcoin successful.

Another thought is that it was meant to stand as a foundation that will enhance every other transaction that will ever exist in the system. You can see how most new cryptocurrencies go through burning given strengthening the structure of their platform.

To date, some Bitcoin loyalists send bitcoins to that address for whatever reasons they have. (What would you do if Satoshi gave you a link to those royalties?) So, the Genesis Block contains 50BTCs that cannot be spent or accessed. What do you think might be another reason for this?

Within the Genesis Block, it’s noted that a message was encrypted to it. And here’s it:

Trying to decode the meaning of this is also hard but there are several ideas around the meaning and significance. One of the strongest is that the message is an expression of the mission of Bitcoin which is the opposite of what the traditional banking system is about.

Bitcoin was going to liberate man from the deficiency of the current monetary system that limits and stifles the lives of people and that’s not self-sustaining.

For traditional systems, there will always be a need for bailouts from the government who can print money at will, in conjunction with its Central Bank. Bitcoin wouldn’t have any need for a bailout. It’s self-sustaining, hence the movement from TradFi to DeFi.

To buttress this more, it was discovered that the message is the headline of an article written in The London Times on that same day. What a coincidence! And sure, it raises more questions like, Was it why he had to release bitcoin that day?

Was it a way of telling the world in the future that Bitcoin is the first to change the global financial system using decentralization? Did a secret personality in the traditional system inform Satoshi that the magazine would come with that article and so it would be good to have a ride on it? Can’t tell.

But it gets clearer that it’s connected to the financial system of the world and the changes Bitcoin is coming to make.

Thirteen years later, the entire world can feel it evidently and so many reactions are coming on for and against cryptocurrencies, DeFi, GameFi, NFTs, DAOs, and other products built on decentralized systems.

The revolution is disrupting all sectors starting from the financial markets to retail and health. The Genesis Block is truly leading us to an Exodus from traditional monetary economics to a more free, transparent, and inclusive system for all.

Perhaps, like the children of Israel, we are headed for our promised lands because so many blockchain projects are coming up, giving us more value than just financial inclusiveness.

(Thanks to Ethereum’s founder, Vitalik, that added more value beyond what Genesis Block is doing.) Those promised lands will not be without hurdles from government policies to mass adoption and other unforeseen factors.

However, as man is a creative and curious being, more is yet to come for cryptocurrencies and disruptions of human life we were ushered into, officially from January 2009.

Over to you: on a scale of 1 to 10, what’s your rating for this disruption that we’ve been given from the origin of Genesis Block to our current situation?

An Overview Of Genesis World Metaverse