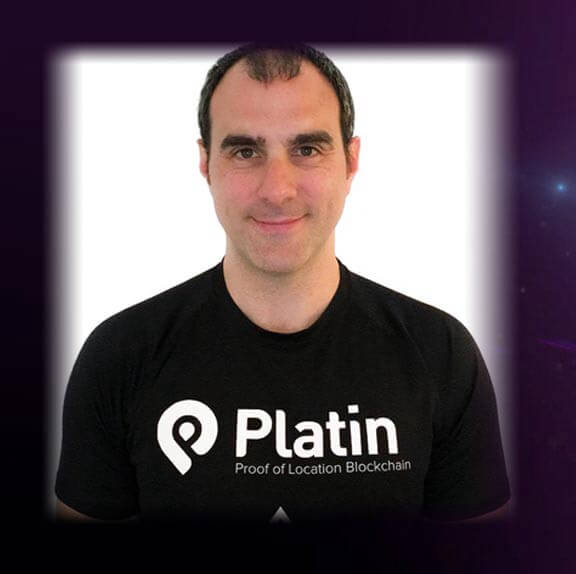 Platin, the leading Proof of Location blockchain protocol, announces the addition of EOS Israel Leader, Hernan Arber, to its team.
While both Arber and Platin’s founders are regulars on the Israeli startup scene, with Arber having graduated from Israel’s prestigious Institute of Technology — the Technion’s computer science department, and Platin’s team conducting research in the Technion’s networking and cryptanalysis labs, it was the Global EOS Hackathon in San Francisco that brought the team together.
Hernan became aware of Platin when news of how Platin’s co-founders Allon Mason and Dr. Lionel Wolberger showcased Platin’s technology and presented at the closing ceremony of the 2018 EOS Global Hackathon in San Francisco when Block. One’s investment in Platin via its EOS VC arm was publicly announced.
With Platin on its radar, Arber and Platin started strategizing on ways to further accelerate Platin’s integration into EOS, and a powerful collaboration was born.

Platin representatives at the EOS Global Hackathon in San Francisco

Blockchains are about community and powerful consensus algorithms.

Arber has a proven skillset in both domains and a passion for everything EOS. A full stack programmer who has deployed mobile and cloud services, Hernan is also the heart and soul of the thriving community of EOS aficionados in Israel through EOS Israel (also see EOS Israel on Twitter).

Hernan is initially focused on shepherding the new Platin EOS token, PTNE, including reviewing Platin’s GEOS geospatial libraries on EOS as well as the Platin-on-EOS architecture to enable more use secure geospatial-based use cases on EOS.

Platin is a secure Proof of Location protocol based on activity recorded and exchanged by means of ordinary smartphones or more specialized devices. Platin incentivizes nodes at scale by means of its own blockchain-based cryptocurrency ‘PTN’. The result is a secure location protocol that is ubiquitous, stackable, reliable, and suited for integration with any business based on location such as supply chain, money and location verifications, LBS-enabled commerce, token geofencing, KYC+AML, and more. Platin’s™union of secure location and cryptocurrency at the protocol level is disrupting industries across the world. Platin — Location is Everywhere™.
Join Platin™ on Telegram; Join Platin™ on Twitter.