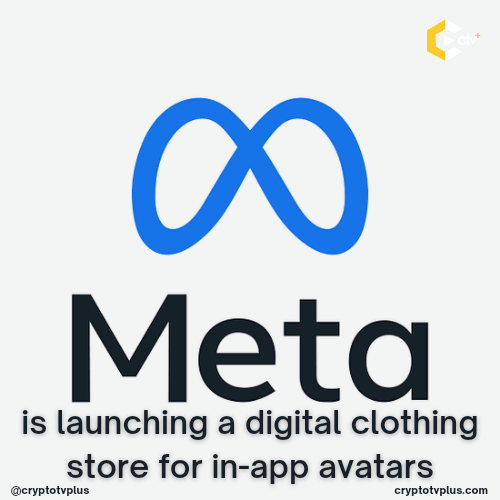 The CEO of Meta, Mark Zuckerberg on his Instagram live with Instagram’s vice president of fashion partnerships, Eva Chen, announced that Meta will be launching its Meta Avatars Store. This store is a digital designer store for avatars.

Speaking on this, Mark explained that the use of these new fashion clothing options will be a way by which users get to express themselves using their Avatars.   In his words, he said: “We’re launching our Avatars Store on Facebook, Instagram, and Messenger so you can buy digital clothes to style your Avatar. Digital goods will be an important way to express yourself in the metaverse and a big driver of the creative economy. I’m excited to add more brands and bring this VR soon too”

This virtual store will be launched on Facebook, Messenger, and Instagram and users get the opportunity to adorn their avatars with these designer clothes after they have been purchased from the digital store. The first sets of outfits that can be purchased will be from Prada, Thom Browne, and Balenciaga.  Although the exact amount these designers’ clothing items will be purchased is still unknown, Mark is confident that more brands will be coming on board in a matter of time. Starting next week, it is believed that these stores will commence in Thailand, Canada, Thailand, Mexico and the United States.

In addition, this announcement is a follow-up and enhancement of the recently launched avatars on Meta. Meta 3D avatars were launched on Instagram this year and avatars on Facebook and Messenger were also updated. This update brought more features. This update also makes it possible to use the same avatar across all Meta platforms including VR.

Bitcoin below $20K, is this the bottom?

How digital clothing stores are becoming a trend on apps.

Lately, there has been an increase in the partnership between luxury fashion houses and technological companies geared to creating branded digital garments.

Meta’s step is not the first of its kind. Last year, Fortnite partnered with Balenciaga. This partnership enabled players to purchase clothing items for their in-game characters. Also, on Roblox, players get to visit Gucci Town. This town has its garden with the brand’s logo and a virtual store.

According to Meta, the store is launching soon. Although, details on how the digital store will be accessed by users are yet to be specified. According to Engadget, “selling digital items in the metaverse is an important part of Meta’s strategy to keep making billions of dollars even if it pivots away from advertising.”

The constant partnership between these industries is of no doubt taking the fashion world to the next level as different clothing lines will seek partnerships to digitize their products and give them more use cases.

It’s great to see that Meta has shaken hands with Balenciaga, Prada, and Thom Browne. Let’s see how Meta Digital Fashion Marketplace and its collaboration with the clothing brands will go.