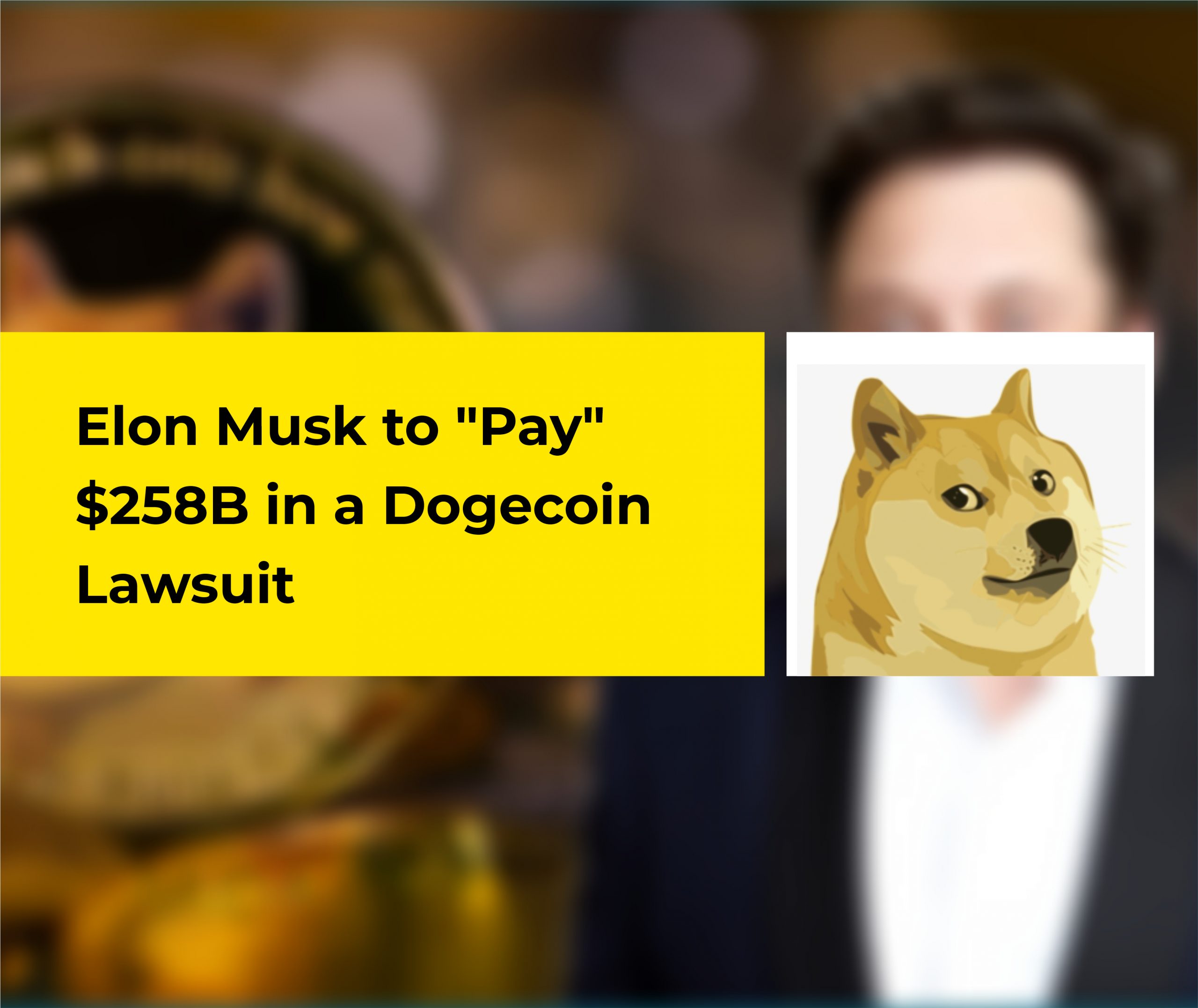 An American filed a suit against Elon Musk and his companies for damages of $258B yesterday, June 16th, 2022. The crypto boom came with a lot of reactions from the global market but the response escalated when memecoins came into the scene. And one of these memecoins is Dogecoin.

The popularity of the coin skyrocketed due to the influence of what is now known as “Elon Effect” where the online and offline activities of Elon Musk triggered the price of the crypto asset. Later, Elon Musk announced that Tesla and SpaceX would receive payments in Dogecoin.

The suit filed by Attorney Evan Spencer, in the New York District Court opines that the Billionaire “used his pedestal as World’s Richest man to operate and manipulate the Dogecoin Pyramid Scheme for profit, exposure, and amusement.”

Keith Johnson, the plaintiff, explained how Musk and his corporations defrauded him and others in the class-action to the tune of $86B from “wire fraud, gambling enterprise, false advertising, deceptive practices, and other unlawful conduct.”

This he claimed occurred between May 2021 and June 2022. Johnson also added that another $172B should be part of the damages the “DogeFather” should pay.

Apart from suing Musk for $258B, and ensuring that Musk or his corporations don’t advertise or participate in any activities related to Dogecoin, there is also a plea to declare the trading of the crypto memecoin as a gambling practice. Henceforth, should be treated following the New York and Federal law guiding such practices.

Here are a few reactions online:

While anyone can file suits to address situations they deem fit, the crypto market is known to be a very volatile space. And several attempts have been made by governments, including that of the US, warning individuals to be careful with the investments they make. This means that investors are supposed to bear the reward of profit as well as pain of loss.

From all being said, the case is on and there are expectations that reactions will come from Elon Musk concerning the suit. Until then…

Chevrolet to Give Corvette Car to Winner of NFT Auction