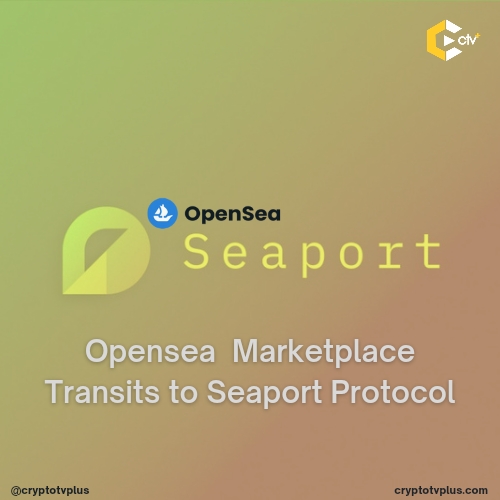 Although known as the number one NFT marketplace in terms of sales volume, OpenSea announced that they were moving to the Seaport protocol a few days ago.

The platform was initially hosted on the Wyvern protocol that has served its community but has not been with a few challenges like the February 19th, 2022 attack that made several NFTs disappear.

Opensea with $31 Billion in All-Time Sales is one of the most respected NFT marketplaces. According to dappradar.com, the platform has attracted more than 1.8 million traders.

Effects and Managing the Transition

According to the Web3 brand, this migration will save them more than $460m in fees each year. Minting fees are a major drawback for users who love NFTs and OpenSea is showing its commitment to making sure that its community pays less for its services. Apart from a reduction in minting fees, there will be no “one-time” setup fees again.

OpenSea is the first NFT marketplace to make use of the protocol thereby making it an attractive site for other projects to come in and enjoy the great features offered by the Seaport protocol. It is neither owned nor controlled by OpenSea, says the blog.

As part of efforts to make sure that the community is not left behind, OpenSea announced an AMA session on the transition:

And exciting features are already being added for users.

Saving costs, faster transactions, and better features for a growing community are good steps for an NFT marketplace especially when the market is down. It shows commitment to the community.