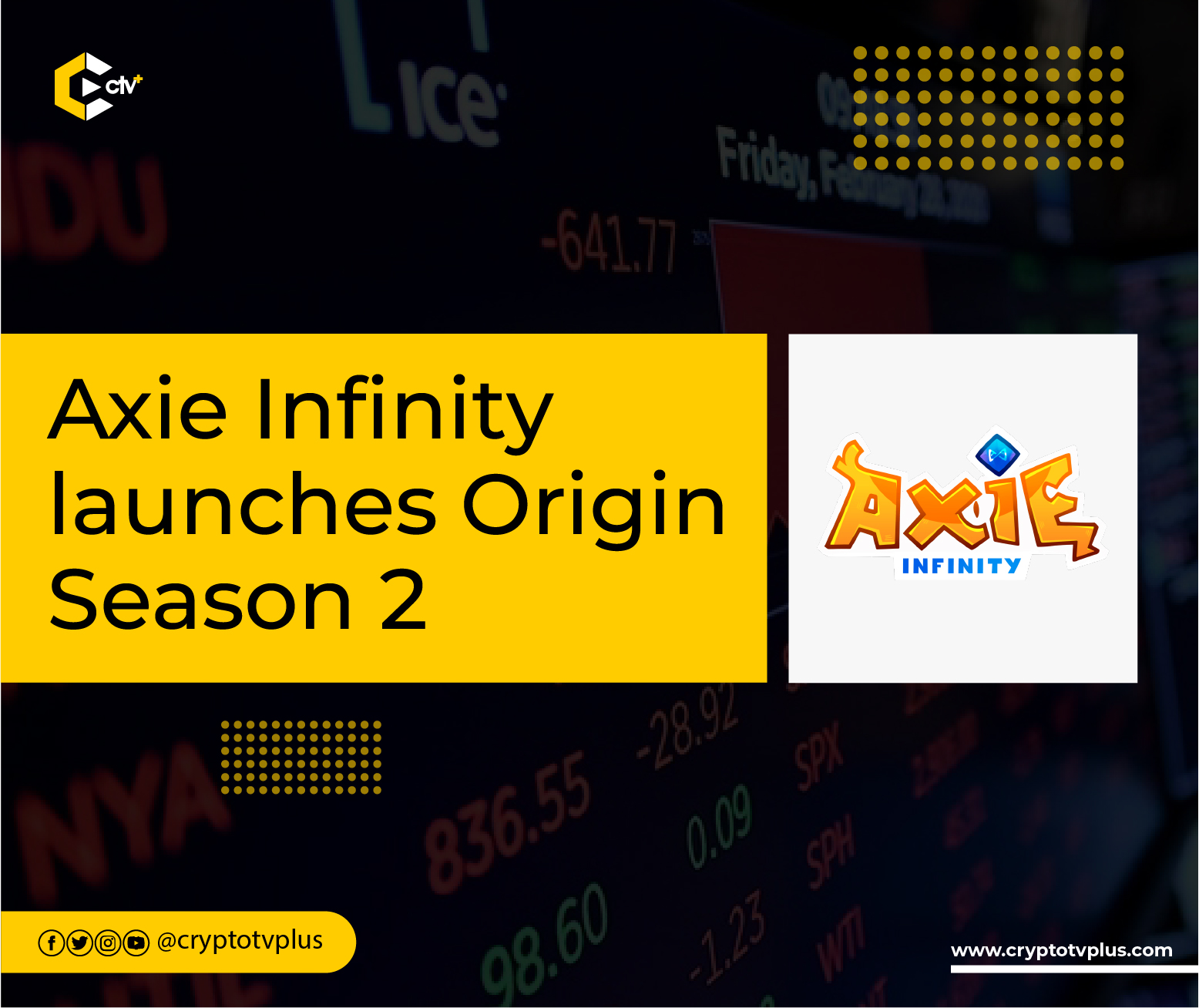 Axie Infinity has announced the long-awaited Season 2 of its game. According to the gaming company, the season which has a lot of updates will last for only 42 days.

One of the new features of the game is Eras, which is described as a leaderboard system where players will be rewarded for the entire system with 112,000 AXS.

Other changes taken into effect by the team from various community feedbacks include new card effects and game mechanics; changes to level-ups and rewards where players can craft level-ups faster than in Season 1; launch of the Bugapalooza Contest where players will earn by participating in missions targeted at bug; daily login bonus for using the game daily; and a grandiose reward of Avatars for the top 40,000 players at the end of Season 2.

The crypto market in 2022 ended in a bearish manner due to several events such as the collapse of several projects and companies such as Luna of Terra blockchain, Three Arrows Capital, Voyager Digital, Celsius, BlockFi and FTX.

For Axie Infinity, the hack of its Ronin Bridge that cost $610 million affected the project. Although blockchain games contributed more to the global crypto activities, the value of Axie and other game tokens fell. Axie went down to $10 after 12 months from February 2022.

The Season 2 game release seems to be a step taken by the team to reassure the community of its commitment to keep building. And beyond Season 2 are plans for Season 3 and more. Will this help boost the crypto gaming industry?

Binance gets licenced in Sweden