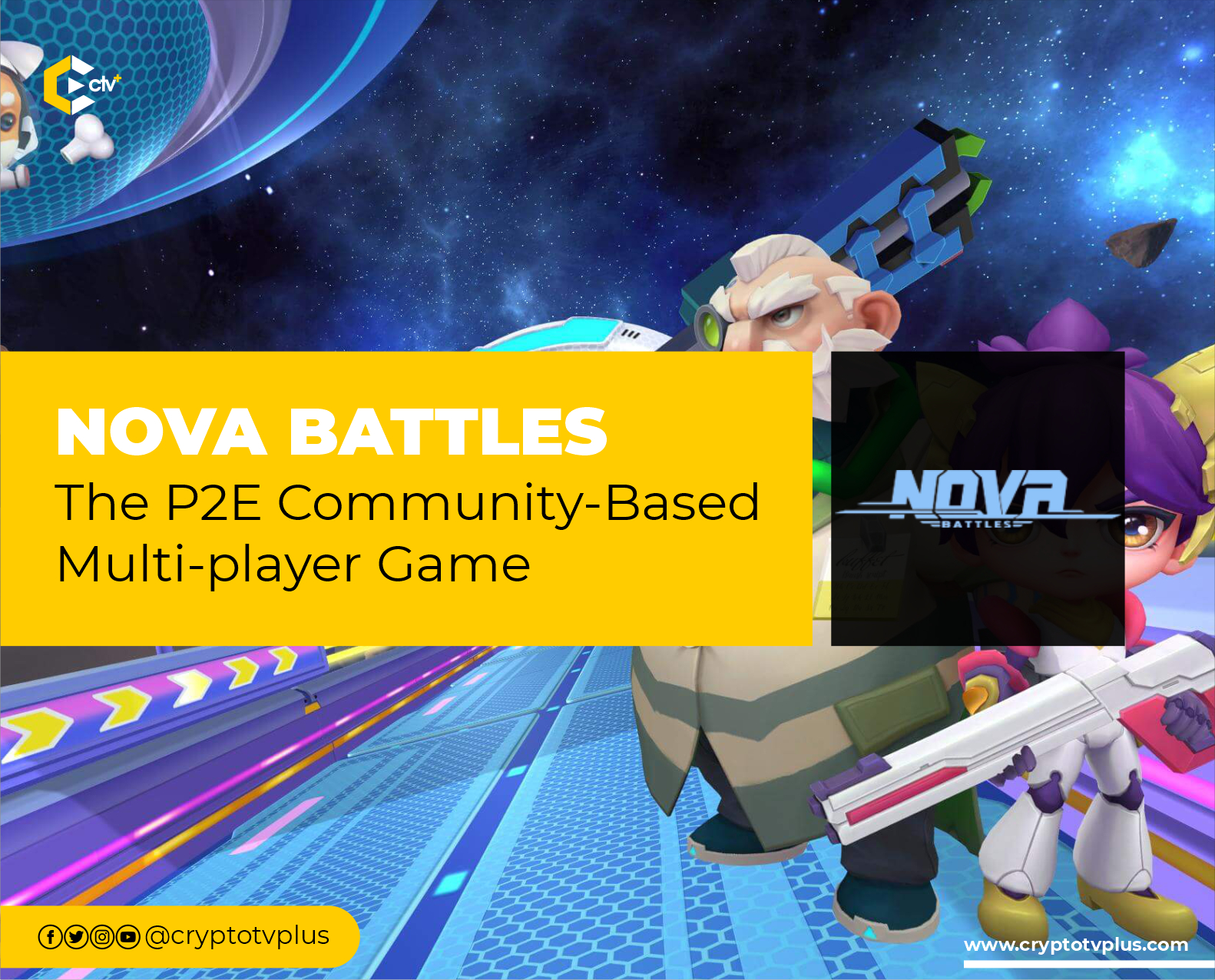 Nova Battles is an offshoot of love for Web2 games like League of Legends, Dota 2, and Pokemon Unite. The founder of Nova Battles, having played and enjoyed these mentioned games, decided to create something similar but on blockchain technology.

Furthermore, the concept had to go beyond what he was passionate about to something that will be community-driven. So even after bringing together a team, with a vision, the needs of a community of gamers who love such games were meant to be part of the pillars of the vision of Nova battles.

What is Nova Battles?

Nova Battles is a community-based play-to-earn (P2E) mobile multiplayer online arena game powered by Ethereum blockchain. The game is designed to provide easy onboarding for gamers who love such genres and to grant access to earn while playing.

It was first conceived in 2019 and has been undergoing several designs and tests to meet up with the required standards for end-users. Nova Battles, being focused on community, will give access to other gaming communities to participate in their ecosystem creating a larger environment for sharing, playing, and earning. So it’s called “The People’s Game” depicting the vision.

How Does Nova Battles Work

To participate in Nova Battles, players are required to select one of many Champions (avatars in form of NFTs) which are free. And then compete with others using any game mode and a Map.

These Champions have specific skills and attributes that make them unique and awesome for battles. Amongst the Champions are Support Champions that help the main champion during a fight. The fighting modes can be PVP or PVE

For each fight, there are Battle Rewards given to players for their activities. Nova Soul in Nova Battles is the main driver of the ecosystem. Players consume this energy resource while fighting. They can be purchased in the Marketplace, during pre-sale and through other means.

Apart from consuming Nova Souls, they can be Rented and Leased from the Marketplace. They can also be Crafted.

This Crafting process is open to anyone, and the community. For instance, “our integration of SHIBOSHIS to customize the avatar of the players’ NoVa Soul NFT to create a brand new NFT artwork and design,” says the team on inter-community collaboration.

DCD Ecosystem, WidiLand, DeFi Kingdom, Animalia are some of the major contenders in the same market segment Nova Battles is targeting. Competition is the first challenge it will face once it’s fully launched. The team will need to devise a good marketing plan to onboard users.

Then the road map starts with the initiation stage in Q4 2021 where conceptualization started. Q1 of 2022 highlights confirmation of game design, development, and the first release of the Whitepaper.

Pre-sale of NoVa Soul, the launch of the game token, and the release of the beta version will be seen in Q2 2022. The first tournament in the game and development of the NVA consumer system is expected for Q3 2022.

Q4 2022 and Q1 2023 will be focused on upgrading several systems including the game economy system, UI/UX.

The distribution ratio is as follows:

For security and professionalism purposes, it’s worthy to note that NVA Audit has been done by Solidity Finance. Another unique advantage of the NVA system is that tokens earned in the game are tradable currencies and there is a direct withdrawal system removing the need for exchanging the token for another.

As part of the economic system for Nova Battles, there is a treasury created to share with active users of the platform, making them use the ecosystem more. Users also have access to a Referral System, and Bonus system that rewards those who invite sides into the Nova Battles and for constant participation.

Team and Partners Behind Nova Battles

Nova Battles were founded by Faytten who has been in the blockchain industry for over six years as an investor, planner, and development expert. He’s a notable speaker for a lot of blockchain events where he’s shared his insight on the blockchain. Faytten has worked on centralized and decentralized products in the Crypto space.

Lucian stands as the CEO of Nova Battles. He’s an entrepreneur, who has developed products in the travel industry serving businesses in different countries. Lucian, who’s a gamer to the core, has an MBA and has been developing competence in software development in the blockchain industry.

Aaron is the Game Design Director of Nova Battles. He directed the conceptualization and design of the arts of the game. For over 8 years, the game designer has been focused on leading design teams and managing design solutions. He understands game design experience.

The Chief Technology Officer of Nova Games is Pablo. He has directed a lot of developments in games, especially with 3D dimensions. Pablo knows how to lead technical teams with a focus on game development.

Xibol who is a Project Manager has been in the business of mobile game development for over a decade. One of his major roles was in Vietnam where he managed a more than 100 man technical team developing game-related solutions.

For Nova Battles, the entire gaming community is also part of the team. The appeal is to get as many passionate people to join and make a great game for all to use and profit from. This will span from investors to developers to community managers to gamers and casual users.

The Ethereum-built game has a vision of a huge community, where collaboration is developed between all gaming stakeholders to create a game metaverse that will profit all.

By having Shiba Inu as partners and other community-centered projects with an experienced team, Nova Battles hold a good future.

MMCrypto Bags the Crypto Influencer of the Year 2022 Award

[…] Nova Battles: the P2E Community-Based Multi-player Game$FARA is a Bep20 token, the ticker for ‘Faraland Crystal’, and the Faraland utility token. It has a supply of 100,000,000 FARA and was issued in Phase 2 of the project’s roadmap. FARA use cases includeMarketplace: Players exchange NFT items, buy, or sell… Read more »