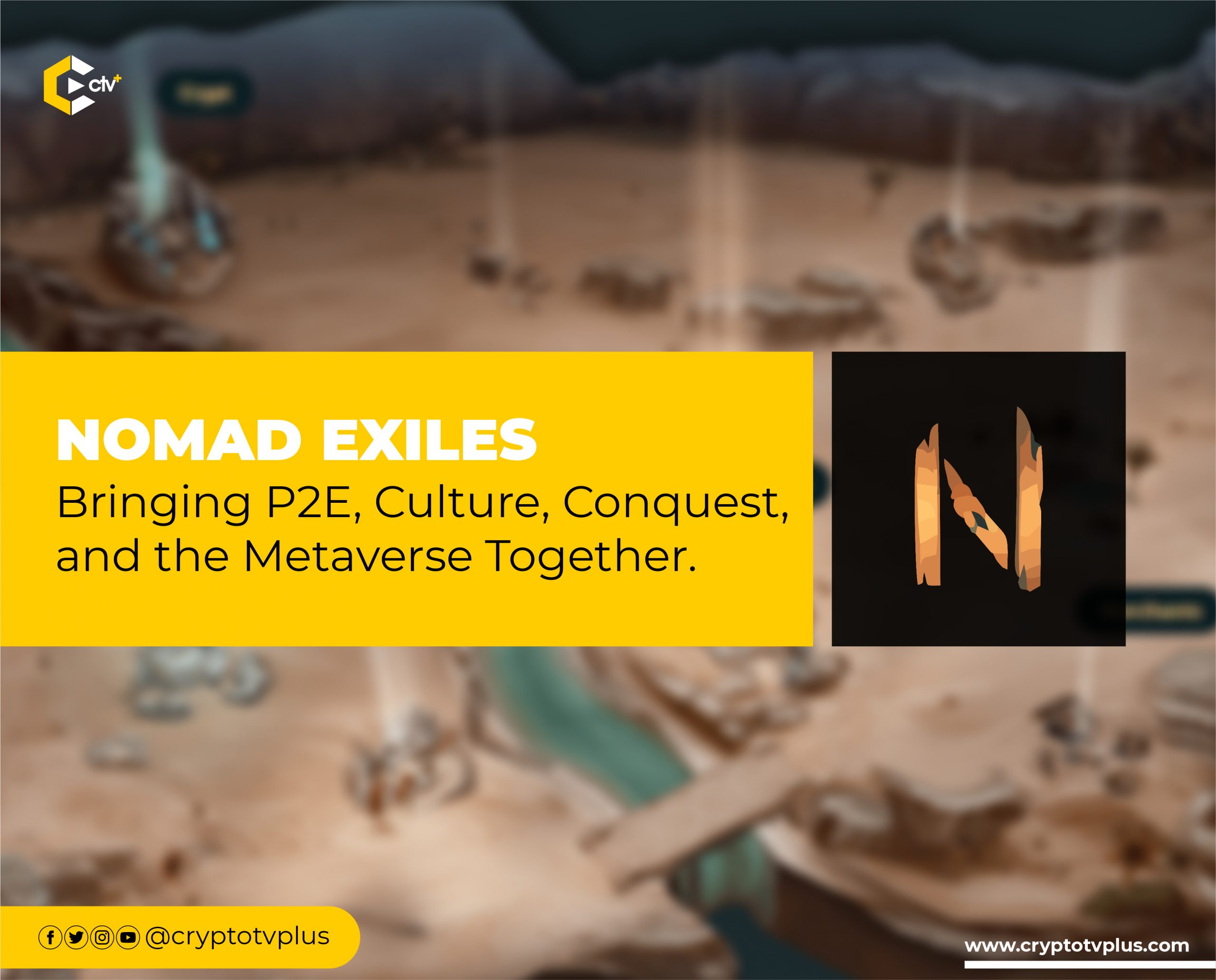 The background of Nomad Exile is the merging of culture with a play-to-earn monetization model that allows gamers to earn. It brings in a unique sci-fi effect that tells the cultural story which it depicts.

In this metaverse, the South American culture is the native culture represented in the game with a mix of cyberpunk, tech features. It tells a story of the post-apocalyptic world with elements of a medieval setting. All of these are combined with the advantage of blockchain technology.

What is Nomad Metaverse?

Nomad Exiles is a crypto P2E game that integrates cultural elements from South American tribes with GameFi functions. The Nomad metaverse, which is an RPG game, is filled with quests and other gaming activities that players participate in while earning in the process.

Some of the activities found in this mobile game range from building avatars to exploring lands in the metaverse to fighting and conquering lands… Players also have the freedom to search and find precious materials that increase the value of their in-game assets. This value can as well be converted to real money.

How Does Nomad Metaverse Work?

Players in the Nomad Metaverse select specific Characters (Barbarians, Orcs, and Demons) before they start the play. These Characters will need Weapons to fight creatures found along their exile journey in the game.

Alchemy Tower, Base/Home, Crypt, Oasis, Sigwald, and Tiger are some of the Territories or game maps that can be selected. Each has a unique feature presented to players that determines what they see, fight, win and give up.

Characters are assigned Pets that accompany them on their journey of perhaps “no return”. These Pets can be normal or good allies that can be trained into warriors to help players.

As is peculiar with most GameFi, a Marketplace exists in the Nomad Metaverse. This is where players can trade and sell resources deployed to produce shelter, weapons, armor…

Another unique feature in this platform is the “Enchantment Table” where Crafting of various in-game elements occurs. Crafting is important to help players make changes relative to the scenario they find themselves in. For example, PVP Arena is the big stage in the Nomad Metaverse where some of the most ferocious fights are staged.

A special prize is always attached to the winner of such a contest. Every player will want to present the best fighting Character to have a chance to win. All these activities and movements are regulated by a set of rules in the game and also players earn depending on the setting of each activity engaged in.

$PRIDE is a token used in the Pride Metaverse. Some of the uses of the $PRIDE tokens include in-game payments for buying and selling in-game items, player’s reward, placing the bets, and governance.

The total supply is 250,000,000 $PRIDE. To get more information on the token, visit the website or here. You can also take part in the forthcoming IDO.

Games like Axie Infinity, DeFi Kingdom… have gained ground with gamers globally. Nomad Exiles will have to contend with these toppers in the market with more exciting opportunities especially as it relates to earning.

Although, reports have it that the game is having a good time over Axie Infinity. And this is due to the free-to-play option that allows anyone with or without crypto assets to join in.

Another challenge for Nomad might also be the development process for the game in line with market needs. Having a road map is good but integrating the demands of the market is better. With the team and Partners behind the game, download of over 1m, and the mobile version, Nomad Exile shows a promising future.

For the road map set by Nomad Exiles, awareness, and demo launch of the game was done in Q4 2021. Then Q1 and Q2 of 2022 will be focused on Private and Public rounds, development of smart contract and marketplace, DEX and CEX listing, and introduction of PvE and PvP battles.

Q3 2022 will see the integration of NFTs and $PRIDE tokens into the game. Staking features, multiplayer hub, clans tourneys are some of the expected development for Q4 2022.

Team and Partners Behind Nomad Metaverse

Vyacheslav Arventiev is the Co-Founder of Pride Games Studio alongside Alexander Lozinsky. Not much information about the co-founders. Maxim Astrov acts as the CPO. He has over 18 years in the game dev industry, so much experience in business development with a specialty in understanding customer needs.

The CMO of Nomad Exiles is Aleksandr Sumenkov. He has a Master’s in Mechanical Engineering and good experience in the crypto industry. Pavel Vikhrov is a GameDEV and the CTO of Nomad Exiles. He has worked as a Software Developer for a decade designing lots of products.

Daria Karelina is a Game Designer with Nomad Exiles. She has a mathematical background and attended Herzen State Pedagogical University, St Petersburg, Russia. Sergey Arseniev comes in as an Art Director. He is a specialist in 2D and 3D graphics and has led a lot of projects.

Interacting cultural experience into a game is a unique and awesome feature. And Nomad Exiles is making this happen. It can drive adoption as humans are known to be social beings.

Then the mobile foundation on which the game is riding is also good, amassing over 1m downloads already. The DeFi additions offer more options for gamers to play and earn in exciting ways. As the game launches its IDO in days, are we going to witness another “Axie Infinity” adventure?