GameFi: Top 4 Innovative Play to Earn Games To Look Out For
Advertisement 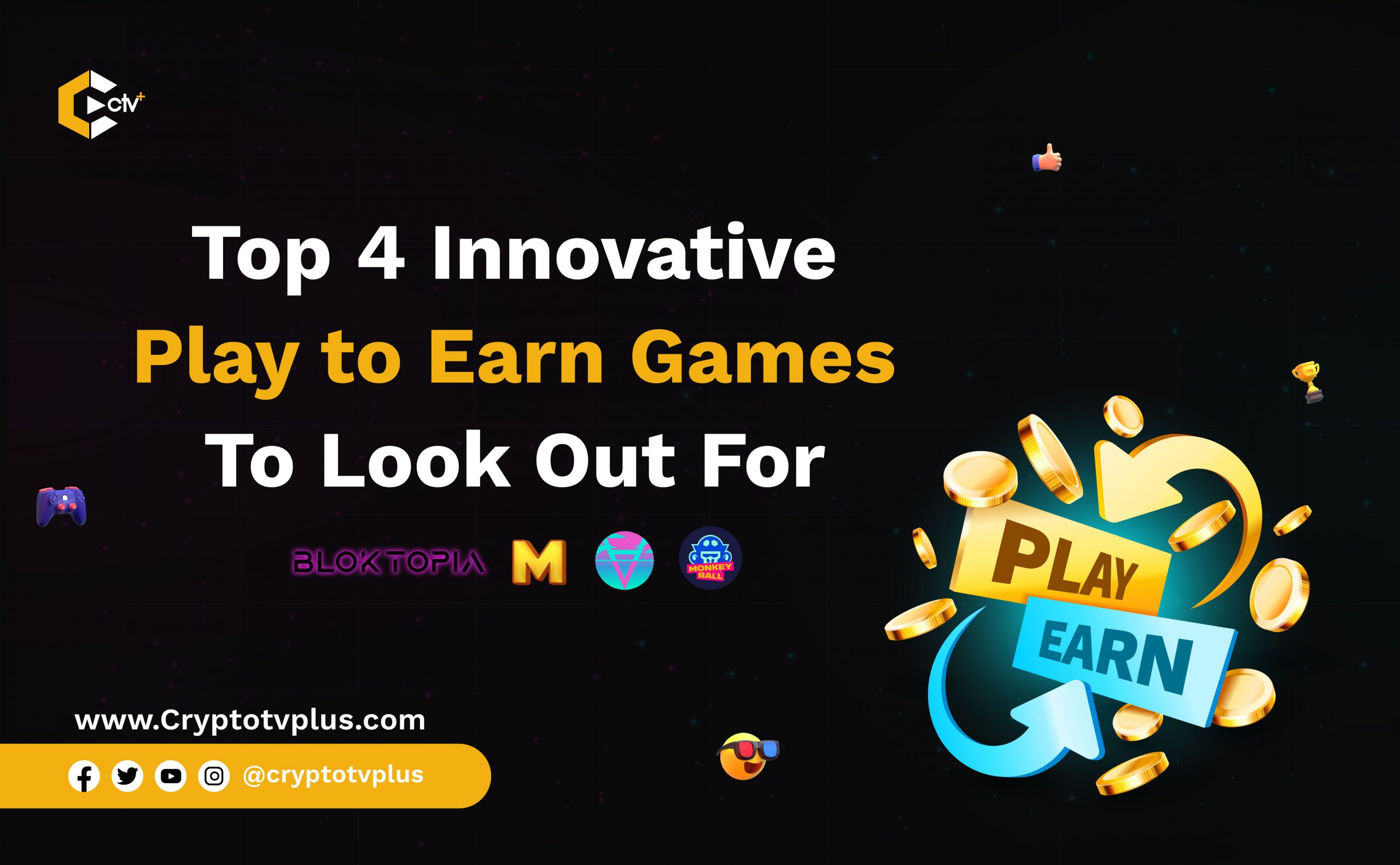 GameFi, the innovative craft of blockchain technology in gaming.

Rolls of games are being designed and redesigned to fit the play-to-earn model and further create an experience that rewards gamers for their time and creativity.

Here are Top 4 Innovative games dug out from the goodness box of play to earn.

Metaverse experience and an engaging environment to gamers and the crypto community.

Recognizing Bitcoin 21 million total supply, Bloktopia skyscraper is made up of 21 levels.

Crypto contents and information on the Bloktopia central hub are used by Bloktopians; platform users, to earn revenue through real estate and gaming.

The Bloktopia virtual reality experience is a stunning craft for all creatives where they can play games, participate in the Blok and maximize the earning opportunities

Moniwar is a Metaverse built on Binance Smart Chain-BSC to give an NFT, Gamebase, and GameFi experience to its community.

It is a P2E action puzzle game where out of a total of 35 chapters the first game version unveils 3 chapters, to launch more episodes in later versions.

Gamebase: a home for legendary games with a fascinating storyline and a gamepad that supports game distribution and incubation for projects.

GameFi: an NFT gaming platform merged with a financial system to make the application investable and profitable

The Aurory rich and diverse universe of Antik and Cryptos built on the Solana blockchain is a play-to-earn game where NPCs and Nefties; Aurory magical are creatures are caught and traded for real value.

It’s a game of Play, Catch and Earn. The Aurory token; $AURY and the Aurorian NFTs are traded in the platform marketplace.

The game is designed based on a J-RPG  with 2D animation on a Free-to-play and Play to earn model.

They have developers, animators, and A-teams of artists building the platform with the same mechanics that have scaled most notable play-to-earn games.

With a Create, Play, Compete, and Earn model, the eSports Metaverse MonkeyBall built on the Solana block chain  is designed in a three-game mode:

The player forms a team of four, where the soccer players are the Monkeys, to compete with another team of monkeys controlled by other players.

Upon winning, the player is rewarded with $MBS; the platform currency.

Players can boost the Monkeys’ abilities and in-game performance by breeding them and can own stadium.

Players can also host matches, and be rewarded by a split earn method.

Spectators supporting the winning team are rewarded all in the Monkeybucks $MBS.

The game DAO manages the in-game store and treasury where users can buy items or upgrade their monkey team using their MBS token.

MonkeyBall is featured as the inaugural flagship IDO on StarLaunch.

What do you think of this article? Share your comments below  P

Related Topics:GameFiPlay to Earn
Up Next

[…] world of gaming is fast evolving with Blockchain powered play-to-earn games being launched almost on a quotidian. Gamers are on the increase and so do games. The global […]

[…] world of gaming is fast evolving with Blockchain powered play-to-earn games being launched almost on a quotidian. Gamers are on the increase and so do games. The global […]