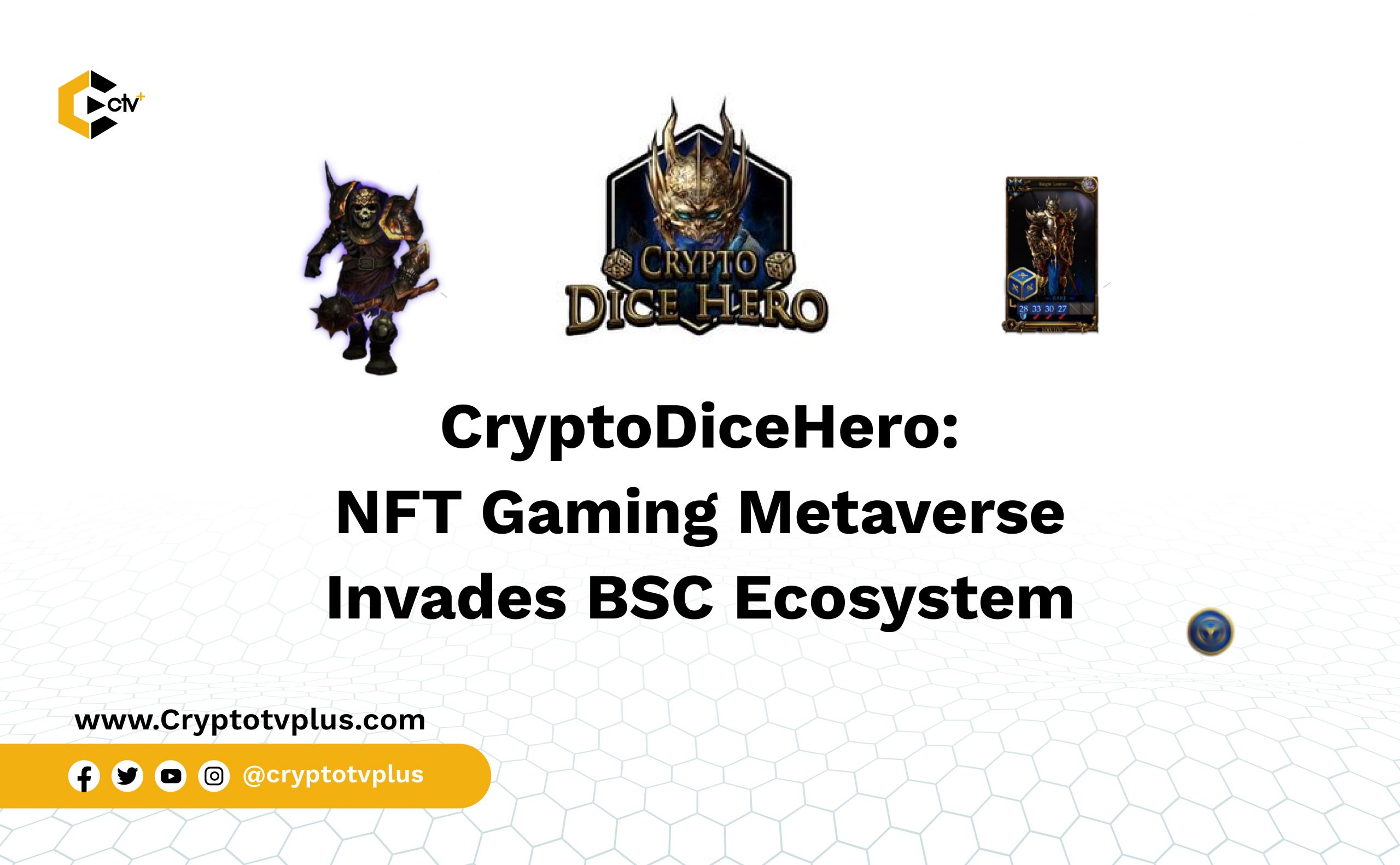 The blockchain gaming industry has been showing promising signs in the last few months. While some would attribute such growth to the attention and adoption it has witnessed in recent times, others would say traditional gaming is already a unicorn industry, much less blockchain-based gaming. It’s a no-brainer!

Truly, there has not only been a transition of traditional games into the blockchain world; we have also seen games solely designed for the blockchain ecosystem, with a play-to-earn narrative added. One of such games is CryptoDice Hero, designed on the Binance Smart Chain (BSC) network.

CryptoDice Hero is a blockchain game with a play-to-earn utility. The game integrates a unique innovation into its setup, allowing players to play with dice with which they can control characters in the game. CryptoDiceHero allows players to battle with powerful heroes which are equally non-fungible tokens (NFTs) while they earn $HRO tokens. $HRO is the native and governance token for the game’s ecosystem.

Each battle hero is built as an NFT using the BEP-721 standard and is tradable on the marketplace.

CryptoDiceHero aims to expand adoption and utility for blockchain games by integrating a token economy and NFTs into its game.

Players are required to combine DICE and dark souls to summon dice heroes. Each dice hero randomly generates up to six attack features. The game’s smart contract selects a random side to launch an attack. The value of each attack power is determined by the quality of the dark soul merged with the dice to produce a dice hero.

Players have to bring at least one and up to six dice heroes into the battlefield. The dice heroes need to have e physical strength that is above 0 before they can be selected. The game assigns six groups of monsters in the form of wheel wars to fight with players.

At every round, players throw a dice, which if successful gives them access to a basic attack power of each dice hero. The six groups of monsters are attacked one after the other in the order that players have their dice heroes lined up.

Every blockchain game proposes to reward its players with tokens that can be exchanged in the open market or used to buy gaming items to better their characters and playing skills. CryptoDiceHero is not any different.

Players earn $HRO by fighting and leading their diceheroes to victory during every battle. To achieve this, they have to assemble the best team of diceheroes. Heroes with the same element and similar attributes can boost a player’s chances because they affect the team’s combat strength.

There are four elements available in the CryptoDiceHero game. They include: Fire, Earth, Lightning and Water. According to the game’s backstory, the elements can defeat one another. For example, Water defeats Fire, Water is then defeated by Lightning. Thus, players can defeat themselves depending on the elements they have in their heroes team.

Gamefi: Top 4 Innovative Play-to-earn Games to Look Out For

The CryptoDiceHero Game offers different modes of battle to players such as Adventure, Dungeons.

The Dungeon mode presents more fun and rewards. This mode unlocks opportunities for players to earn more rewards by defeating legendary monsters. There are 6 –10 levels at this level and as a player progresses in each level, the rewards increase. A player can lose all rewards if he fails to advance to and succeed in the last level.

CryptoDiceHero also aims to add a marketplace where NFT gaming items can be sold or exchanged. Players can create other contents on the marketplace in addition to initiating NFT auctions, earning commissions on affiliate programs, and setting up their favorite NFT collections.

The CryptoDiceHero game is still in the development stages. $HRO token is the game’s native token and will help in driving adoption for the game. Players will be able to acquire dice, dark souls, weapons and other in-game items with the token. $HRO is BSC-based and has a total supply of 100 million. The CryptoDiceHero community will be able to buy the token on major exchanges upon listing.

CryptoDiceHero has partnered with several leading firms in the blockchain space to assist in developing its game and other projects in the works. Some of them include DeFi Starter, DappRadar, Metaplay, Chainlink. CryptoDiceHero conducted its IDO on two leading launchpads (DAOstarter and Brandpad) in November.