Trump Banned From Twitter, What is This Move To The Crypto Market?
Advertisement 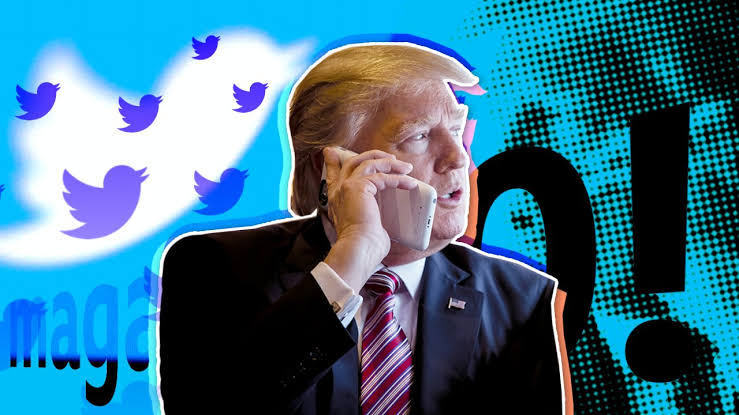 Twitter announced that it had sieved Trump’s Account, @realDonaldTrump, and discovered that at least two posts made by the President has the plausibility of leading the country to purported  rebellion and violence against Joe Biden inauguration on the 17th of January, 2021. The brand made a publication stating that it has become in the know of plans of a “proposed secondary attack on the US Capitol and state capitol buildings on January 17, 2021.”

Prior to now, the POTUS’s Account was suspended for about 12 hours after the president’s supporters flocked the streets in what the President’s daughter termed a “patriotic” show. These citizens went out and about the US Capitol stalling the electoral college votes that acknowledged that Biden won the past election- (this is now being said to be tainted with fraud). It appears paradoxical that although the President has been accused of inciting these moves, it was four of his  supporters that  died in the riot, including an  officer with the Capitol Police.

“In the context of horrific events this week, we made it clear on Wednesday that additional violations of the Twitter Rules would potentially result in this very course of action. Our public interest framework exists to enable the public to hear from elected officials and world leaders directly. It is built on a principle that the people have a right to hold power to account in the open,”

What is the Real Rationale Behind Banning the President’s Account Days Before Biden’s Inauguration?

This move has been disputed as a deliberate attempt to censor the President’s freedom of speech and in fact promote a particular perception by the media. Also

How Does This Move Affect the Crypto Sector?

Crypto proponents have expressed worries regarding how these recent occurrences may affect the crypto industry, While some believe that this may have a negative impact on the emerging sector, others believe that it is even a greater opportunity to drive the mainstream adoption of cryptocurrencies as this may continually devalue the dollars while crypto gains more acceptance and consequently scale up.