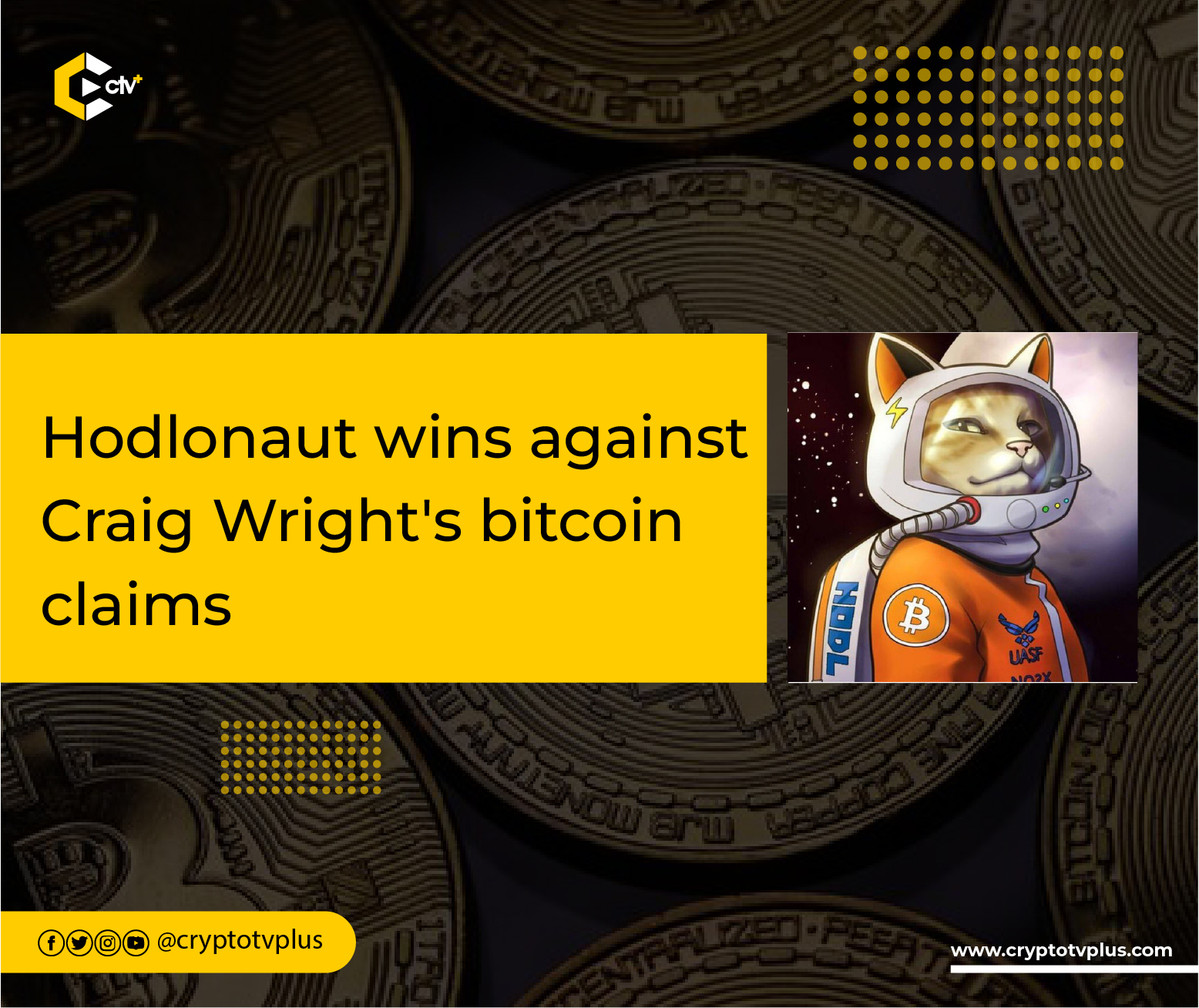 Craig Wright, the self-acclaimed founder of bitcoin, has lost the case against Magnus Granth “Hodlonaut” on his claims of being the inventor of bitcoin. This has been an “unresolved” matter as several other persons have claimed to be Satoshi Nakamoto as well.

Hodlonaut tweeted the announcement made by the Norwegian court:

While this case has been ruled in favor of Hodlonaut, another hearing will be held in the UK, Hodlonaut shared on a tweet.

The case in Norway was filed by Hodlonaut to prove his tweets against Wright’s claims were not defamatory before he went to the UK. Mr. Wright, in 2019 filed five defamation lawsuits against bitcoiners who insisted that he was not Satoshi Nakamoto.

Support and donations for bitcoin

The support of the bitcoin community for Hodlonaut have been massive, with the Defending BTC website having a link for a donation, receiving 71 bitcoins, and $74,000 for Hodlonaut. The CEO of Binance, CZ, is another voice that disagrees with Mr. Wright.

Internet Attorney, and Media Consultant for ABC, Andrew Rossow, shared with Decrypt that he expected the Norwegian court’s ruling to favor Hodlonaut. Wright’s claims “were of such a bold, controversial nature, that it almost inevitably welcomes pushback and disagreement.”

Preston Byrne, a journalist and a former co-founder of Monax, the first permissioned blockchain in 2014, said that Wright’s victory over Peter McCormack was “pyrrhic.”

An all out War Against Craig Wright the Self-acclaimed Satoshi  started by Binance CEO, CZ