Naira predicted to be devalued by 20% in 2023
Advertisement 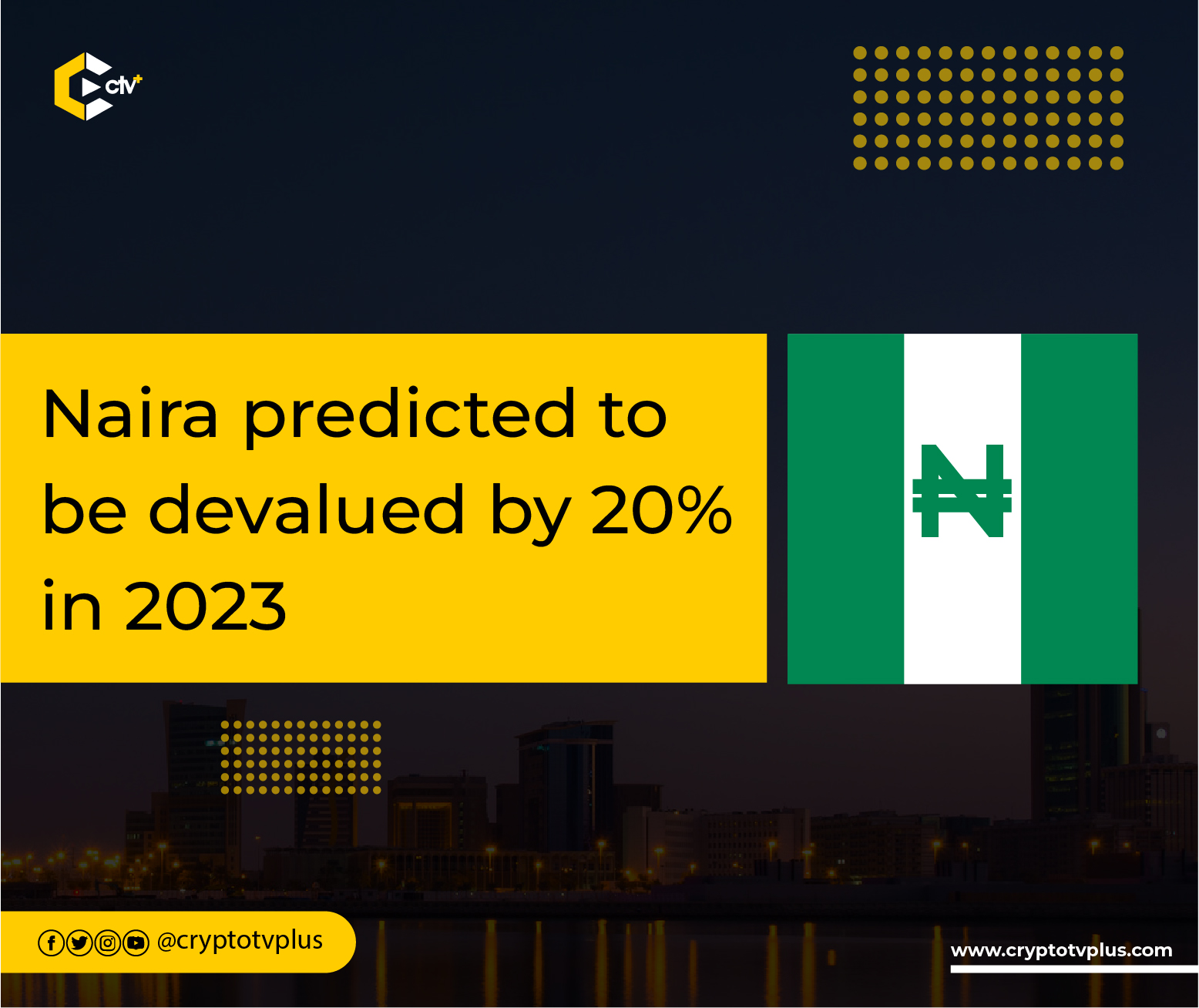 Tatonga Rusike, an Economist at the Bank of America, said that Naira will likely devalue by 20% in 2023. The report stated that his reason for this assertion is that the Nigerian currency is currently overvalued by 20%.

Rusike’s statement results from the Currency Fair Value Analysis carried out by the Bank of America on the Naira. Some indicators used to arrive at this conclusion include the Central Bank of Nigeria’s exchange rate versus that of the parallel market. Since May 2021, the currency has had an exchange rate of 450:1 and has experienced a downward movement to about 750:1.

The Bank of America also conducted an internal currency fair value analysis to conclude an overvalued currency. “We see scope for it to weaken by an equivalent amount over the next six-nine months, taking it to as high as 520 per USD,” the economist said.

2023 election by the corner

Prince Semiu Adeyemi, the Statistician General of the Federation, shared that the cause of the high inflation in the country is due to the drastic fall of the naira. This same fall prompted the Senate to ask for the presence of the Governor of the Central Bank of Nigeria in July 2022.

The report from the Bank of America highlighted the large gap between the official exchange and parallel exchange market. In the case of no reversal, the demand for foreign currency in the parallel market will increase.