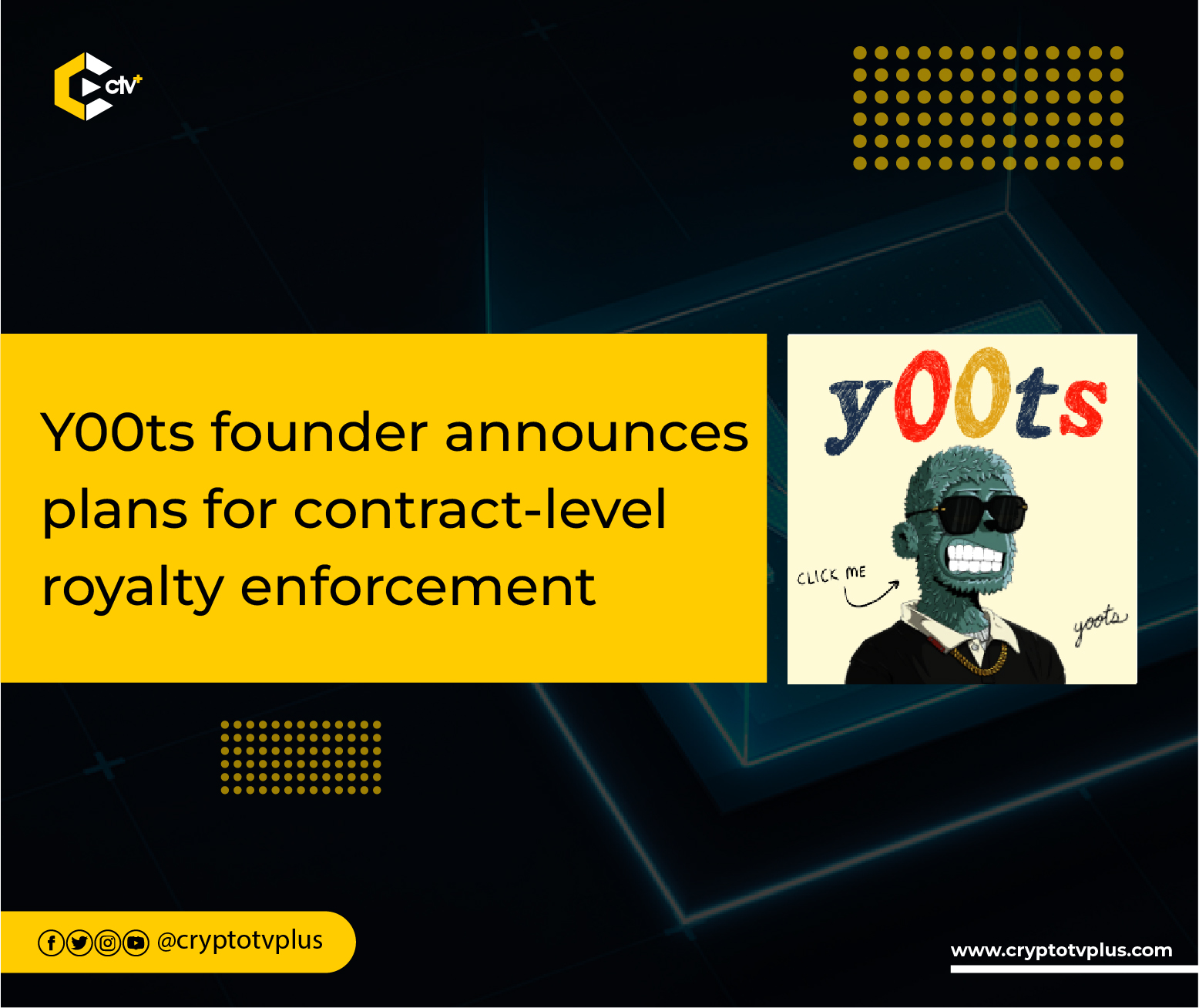 The conversation hovering around creator royalties is still ongoing. Earlier today, Frank, founder of y00ts, a Solana-based NFT project announced his plans to enforce royalties at a contract level.

In the announcement, he expressed his displeasure over the almost unanimous no-royalty policy adopted by NFT projects and marketplaces and over royalties not being “enforceable, calling it a ‘bug, not a feature.”

I am actively working on a community wide solution for contract-level royalty enforcement across the entire Solana ecosystem.

If the approach makes sense, we will pioneer the technology ourselves with the y00ts reveal & open it up to the ecosystem.

No promises, but I'm trying.

In the tweet, he announced his intentions to build a “community-wide” solution for “contract-level royalty enforcement,” which would cover the entire Solana ecosystem. At this, he emphasizes the idea is still in the building phase, calling it, “an experiment that, if successful, would be pioneered by the y00ts reveal and, eventually, open it up to the whole ecosystem.

The announcement is interesting, given that Frank is also the founder of DeGods, another NFT Collection hosted on Solana. Some weeks ago, Frank’s DeGods NFT announced a 0% royalty for all NFT collectibles in its Ecosystem. This caused a wave of mixed reactions in the NFT space, especially in The Solana Ecosystem, which supports it.

Before the announcement, NFTs in the DeGods project had a royalty of about 8.99%., The move sparked an ongoing debate about the necessity of royalties and how it would affect the NFT system in general.

When asked about the motive behind his intentions and why he picked now to instigate it, he responded by saying existing protocols always had the problem of royalties not being enforceable. Still, according to him, “it didn’t matter” before now, as marketplaces chose to accept royalties. To him, their choosing to no more do so reveals a problem that already exists.

Furthermore, replies under his thread accuse him of causing the snowball of zero-royalties in the first place, to which he refuted, saying that although he “doesn’t have to do anything,,” but is doing so because of “a desire to help other projects”.