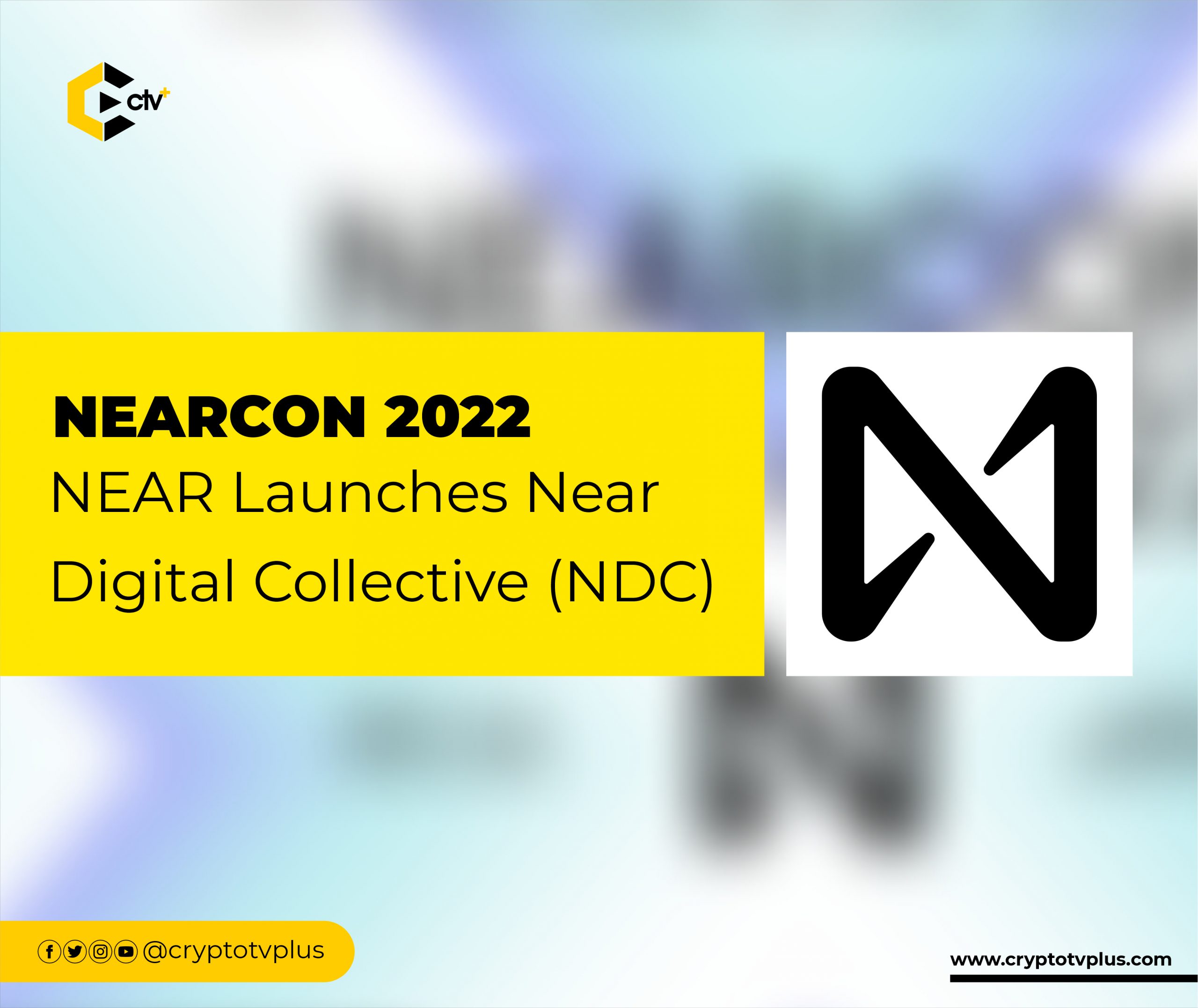 At the NEARCON 2022 event, the NEAR Protocol represented by Illia Polosukhin unveiled a new milestone on its road to decentralization which is a framework that would function as an ecosystem-wide self-governance treasury called the NEAR Digital Collective (NDC).

The purpose of the NDC is to make the NEAR community more resilient, equal, and transparent, shifting the decision-making process to the blockchain. NEAR aims to build a community-driven ecosystem that can collect all the different stakeholders from the diverse ecosystems and give them bold participation, the ability to make decisions, and a treasury.

Governance is one of the long-term things in the NEAR ecosystem- Illia Polosukhin said.

The NEAR Digital Collective (NDC) Journey

At the NEARCON event, Illia Polosukhin detailed the NDC journey from 2019 to 2022.

NEAR started in 2018 without governance in its ecosystem, but in 2019 they began looking into it because they saw it as an essential part of the ecosystem. They started the NEAR Enhancement Proposal, which allows anyone in the ecosystem to propose ideas on how to change the protocol or how to standardize functions.

2020 was characterized by shipping mainnnet, which had a lot of node crashing and bugs. However, the network continued to work on standards, tooling, and governance. “Governance was launched not just to give people a place to create technical proposals on GitHub but to propose ideas and discuss what is happening in the ecosystem” – Illia Polosukhin.

After the mainnet, the ecosystem pushed some tooling to get people to collaborate on-chain. “The first interface was “sick”; it was practically built in the space of 1 day to two days by tenece,” Illia mentioned in his presentation.

The year characterized setting up teams that would concentrate on different areas; Human guild: focused on gaming and various ways of earning, Proximity: focused on DeFi and how to make the project successful, Pagoda: focused on transforming the original developer tooling into a more focused team.

There was also a guild where the ecosystem was experimenting on how to engage communities across the ecosystem in an inclusive way, representing different places and in a way that people are self-organized and presenting something to the ecosystem.

A treasury was proposed before 2021 that would work directly with the guild. All these years, the network didn’t have the tooling and a massive ecosystem to support the treasury.

Interestingly in 2022, NEAR now has an ecosystem fund, regional hubs, and working groups on protocol, community, wallets, and standards.

NEAR aims to bring all in a clarified framework that would feature:

Illia Polosukhin also mentioned that proposals in different scopes would be one of the most important pieces in the decentralization that NEAR is building.

Web 2.5: What it is and why we need it | CryptoTvplus: DeFi, NFT, Bitcoin, Ethereum Altcoin, Cryptocurrency & Blockchain News, Interviews, Research, Shows

[…] NEAR co-founder Illia Polosukhin and Harry Tafolla of Cheddar announced the creation of the NEAR Digital Collective (NDC), an ambitious initiative to further decentralize NEAR governance and create a more robust, […]

[…] NEAR co-founder Illia Polosukhin and Harry Tafolla of Cheddar announced the creation of the NEAR Digital Collective (NDC), an ambitious initiative to further decentralize NEAR governance and create a more robust, […]

NEAR After NEARCON In Numbers – NEAR Protocol

[…] the NEAR Digital Collective (NDC). This interview was syndicated in various media outlets across Africa, Brazil, and […]

NEAR After NEARCON In Numbers - Nativo Ventures

[…] the NEAR Digital Collective (NDC). This interview was syndicated in various media outlets across Africa, Brazil, and […]