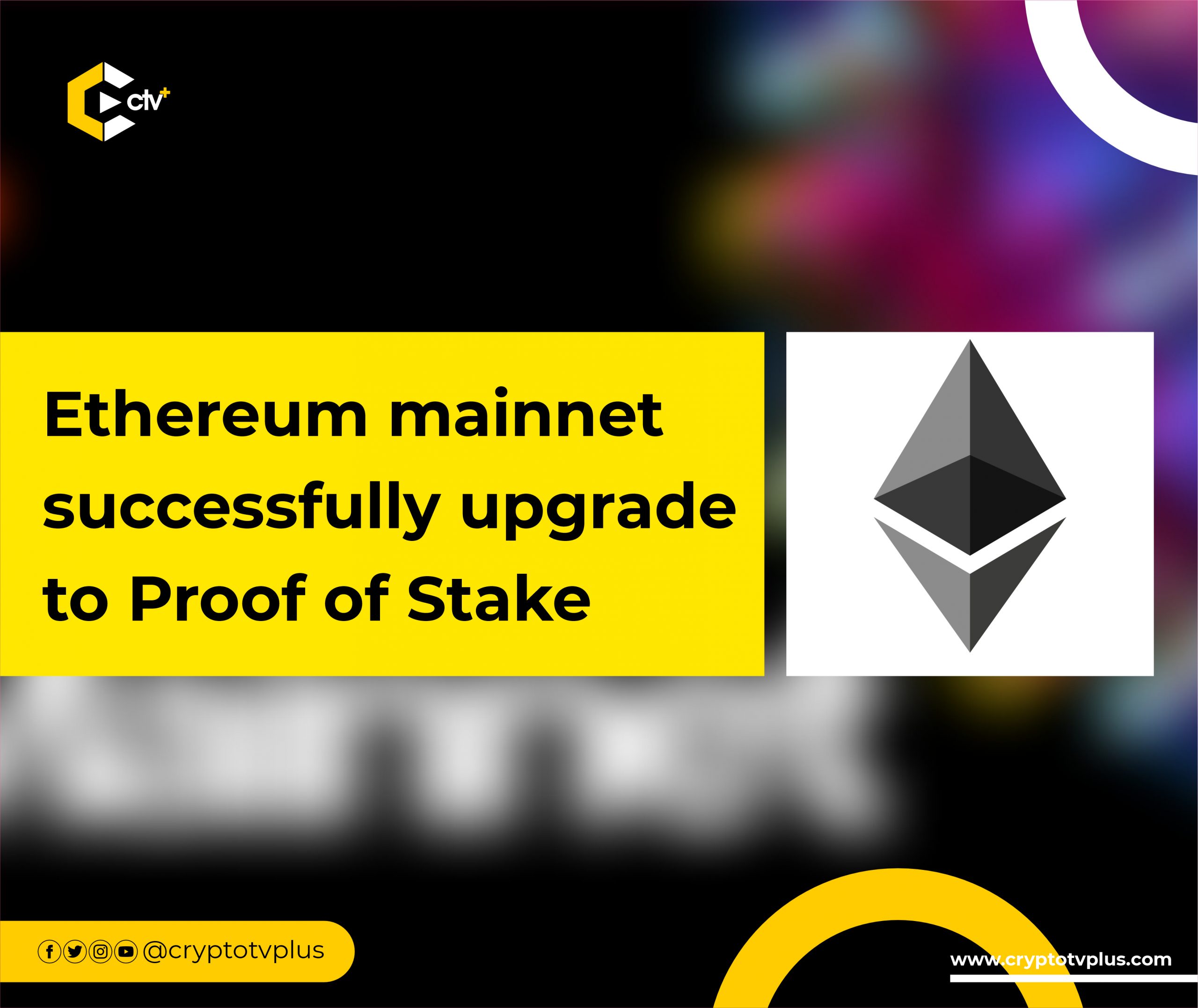 The Ethereum network has successfully transitioned from the Proof of Work consensus mechanism to Proof of Stake in one of the most historic events in the crypto space. The network transitioned in an event known as the Merge.

Happy merge all. This is a big moment for the Ethereum ecosystem. Everyone who helped make the merge happen should feel very proud today.

The Ethereum network was launched in 2015 and has since grown to become the foundation of innovations scaling up to multi-billion dollars in created value.

The upgrade to Proof of Stake occurred in two stages, the first was the Bellatrix upgrade which occurred on the 6th of September. The upgrade prepared the Ethereum mainnet for the migration to PoS. The second which is known as Paris effectively took the network to a new way of achieving consensus.

Some miners revealed intentions to continue the Ethereum proof of work blockchain. What this means is the network will effectively split in two duplicating the resources or value that has been created on the network. There have also been concerns with replay attacks on the PoS account.

Some NFT marketplaces had earlier reported they will only be supporting NFTs on the PoS network. There’s no telling how assets on the ETHPoW will perform or if the network will continue to perform like the Ethereum Classic network.

What next for the ethereum network?

The Merge will prepare the network to scale through sharding with the introduction of 64 shards which will increase the network’s tps. The future holds more network upgrades for ethereum such as surge, Verge, Purge, and Splurge.

What You Should Know About the Ethereum Merge

Related Topics:ethereumpospowthe Merge
Up Next