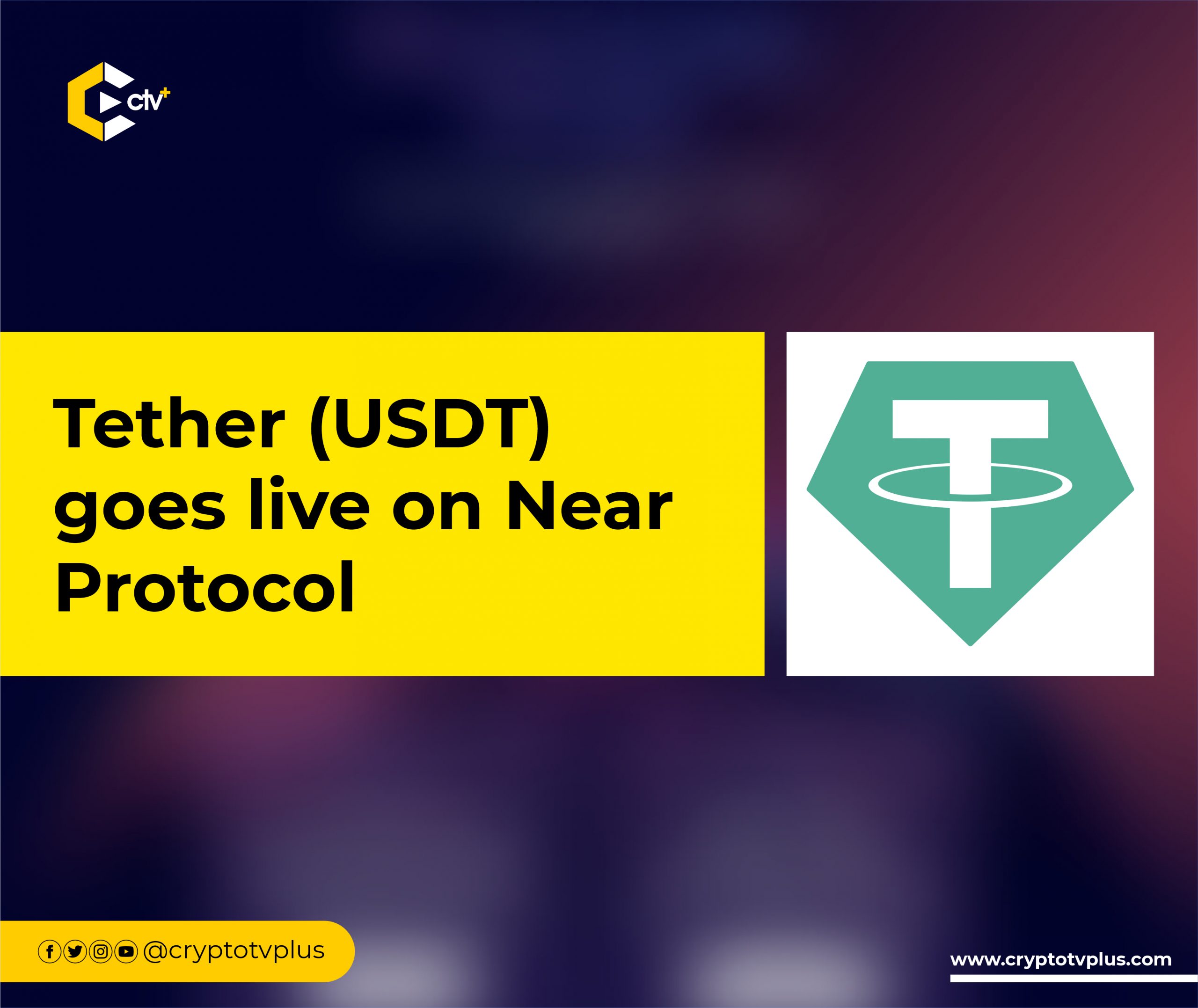 On Monday, Tether announced the launch of the largest stablecoin USDT on the Near Protocol. Near Protocol is a smart contract-enabled blockchain protocol platform designed to provide an ideal environment for dApps to thrive.

NEAR Protocol has hit a milestone of 700+ projects currently built on the Network, and also revealed the network is being used for 300,000 to 400,000 transactions per day. Tether described it as a “great ecosystem” for Tether to launch its token. According to Tether, this further positions the stablecoin as the “most widely adopted stablecoin”, as they “pioneered the concept in the digital space”

“We’re excited to launch USD₮ on NEAR, offering its community access to the first, most stable, and trusted stablecoin in the digital token space, The NEAR ecosystem has witnessed historic growth this year and we believe Tether will be essential in helping it continue to thrive”,  said Paolo Ardoino, CTO at Tether.

The integration into the NEAR Protocol is a milestone that further intensifies its efforts to increase its presence in the DeFi ecosystem, as it strives to “alleviate the potential adverse effects associated with market volatility and accelerate scalability for its users.”