List of African Countries That Have and Will Launch CBDC
Advertisement 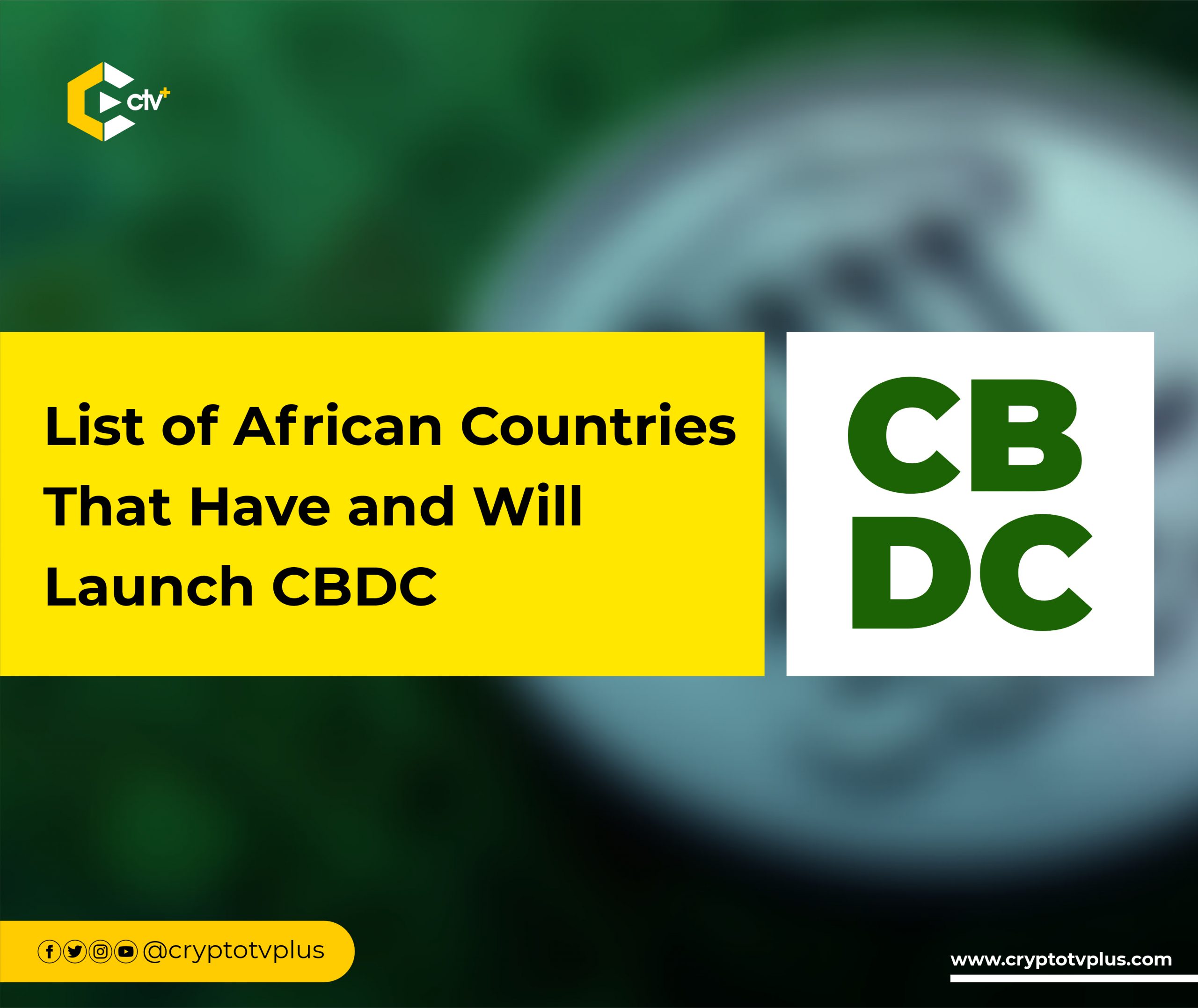 African countries are exploring the virtual form of their currency which can improve their approach to exchanges and cash flow as well as to economic activities that could yield returns. In Africa, some countries are on the list of countries that have launched CBDC, while others have merely disclosed their interest.

Central Bank Digital Currency is expressed in the acronym CBDC. It is a digital version of a country’s fiat or money, pegged to the currency’s value and issued by the Central Bank of that country. CBDC is also referred to as digital fiat currency or digital base currency.

The digital currency of a central bank would have an online design and structure to support a seamless exchange and access of funds. This design is similar to that of cryptocurrency but differs. Cryptocurrencies are deployed on a Blockchain protocol which enables them to run in a decentralized network, while CBDC is not deployed on the Blockchain and is centralized; the central bank issues and regulates CBDC, unlike crypto.

African Countries That Have and Will Launch CBDC

While keeping an eye on the economic impact, most African countries have embraced the path of issuing a digital currency. These African countries include Ghana, Zimbabwe, Nigeria, Tanzania, South Africa, Rwanda, Namibia, Morocco, Kenya, Mauritius, Zambia, Sudan, and Uganda.

The Bank of Ghana started exploring the launch of digital currency in 2019 and in 2020 confirmed that it would go on to experiment with the eCedi Project. Ghana’s Central Bank has begun viability testing of its digital currency, eCedi. Before the testing stage, Ghana had partnered with Giesecke+Devrient, to conduct a pilot project for its CBDC. Giesecke+Devrient is a German company that specializes in providing banknotes and securities printing.

The Reserve Bank of Zimbabwe, the Zimbabwean central bank, stated that it would instead go for a digital version of its currency (CBDC). RBZ launched its regulatory sandbox in March 2021 and is already up for online registrations. The central bank of Zimbabwe left the regulatory sandbox open for more innovations. While they are still exploring the feasibility of a CBDC, they carved out roadmaps that could lead to its adoption.

Nigeria launched her CBDC (eNaira) in 2021 as a liability of the Central Bank of Nigeria(CBN). The CBN had disclosed its belief in CBDC to bring about multiple benefits expected to materialize with the widespread adoption of eNaira. With a robust regulatory structure, the eNaira had a spike of approximately half a million users. The Central Bank of Nigeria issued its Digital currency as a more efficient trade and transaction option and is further pushing to resolve the eNaira system and operations to serve the public and achieve its aim of launching the digital currency.

The Tanzanian Central bank announced in 2021 an interest in launching a digital version of its currency. In 2022, the central bank of Tanzania took steps towards launching her CBDC as a “safe alternative” and cannot overlook the technological progress in monetary systems. However, Tanzania is still at an exploratory stage.

CBDC and Cryptocurrency- All you need to know

South Africa is currently exploring the option of launching a CBDC. The South African Reserve Bank is moving toward having a wholesale CBDC, which will be designed for use by financial institutions to serve the purpose of interbank transfers; this characterizes the second phase of its Project, ‘Project Khokha.’ To ensure its effectiveness, it has gone into a cross-border pilot with the central banks of other countries like Australia, Malaysia, and Singapore.

The primary aim of launching CBDC could be to achieve an improved economy, and an advanced financial infrastructure using a connected network, the internet. Many countries worldwide are actively exploring the feasibility of launching a CBDC, and Africa is not lagging behind in this race. More than 10 African countries on the list believe in the positive economic impact of having a digital currency regulated by its central bank. There are many benefits for these countries; however, CBDC in spite of its numerous pros has some cons to be considered before channeling it into mainstream adoption.

[…] Bank Digital Currency (CBDC) is expressed in the acronym CBDC. It is a digital version of a country’s fiat or money which is pegged to the currency’s […]

[…] List of African Countries That Have and Will Launch CBDC […]

List of African Countries That Have and Will Launch CBDC - SomJournal.com