CBDC: eNaira Adoption Spikes To About Half a Million Users Three Weeks After Launch
Advertisement 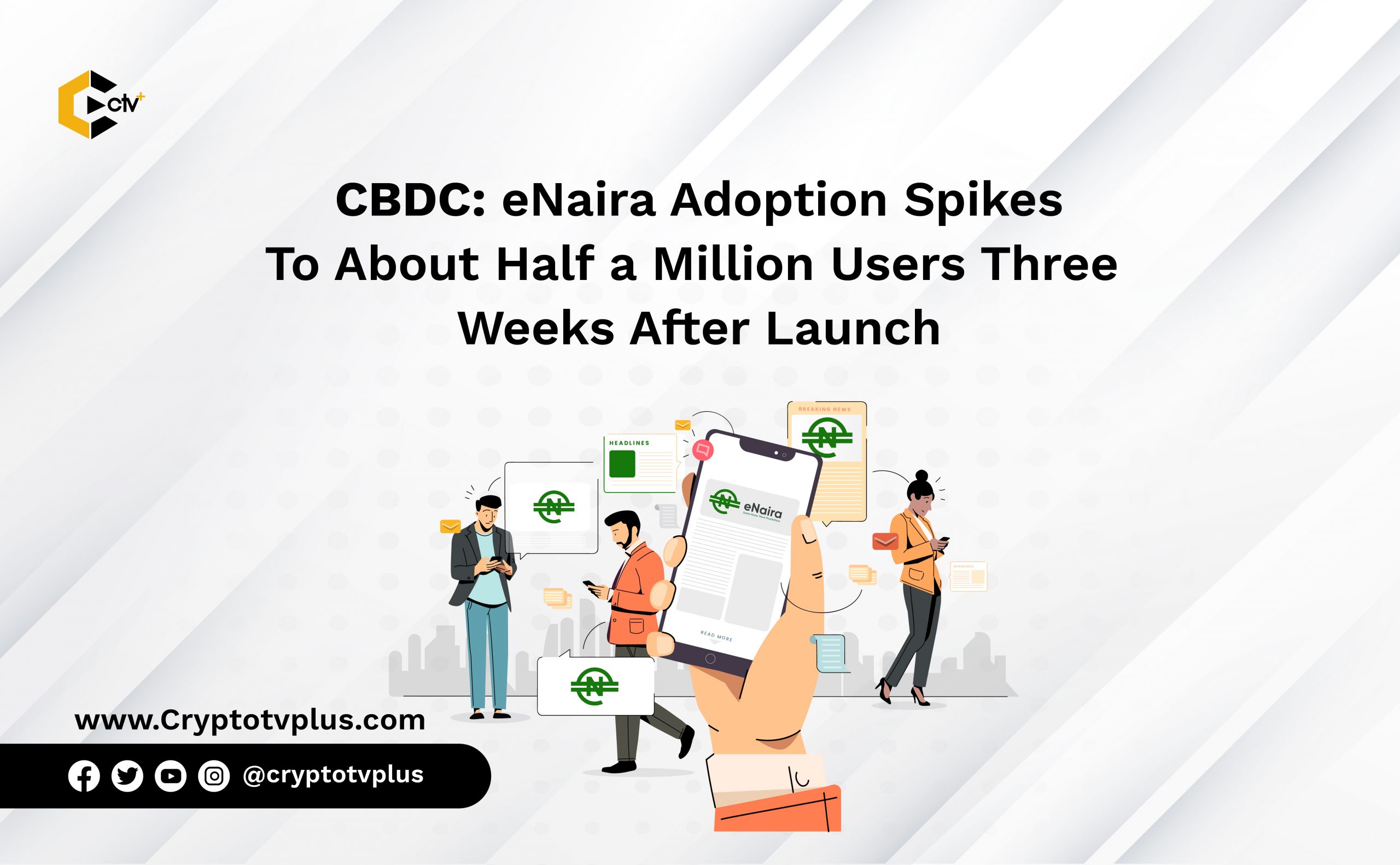 The eNaira has attracted half a million users and about 780,000 merchants in over 160 countries a few weeks after launch.

The Central Bank of Nigeria tendered her digital currency; eNaira, as a better trade and transaction option to lure people away from cryptocurrency trading and investments.

Could the eNaira be an Artificial Bait?

The government in the first quarter of the year, 2021, issued a ban on cryptocurrency to local bank transactions and went ahead to announce her eNaira launch.

According to Osita Nwanisobi; Director, Corporate Communications Department, over a phone interview with Bloomberg, described the adoption rate of the eNaira since launch as “excellent” with about 488,000 people recorded to have downloaded the eNaira Consumer App; the currency transaction gateway, and in 160+ countries, 78,000 merchants enrolled.

As interesting as this sounds, the eNaira could be an advanced move by the government to wave down cryptocurrency trading and adoption in Nigeria as the ban suggest.

eNaira Speed Wallet us Back on Google Play Store

CBDC and Cryptocurrency- All you need to know

eNaira is now trading on PancakeSwap?

We don’t expect all businesses to adopt eNaira- CBN

The Nigeria cryptocurrency market suffered setbacks but has continued to boom despite the ban. According to Chainanlysis, Nigeria has a higher fraction of retail users with about $10,000 worth of transactions.

Nwanisobi further stated that “62 million naira worth of the virtual currency has been traded since it was introduced.”

However, a higher percentage of eNaira adopters could be people trying to test run the system. While we anticipate the eNaira to be advantageous to the economy, cryptocurrency continues to be an economic hedge for Nigerians amidst the crackdown in the nation’s resource management.

Related Topics:CBNenairaSpeed Wallet
Up Next