A comparison of Aptos and Sui
Advertisement 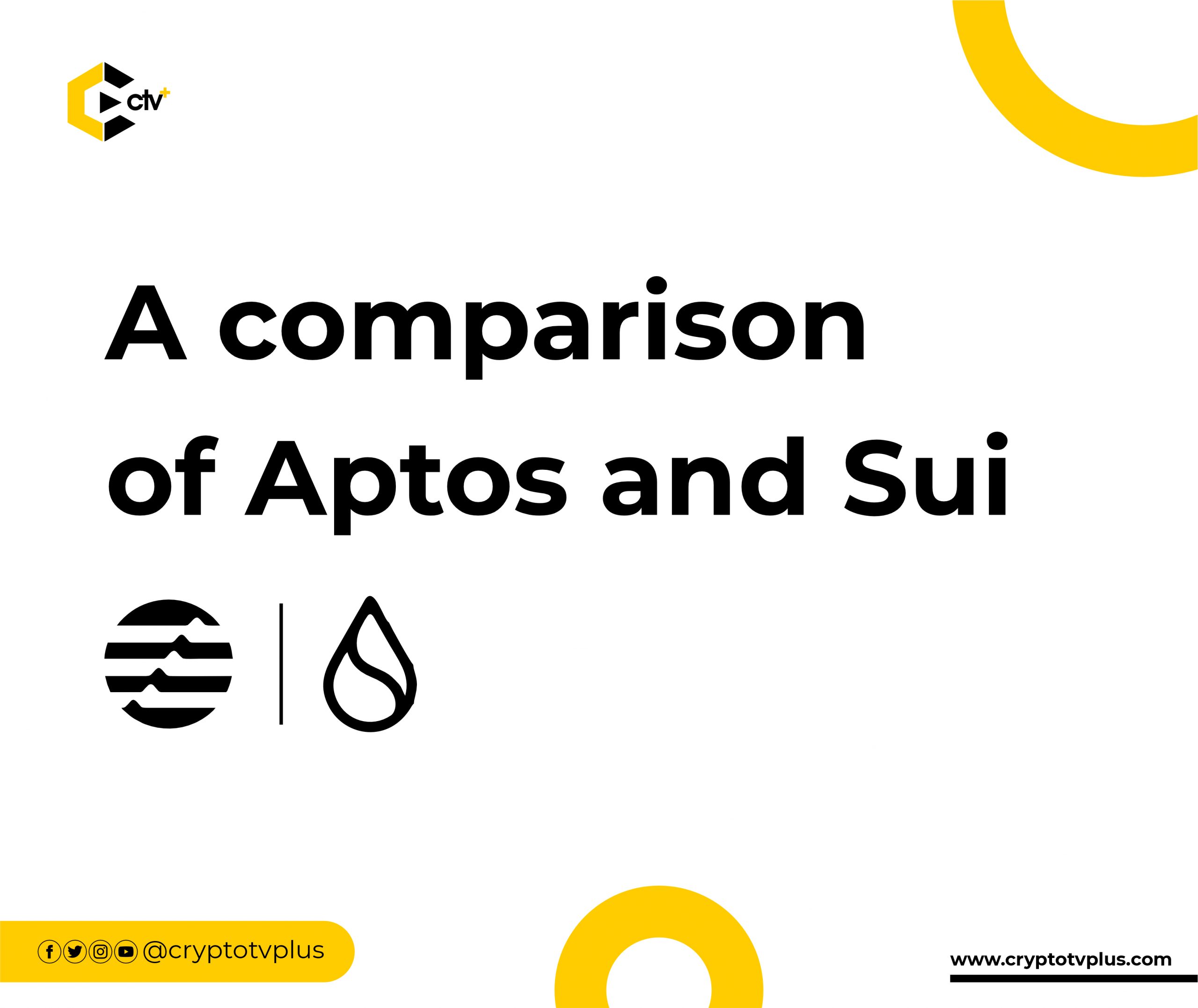 Last year, functional Layer 1s had great fundamentals that facilitated ecosystem pumps. The pumps were associated with L1s that had higher throughputs, lower fees, native dApps, risky meme coins, massive APYs, and so on. As savvy investors, we know that when an ecosystem is performing well, buying the underlying token could act as a general basket to capture sizeable profits.

If mass cryptocurrency adoption is the vision, scalability remains unsolved. L1 chains like Ethereum, Solana, and a few others are unlikely exceptions to an oligopolistic structure.

A lot of L1s have come and gone while others have gone on to become very successful chains. Right now, another L1 is about to enter the party.

That new L1 is called Aptos.

Aptos is an L1 PoS chain created by the Meta’s Diem team. It claims to be a more secure and scalable L1. It also claims to solve the blockchain trilemma.

As a blockchain, Aptos is currently being built using Move (a dedicated language that was dropped from Diem). Move allows smart contracts to interact with validators in a deterministic, hermetic (predictable; untainted) and metered manner (protection against DOS attacks).

Using Move, Aptos ensures low latency and zero downtime for block commitments when combined with its improved leader-based BFT consensus mechanism, which is apparently the most reliable iteration of HotStuff.

Aptos was founded to provide everyone with equal access to the benefits of decentralization by leveraging cutting-edge technology and research. As it stands, when demand spikes, live blockchains either stop or become prohibitively expensive. This is not good if we want to achieve real-world mass adoption of crypto and web3. It must progress beyond the echo chamber of crypto degens.

So, how does Aptos scale?

Aptos scales by decoupling the codependent execution and consensus layers via a parallel execution engine that eventually synchronizes.

The parallel execution layer makes use of the Block-STM design, which executes transactions optimistically before detecting and managing conflicts then synchronizing and changing the state.

But what about the detected conflicts?

They are picked up by at most, one thread in the parallel execution engine and re-executed based on the execution queue, as well as re-validated through a queue with their subsequent txs.

Block-STM algorithms handle seamless operations, and abstractions are separated from trivial executions and validations. This is all possible due to preset orders with indexes that map transactions throughout the execution and validation cycle.

With 32 threads working in parallel through the Block-STM design, complemented by its robust state synchronization mechanisms to reduce latency, Aptos would be able to boast up to 100k+ tps with sub-second finality.

Sui’s Mysten Labs, like AptosLabs, was founded by an ex-Novi Research team at Meta. It is a high-performance L1 PoS chain centred on scaling composable and dynamic NFTs for broad metaverse applications such as gaming, social, commerce, and so on.

Like Aptos, Sui’s tech stack has made significant progress from Diem, which was originally designed to handle light payments traffic between a small number of custodial wallets (10s to 100s). Diem’s original architecture would not have been able to support mass adoption.

Aptos and Sui share many of the same investors. Both have been heavily bet on by venture capitalists, commanding valuations of $2 billion or more.

However, there are many fundamental and superficial similarities between Sui and Aptos. Below are a few of these differences.

Aptos approaches technological developments with the user in mind. This stems from the belief that to reach the masses, the user experience requires significant improvement in safety and scalability. If done correctly, it has the potential to provide a significant competitive advantage.

Development is an important consideration because it affects the quality of on-chain applications (impacting user acquisition). According to the popular model, the flow of funds goes like this: Capital -> Developers -> Users -> Transactions -> TVL ->Price. Investing early in the cycle means reaping the greatest benefits.

For this, Aptos has a Devnet where developers can contribute open-source code. There is already an impressive list of developers, including Coinbase, Binance, Anchorage, Blockorus, Livepeer, Moonclave, Paxos, Paymagic, and Rarible, among others.

Currently, 8000 developers are on the Aptos Discord server, which has 63,000 members. Furthermore, there are already 4000 node operators from 40 countries. This is despite the fact that Aptos does not yet have a whitepaper.

Aptos also announced a grant program to encourage development. The team’s primary focus areas are DeFi, NFTs, and Gaming, and they are paying (an amount not yet disclosed) developers who successfully apply for their grant program.

Aptos is also one of the most well-funded crypto projects. In March, they announced a $200 million funding round led by a16z. The round also includes investments from Multicoin Capital, Coinbase Ventures, 3AC, Tiger Global, and FTX Ventures.

On July 25th, they announced their Series A funding round, raising an additional $150 million. This round still had most of the major backers from the funding round; FTX Ventures (which led the round), Multicoin Capital, Circle Ventures, and Andreessen Horowitz (a16z). In comparison, Solana raised $25 million prior to launch, while Aptos raised $350 million.

Aptos has a well-funded team with continuity and organizational maturity to carry out its vision. With the modernity of its tech stack and the language efficiency of Move, it is strongly positioned to be a leading L1 chain.

However, it is difficult to predict who will perform better in practice, between Sui and Aptos. Aptos has already done an excellent job of optimizing its current design, whereas Sui appears to have more room. Different solutions are already being used to improve live L1s (layer2s, subnets, shards, interoperability). We’ll never know what the market decides, but Aptos is a strong contender.