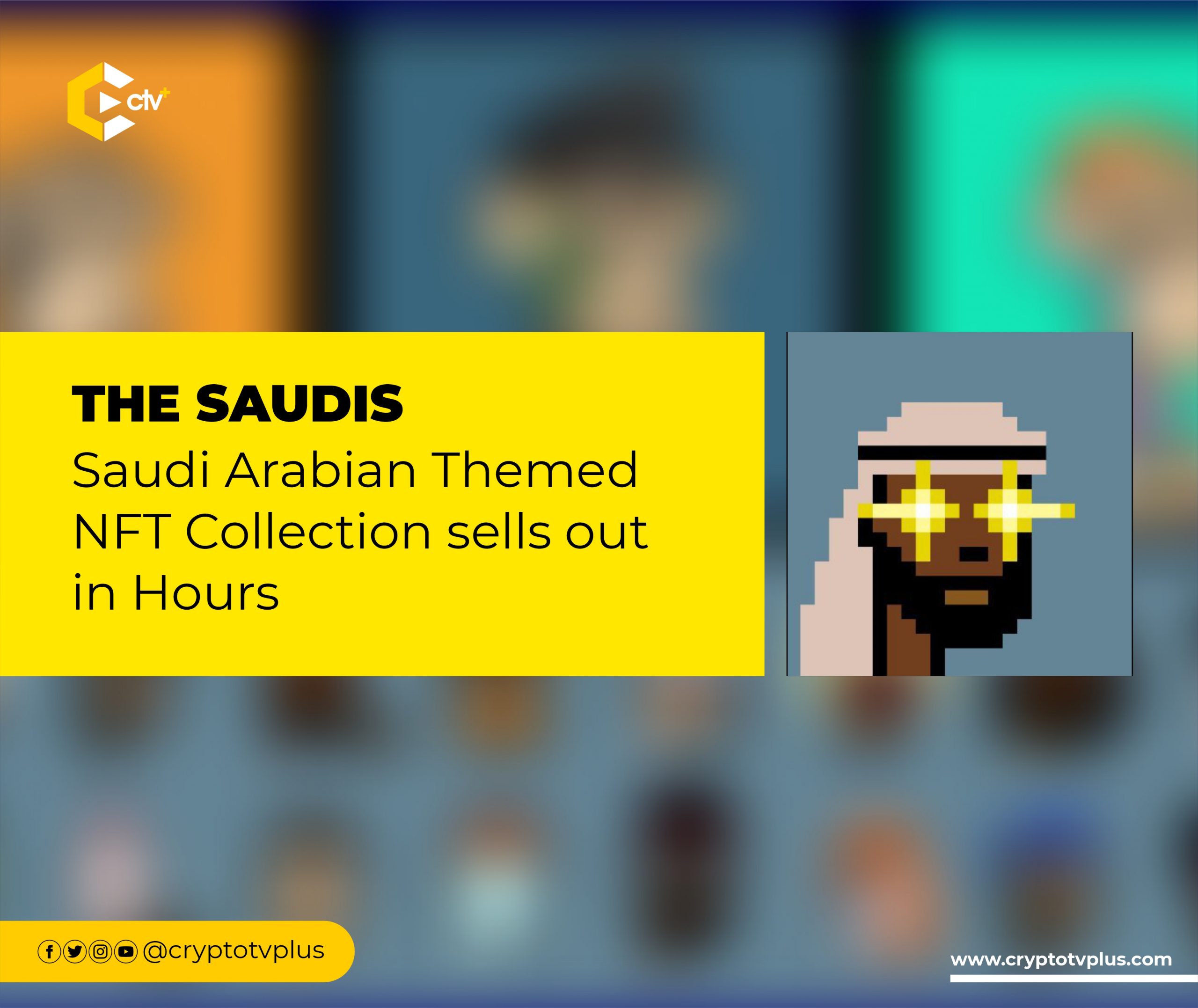 NFT Collections are getting sold out regularly, but very few sell out just within hours after dropping. However, the Saudis NFT collection is one of those few.

While the talks of a Crypto crisis still persist,  one would think that the NFT market would become stale, yet, there are new and upcoming projects that sell out in record time.

The Saudis NFTs is a collection of 5,555 that have been free to mint since July 9, and the artwork for the collection was inspired by the famous CryptoPunks collection.

The Saudis NFT has had one of the most major opening weekends out of many other Collections, on Opensea since the inception of the marketplace. One may ask what the source for such a success is, and the answer is the large Twitter following the collection has managed to amass.

Nowadays, it seems almost unheard off to see an NFT Project without some kind of controversy and the Saudis are no exception. The current controversy surrounding the Project is concerning an automated bot that supposedly lowered the floor price of the collection.

Apart from this, the Project had its fair share of ‘social Media drama” as accusations were thrown at some influential social media personalities who were supposedly privy to the information before the Project launch and were able to make a notable profit off their early knowledge of the mint.

These circumstances are nothing new to the NFT space, in fact, they are part of the routine in the space at this point.

In spite of the current crypto crash, a number of NFTs are still doing numbers and selling like hotcakes. The Saudis collection is simply the most recent in a series of outstanding NFT sales.

The pseudo-anonymous Team has had several successful free-to-mint NFT projects in 2022. One major collection, the  Goblintown collection launched and made over $ 1 million in the 1st Weekend.

The Saudi NFT project gained its momentum by leveraging influencer marketing campaigns, Twitter Spaces, and NFT-themed, ghoulish hangouts. Projects like these reveal that, in spite of how the mainstream media may think, there’s still a lot of interest in NFTs.

Cyberium; Bringing ESports, and GameFi into the Metaverse