Cyberium; Bringing ESports, and GameFi into the Metaverse
Advertisement 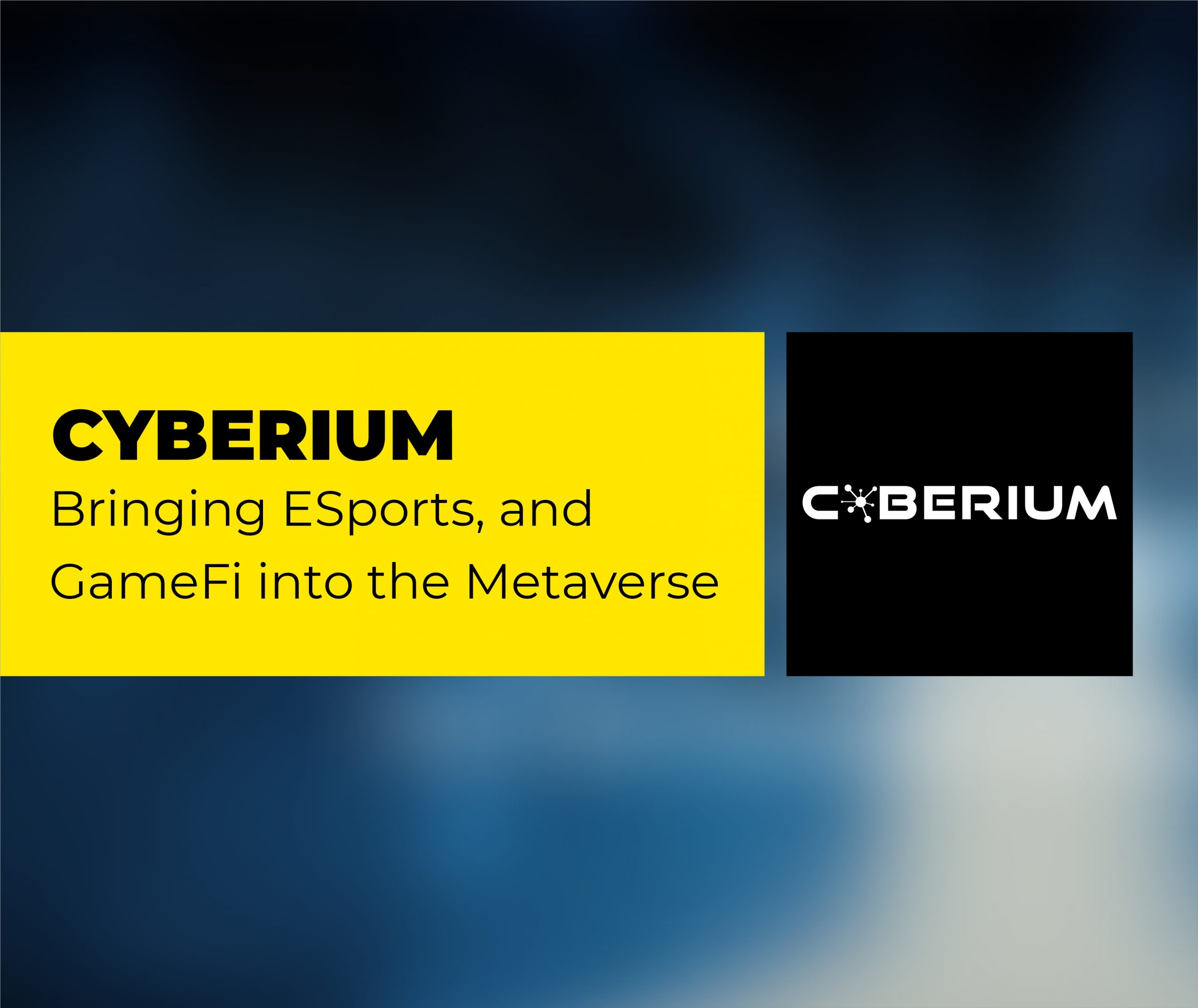 Cyberium is an innovative E-Sport metaverse project created to bring developers, gamers as well as investors together in one location to have diverse gaming experiences, socialize and earn in the ecosystem. It is built in blockchain technology thereby integrating numerous  DeFi functionalities.

In the Cyberium metaverse, there will be seven cities that will host several E-Sport games at the same time. Users of the platform can easily move from one city to another to explore the utilities in each city.

As of date, Vortera and 8 Ball Pool are the first city and game launched respectively. Although, plans are on the way to get other cities and games functioning in line with the vision of the team behind the project.

The E-Sports world has grown with a lot of following as well as economic value, and its integration into the blockchain space will likely produce massive results. In this crossover, players who capitalize on refining their skills in the games will be the ones who can generate a solid income over a long time.

Features of the Cyberium Metaverse

Cyberium offers a Free to Play and Play to Earn game model. With the Free to Play model, anyone can play and enjoy the game without earning any reward for doing so.

Moving to Play to Earn mode requires that gamers purchase an NFT from the marketplace or during an INO. These NFTs can then be used to participate in several games and pools for rewards. The rarity of NFTs also affects how much an owner can earn.

Users can also be part of the multiplayer mode as all sports games on the Cyberium platform can be played by two or more persons at the same time.

NFTs in the Cyberium ecosystem are of different types:

There is also a GACHA box that contains special NFTs and allows a user to earn a $BREAK token when they are unlocked. As a user, if you want to earn more you need to upgrade your NFT.

NFT Marketplace in the Cyberium is where users can make, buy, auction, and sell in-game utilities as NFTs using $BREAK. These NFTs can come from Skin, Cue, Gacha Box, Crafting Items, and Custom Materials. Transaction fees are attached to each activity carried out in the marketplace. The Workshop gives the provision for crafting and breeding their NFTs.

For all players in the game, a dual inventory system has been created to manage their assets: in-game inventory for storing all in-game assets like NFT and Non-NFT Items; and Wallet Inventory that stores all NFTs in e-Wallet on the blockchain network (currently BSC).

Tokenomics of the Cyberium Metaverse

The Cyberium ecosystem operates on a dual token economic system using $ESPN and $BREAK tokens. $ESPN, a BEP-20 token built on Binance Smart Chain, acts as the governance token of Cyberium. It is also used on rare occasions to reward users like after winning Sports Tournaments, and Championships.

$ESPN holders can as well participate in decision-making on the project, earn passive income by staking the token, and make payments for items like avatars and land bought in the game.

The second token, $BREAK, is the main in-game currency that is used for rewarding players and other activities, especially in the marketplace. Users can stake $BREAK to earn $BREAK.

$BREAK token and NFTs used in the Cyberium are designed with the Anti-Inflationary Economic Model. From time to time, $BREAK is burnt to control the amount in circulation while the NFTs get destroyed after several usages thereby players need to create or buy another item if they want to keep being part of the ecosystem.

RoadMap and the Team Behind the Cyberium Metaverse

The Cyberium team planned Q2 and Q3 2022 for the release of IDO/INO, PVP tournament; introduction of new chains, and games; launch of PC and mobile versions.

Other features that will come later are a training system; creator scheme; streaming system; and Castlanda, Oceanic, and Desertum game lands.

There are four Cofounders of the Cyberium project: James Vuong also acting as the CEO; Khiem Le, the CPO; Tony Chen, the CTO​; Huy Nguyen, the CIO; and Kenny Vo the CFO.