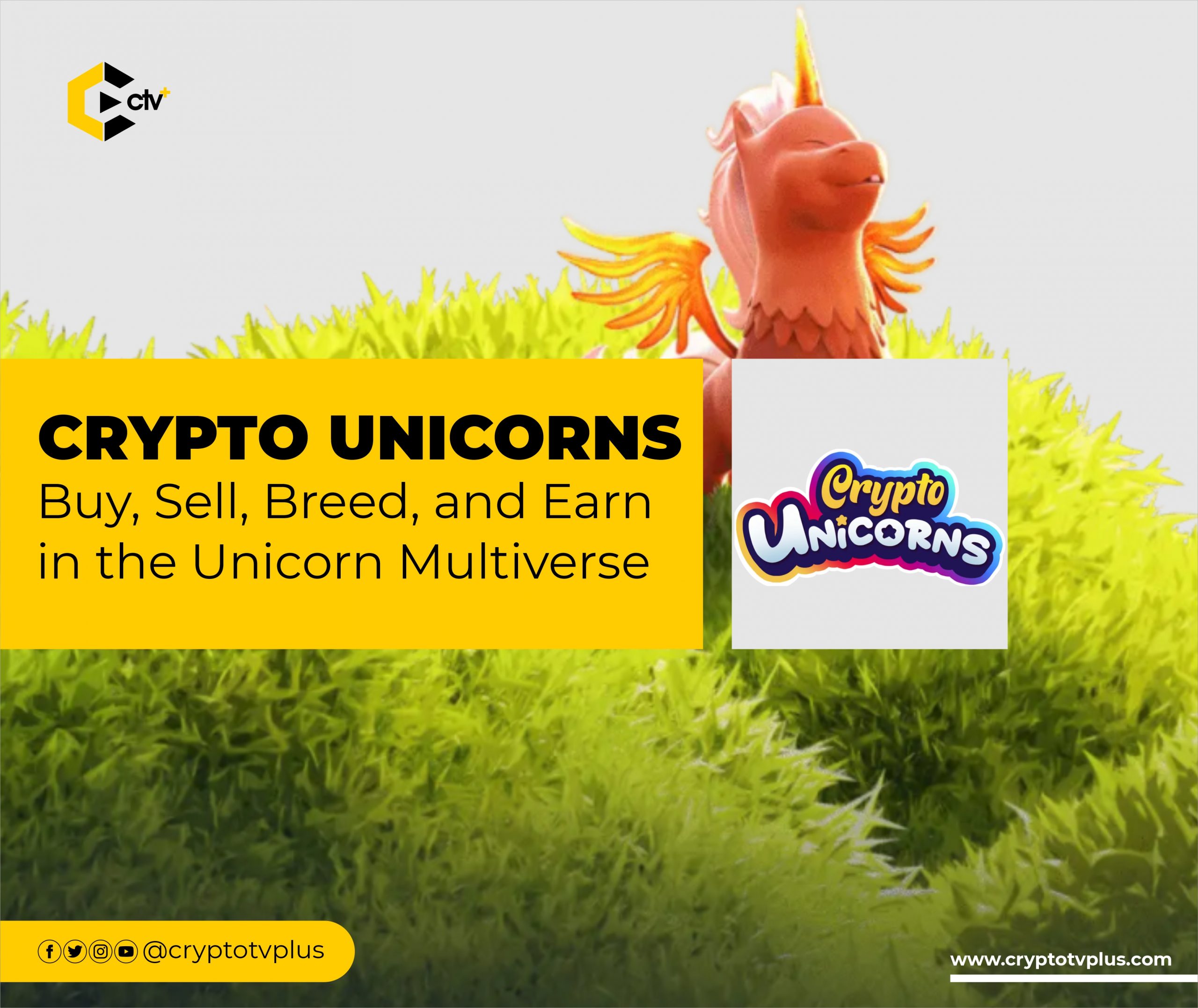 From P2E to Free to Play, and other models of gaming, the gaming world is currently experiencing a transformation that is bringing in new models for gamers. Blockchain is a major aspect that is pioneering this progress to five back huge benefits to players. Statistics show that there are more than 2.5 billion gamers in the world and the industry is driving towards $200 billion in worry by 2023.

Crypto Unicorns is a game that wants to thrive on this new wave giving gamers a more exciting and rewarding experience in the GameFi world. The inspiration is from legendary games like Super Mario, Pokemon, and Zelda that gave huge entertainment to the world in the last two to three decades. Crypto Unicorns is deviating from the normal free-to-play pattern to a full-blown economic system of gaming.

What is Crypto Unicorns?

Crypto Unicorns is an NFT-based P2E game that features the use of unicorns as the major playing element. Gamers use unicorn collectibles to engage in battles as well as other in-game activities and earn in the process.

The digital pet collecting and farming game is built on the Polygon network by San Francisco-based Laguna Games. For the team at Crypto Unicorns, the goal is to bring more users and gamers to the benefits of blockchain games.

How Does Crypto Unicorns Work?

For most blockchain-based games, there is always a need for a utility that drives the ecosystem. These utilities are always represented as NFTs. In Crypto Unicorns, for players to participate in the activities of the game, they must have NFTs. These NFTs represent land, unicorn pets, weapons, and other items needed in the game.

The basic gameplay in Crypto Unicorns is a farming simulation. Here, players buy Land NFTs on which the unicorn pets are bred. These Land NFTs are the homes of the players in the game and can be upgraded for more productivity. Some of the vital structures found on the land include Farm Slots, Gathering Cart, Workshop, and Nursery.

So in the Unicorn Multiverse, Farming is done to plant seeds that are used to breed unicorns and get other assets in the ecosystem; Breeding occurs in the Stables where unicorns are allowed to grow and be useful to the players.

In the Workshop, Crafting is done to create items for breeding, planting, building, and evolution. To collect more rewards from spoils, players can send their unicorns on Quest in the Gathering Cart. As they return, they come back with a lot of goodies.

Production of eggs, Hatching, Breeding, and the Evolution of unicorns occur in the Nursery. Two unicorns can be combined to yield a better and stronger one depending on what the player wants.

Unicorns also participate in Jousting, which is a seasonal tournament and requires a winner per time, and Racing, which is similar to Jousting but comes more regularly.

There is another game called Battle Gameplay. The structure is still in development but will involve PvE and PvP elements. As unicorns fight, players can opt to upgrade their attributes so that they can deliver better results.

While other games have features that allow gamers to lend their utilities to those who need to pay for them, Crypto Unicorns uses the NFT Delegation system. “With Crypto Unicorns we intend to utilize a staking or delegate system which enables both the lending of assets as well as trustless revenue share,” says the Whitepaper.

It’s hard to see an NFT based game without a marketplace as this is the central location where players can buy, and sell materials needed for all in-game activities. In the Unicorn Multiverse, there is a Marketplace that stands to supply the needs of the ecosystem.

Rainbow Token ($RBW) stands as the primary token of the Unicorn Multiverse. It performs the function as the utility token for purchasing and selling in-game materials as well as a governance token which gives stakers power to vote on community decisions.

There is another token called UNIM in the Unicorn Multiverse. It is an ERC20 Token used to breed and evolve Unicorns, and also craft high-value items and boosters. It is earned when players compete in various tournaments. Whenever UNIM is used, 100% burning is carried out. And the team plans to make it the foundation of the entire platform.

Axie Infinity, DeFi Kingdom, and Polychain Monsters are some of the top best games in the same genre as Crypto Unicorns. They are the projects to beat for the Unicorns to have a large part of the market. Another challenge with Crypto Unicorns is that it is still in its developmental stage and some of its best features are yet to be released.

From Q4 2021 to Q1 2022, the focus of Crypto Unicorns has been on development, marketing, and community building. The team plans to launch the game in May 2022.

Team and Partners Behind Crypto Unicorns

Laguna Games, the brand that owns Crypto Unicorns, is made up of 57 veterans from around the world. Here is a list of some of them:

Aron Beierschmitt is the Co-founder/CEO, ​of Laguna Games, with over 10 years of experience in the gaming industry. He’s a partner and investor at First Foundry and Codex Ventures Partners respectively. Aron has been involved in the development of games like Lumi, Ravenwood Fair, and Battle Strike Force. For crypto, he has been active since 2017 with a focus on DCR, ETH, MATIC, OHM, etc.

Steven Garcia is another Co-founder but CTO of the company and also with more than 10 years of experience working with games. His attention has been on game development as well as tech & tools. Brian Akaka serves as the CMO of Laguna Games having built a gaming experience that spans 15 years in games. You can see the rest here and partners as well.

Crypto Unicorns with its unique, experienced, and diverse team, wants to make gamers go more in the Unicorn Multiverse. Farming, hatching, and breeding unicorns is an opportunity to not just play games but participate in a new gaming economic ecosystem.