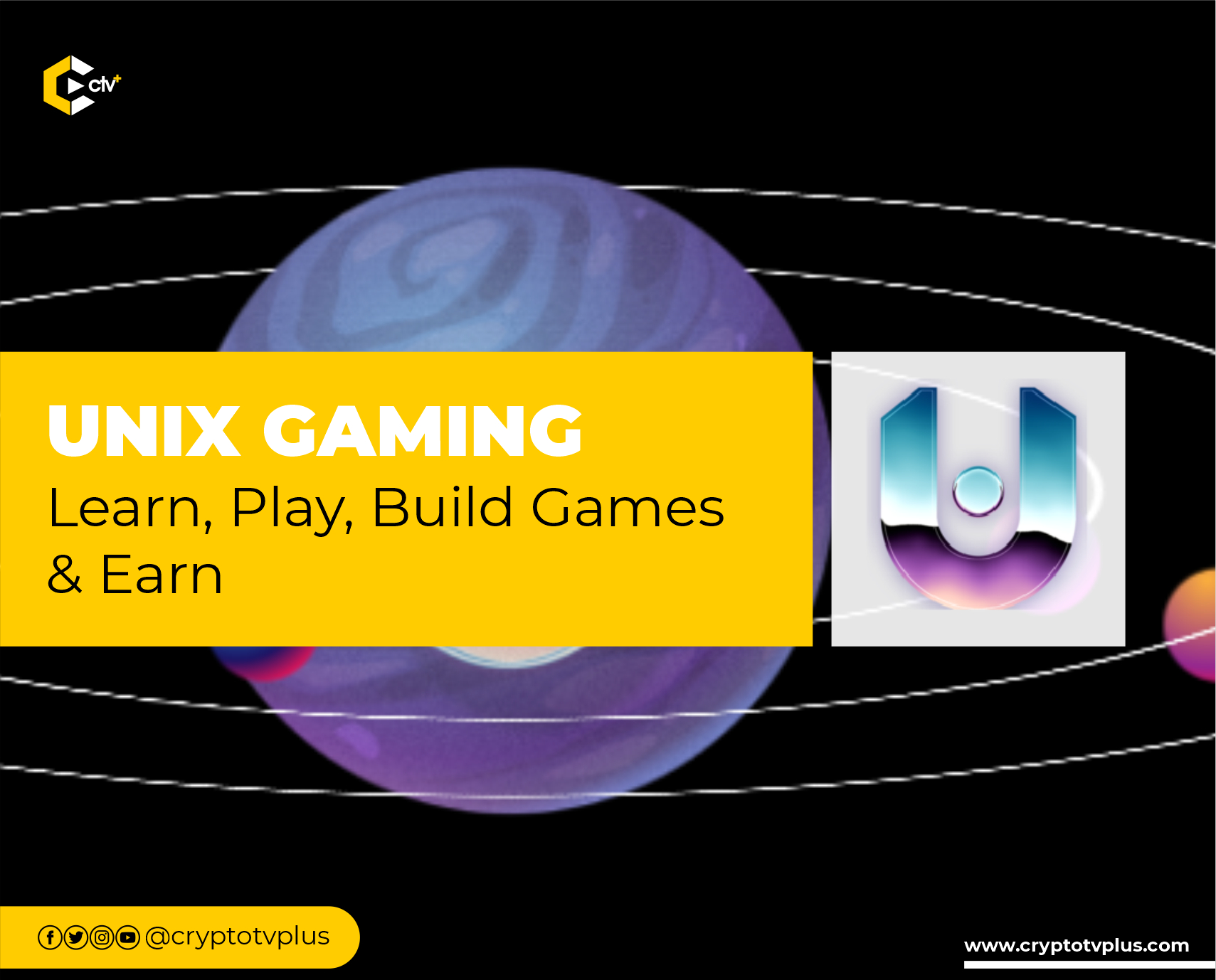 The success of the merger between blockchain and gaming to produce P2E has brought about a lot of advantages for so many around the globe. With a growing number of more than 3 billion gamers and a $336b market value, P2E platforms are reaching out to a more massive audience.

Axie Infinity is a perfect example of how P2E can change the lives of a group of people. Filipinos jumped into the trend of the game and that has made a lot of them who play the game earn above their national minimum wage.

Apart from them, a lot of other users from developing countries have talked about the economic leverage given by P2E through Axie Infinity. UniX Games is another P2E project that is bringing in easier and more flexible games for users to be onboarded. Axie has shown the path and there’s a need to make it better.

What is UniX Games?

UniX Games is a GameFi project that is built to allow gamers to earn from several gaming projects as well as assist developers to launch their games in the UniX ecosystem.

Part of the mission “is to be the first digital nation with the biggest virtual economy utilizing our community assets and DAO token in the metaverse,” says the team. “UniX Gaming brings together the fun of gaming and helping people in developing countries by using the emerging play-to-earn model.”

How Does UniX Games Work

P2E games or projects using blockchain technology always need avatars that are used for playing such games. These avatars are not like what is seen in previous game generations. In the Web3 era, they are represented as NFTs which gives them value in the marketplace.

UniX Games make use of NFTs which players use to engage in in-game activities. And each NFT is unique in function and value. Also, there is a Marketplace where these NFTs are traded. Players can either buy or sell or rent or upgrade their NFTs to suit the function they are looking for.

Another strong functionality that UniX Games has is the Launchpad. In the world of GameFi, launchpads are created to help upcoming projects get to the market so easily. So UniX Games is providing a system that will help other games to be launched on its platform leveraging the community and expertise of UniX Games.

For those who want to play games in the UniX space but don’t have the necessary resources to start, the UniX Scholarship system covers such people. Another aspect of the Scholarship is targeted at educating the gaming community about the relevance of P2E in the world today.

UniX Token ($UniX) is the home currency that drives the UniX platform. It is built on the Ethereum blockchain as an ERC-20 utility with a total Supply of 1,000,000,000 (1 Billion).

This token will serve as a governance and utility token so that holders can use it for In-game payments as well as voting on decisions that concern the UniX project. Investors are not left out as this will also be the primary token that will grant access to invest in the UniX Games.

For the UniX ecosystem, land NFTs, other games in the platform, scholarships, renting NFTs, launchpad, and more are some of the ways it’ll generate revenue for the project for full development. has planned out these

Then gamers can earn the UniX token through various community activities like involvement in tournaments, events, and gaming. Daily and updated metrics of the UniX token can be seen on CoinMarketCap.

Checking the outlook of the metaverse and GameFi market, UniX Games has so many competitors. But top of that list might be Decentraland and SandBox. They have built two of the top ten metaverse platforms in terms of investment potential and user base.

UniX is aiming to have a fully developed metaverse and that means it has to bring something special to the market to attract the best audience to the project. The community it has built of over 190K members on discord, and more than 13M streamers can be a starting point.

Apart from the Vigilance project for 2099, the project that started in 2021 planned to:

Team and Partners Behind UniX Gaming

Mirko Basil is the Founder & CEO of UniX Gaming with a degree from Frankfurt University of Applied Sciences. He has pioneered projects in the gaming industry and currently designs metaverse projects.

Andrew Thomas is an Alumnus of the Queen Mary University of London, based in Dubai, and serves as the Chief Strategy Officer, at UniX Gaming. He was a broker, who traded commodities but discovered crypto and moved into the trend.

Sindy Tang, a Chartered Accountant in Australia, and based in Australia is the CFO at UniX Gaming. He has degrees in Commerce (B.Com.), Accounting and Business Law. Sindy has greater insight into leadership, financial analysis, and management accounting.

Nick Tieu serves as the Chief Operating Officer at UniX Gaming. He is also the founder of Label Official Pty Ltd based in Australia. The alumni of the University of Canberra (Bachelor of Commerce) have been trained at Tai Lopez SMMA and CardoneU. Nick is vast in digital marketing, real estate, and sales.

UniX Games have partnership agreements with brands like Guide Education, Blockworks, IQ Protocol, The Sandbox, Chainlink, and Engines of Fury.

P2E is giving a new meaning to the financial status of a lot of people globally. The market shows huge potential and UniX Games is one of the projects targeted at making this possible by helping more people learn, have fun and earn in the “P2E” way.