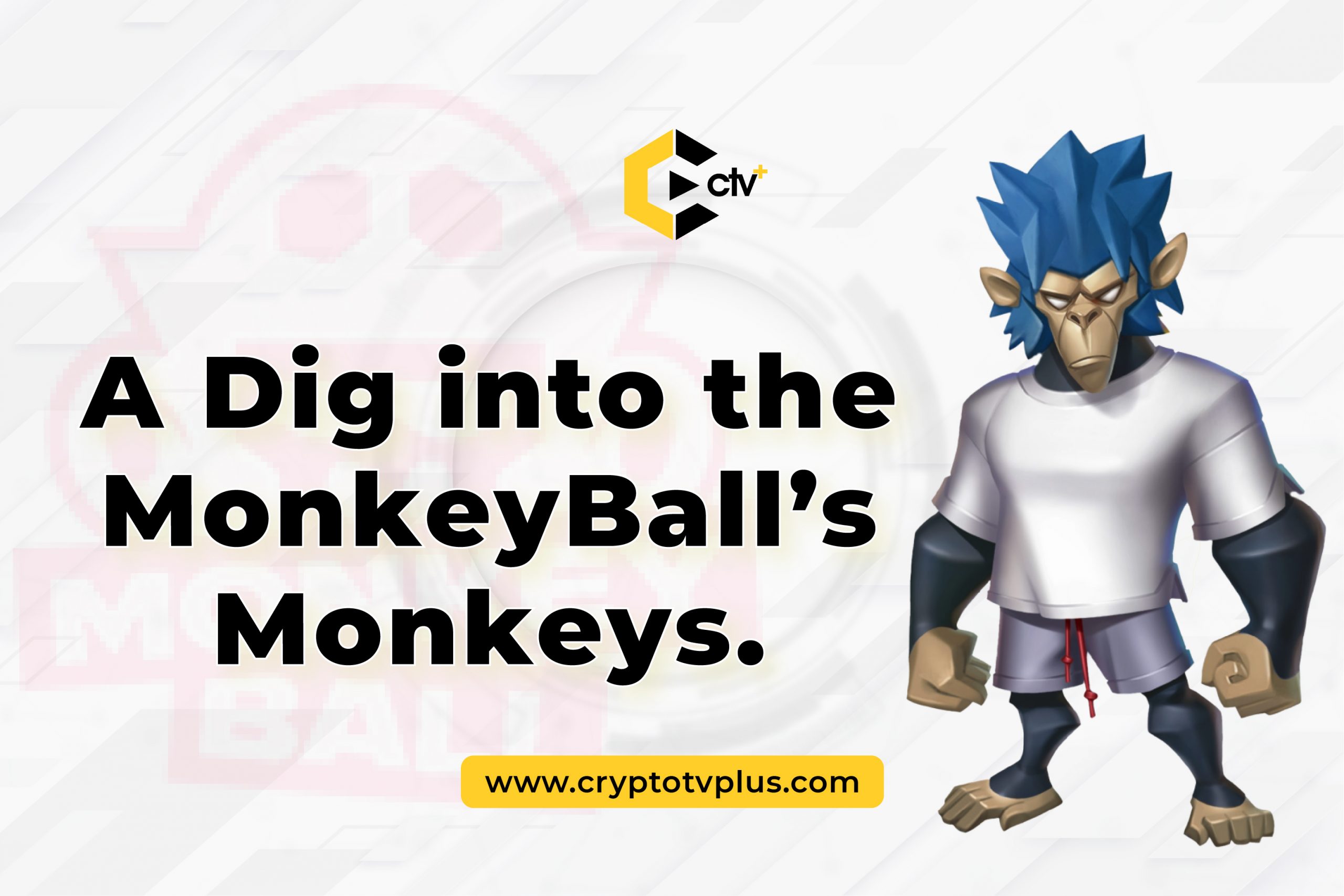 MonkeyBall is an eSports multiplayer game built on the Solana Blockchain as a combination of NFTs, Decentralized Finance, and Soccer, with Monkeys as players.

Just like every other play-to-earn it delivers pleasure to gamers and a reward system that lets them earn as they play.  The game is being developed on the Unity game engine.

This turn-based play-to-earn soccer game is an all-in-one of FIFA Street and Final Fantasy where players own the in-game assets in the form of NFTs as made possible by the idea of asset portability introduced by MonkeyBall.

The MonkeyBall game can be launched on either the Desktop or Mobile device.

Gamers on the platform air their creativity by using the in-game assets to participate in the MonkeyBall gaming world, which accommodates diverse players by making available well-designed gameplay roles.

Players take part actively or passively in the MonkeyBall ecosystem. All in the bid to serve a decentralized player-owned gamefi economy.

MonkeyBall is a 4v4 arcade soccer game where one can either own a team, host a game or be a spectator.

A player can build a MonkeyBall team made up of four monkeys assigned to different soccer wings; Goalkeeper, Defender, Midfielder, and Striker.

The matches are organized and played between two teams consisting of 12 to 6 rounds of play. To navigate the game, the player uses the dribble, pass, shoot the ball, or the special moves features.

A round can be ended when the two teams complete their turns or when a player clicks “End Turn.”

The Monkeys have inbuilt abilities according to their designed DNA that makes each unique for the wing it should play.

These abilities can be set or the monkeys trained to develop the skill. The monkeys’ skills for the wing it plays give it an advantage to counterattack the opponent’s move on the pitch.

GameFi; The Versatility of Project SEED NFTs and development

MonkeyBall is a 3 mode gameplay:

Player vs Environment:  Monkeys are trained to skill up their overall ability; passing, accuracy, defense, and control.

Team vs Team: A multiplayer-controlled team match. All multiplayer games are played in stadiums and watched by spectators.

$MBS is earned when one opens a loot box, completes a mission, wins a match, hosts a game, or root for a team that eventually wins. $MBS can be bought on DEXs.

$SCORE has a fixed token supply that will not be sold but earned by being an early holder of the $MBS token, staking rewards, or farming.

Matches: when a team wins a match fixture against another team, the victor team is rewarded with the MonkeyBall token $MBS

Stadiums: a player can own a stadium and be rewarded when they host games, tournaments, and special events.

Spectators: a spectator roots for a team and when their team wins they are rewarded.

The MonkeyBall is incubated by Raz Friedman; Playtika’s Chief Product Officer and Shahaf Bar-Geffen Co-founder and CEO of COTI, with 7 other team members.

MonkeyBall has been selected as the first IDO to be launched on StarLaunch; a new Solana-based IDO and Incubation Launchpad. The sale is scheduled for November 30th.