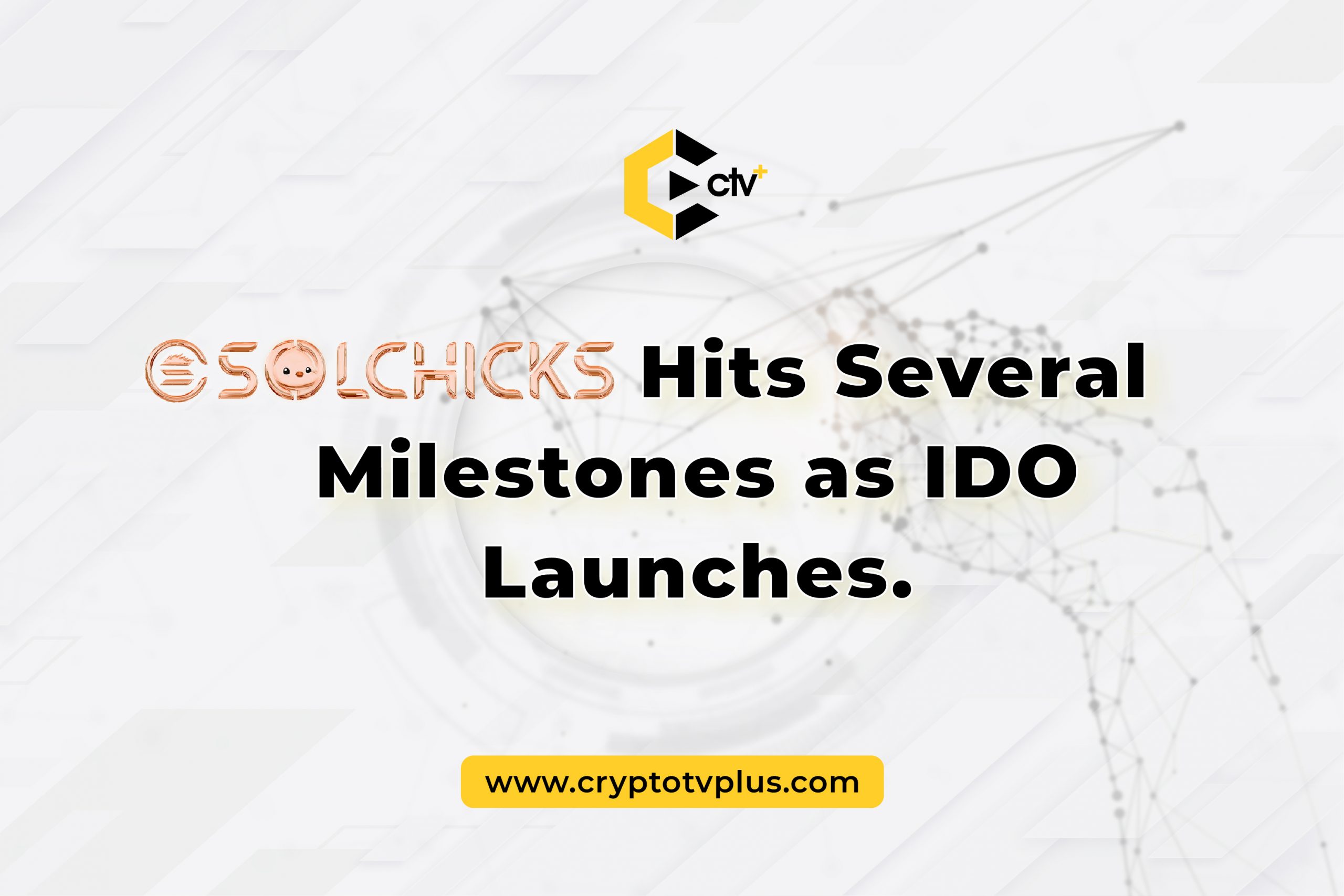 Solana-based play-to-earn game SolChicks is occupying the headlines due to the milestones it hit prior and sequel to its IDO launch.

Reckoned as the most anticipated play-to-earn game on the Solana blockchain, SolChicks not only caught the eye of leading investors in Game Finance (GameFi) who actively participated in its IDO that was held on Friday.

The play-to-earn game has garnered lots of followers on its social media pages, including Twitter, Discord and Telegram.

As of press time, SolChicks’ Twitter followers stood at over 225,000, from a mere 26k it recorded seven days before the game’s demo was released.

As soon as the game’s demo was released, it had racked up to 50,000 players within the first week.

Solchicks topped several other charts, ranking as #1 on CoinMarketCap, Solana P2E and Solanart as the #1 play-to-earn game and #1 NFT collection, respectively.

Solchicks Telegram followers currently stands at over 180k, and there are more than 150k members on its Discord page.

The NFT P2E game racked up these large numbers after its demo emerged, enabling people to have a feel of the promising game.

However, these are not the only reasons why SolChicks is in the headlines. SolChicks’ IDO launched simultaneously on more than 30 different launchpads across all blockchains, making it the only P2E project to have done so.  Private investors that participated in the IDO numbered up to 328.

Gamefi— an Exploration into the Project SEED Ecosystem

Solchicks aims to be a revolutionary gaming ecosystem on Solana with P2E and PvP utilities. The game integrates as non-fungible tokens characters with each possessing different features that determine its rarity.

Using these characters, players can battle against themselves, testing the strength, skills and weapons of their SolChicks.

Players will be able to breed and train their NFTs while earning $CHICKS— the game’s governance token— when they top the leaderboard after weekly competitions.

In other instances, they earn in-game items such as feeds, weapons, skills, powerups, Solcoins (an in-game token) and other tradable NFT items.

This helps their SolChicks to grow to be the fiercest among 2500 available SolChicks. Players can acquire lands within the SolChicks metaverse.

Players who own more than one SolChicks are able to produce a SolEgg, which means another SolChick NFT.

SolChicks are already trading on major Solana-based marketplaces such as Digital Eyes, Solanart, Magic Eden, attaining a floor price of 14 SOL from a low of 1.8 SOL. One SolChick with rare attributes sold for as much as 160 SOL ($35000).

The GameFi sector is seriously heating up and the momentum is unlikely to fizzle anytime soon as we continue to witness the integration of other innovations like NFTs and the metaverse into the ecosystem.

With gamefi projects like SolChicks, the valuation of the industry is poised to explode.