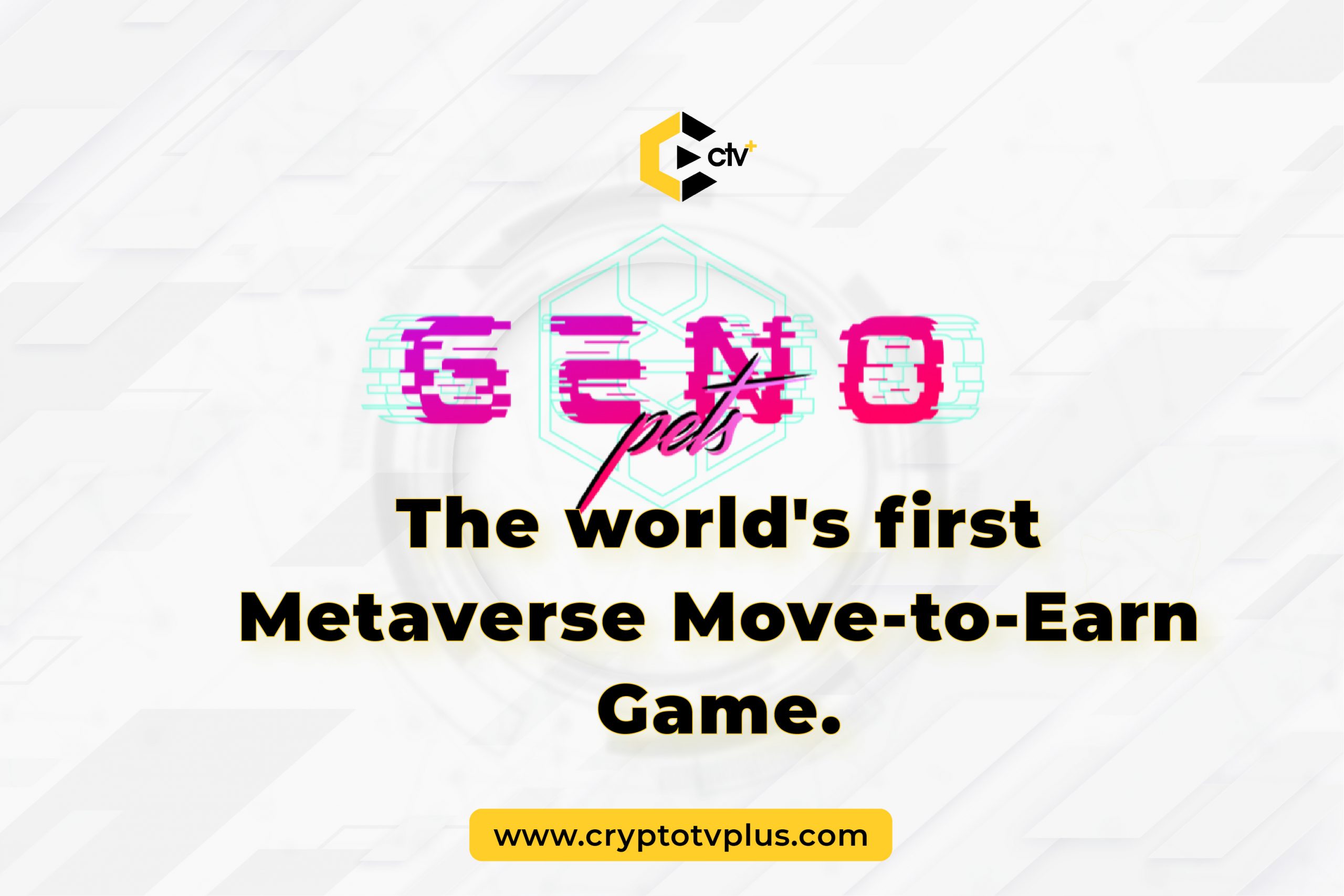 Imagine living in a world where you get paid to sleep, wake up, play games and look fit. Cool right?

Like, all you have to do to earn money is to play games and take proper care of yourself instead of waking up to jump buses so as to get to work early and feeling all exhausted at the end of the day’s work. Which would you prefer?

There is this saying “ You cannot eat your cake and have it”. Actually, with GENOPETS you could have both with ease.

In the real sense, it is not only in games you can have fun ,get paid  and still stay active. Working long hours in an office can also earn you money but self-care along with it can be difficult.

Genopets believe you really do not need to compromise your health for wealth, that’s why it has created the First-Move -to-Earn NFT game that makes it possible to earn cryptocurrency for being active in your daily lives.

Genopet is a generative NFT that evolves, which can be upgraded, as you  move to the next  level in the game. Genopet NFT is free and is minted as an infant.

Over time, it will increase in value as you invest time and effort to augment its type, battle performance, and aesthetics.

A Genopet evolves with XP, and its evolution is guided and accelerated using Refined Crystals.

Genopets is  the world’s first Metaverse Move-to-Earn NFT Game  built on Solana for the nurture and evolution of individual personalities.

Genopet making it fun to live an active and fitness lifestyle. Genopets is the first mass market NFT game that targets a global audience far beyond the crypto-native players.

It has been designed to allow users to start free to draw global attention to what may be possible with NFT gaming.

Genopets is a Free-to-Play NFT game on Solana that makes it fun and rewarding to live an active lifestyle.

Genopets uses data tracked by your smartphone or fitness gadgets to advance your genopets NFT in games.

The concept, Move-to-Play means Genopets converts your real – life movements into an experience point (XP) for you to progress in the game.

It basically replaced the time spent on the old in-active video games  with checking in on your physical activity as you go about the day.

Now, your hard-earned in-game progress acquired through walking around all day can be traded as an NFT at market value, creating the first “Move-to-Earn” NFT gaming experience. Amazing!

It is important to nurture, battle, and evolve your Genopet NFT to increase its value with every step  taken in real life, then sell it on the marketplace to reap the rewards of hard work. That’s why it is  called Move-to-Earn.

What Is The Metaverse?

Top 3 Paying play-to-Earn Games; What you need to play

To basically understand Genopets, it is important to also understand the reason for the game creation.

A game is not meant for entertainment, but also  a strategic means for telling stories. A game unfolds according to the choices and actions of the player directly into the story.

Genoptes uniquely impact a player’s physical body. It is a story based on recognizing, embracing and evolving who we are and :

Genopets has a heart that recognizes and embraces you for who you really are not minding your imperfections .

It is a spirit that celebrates who you are to become and never allows you to lose faith or give  up on yourself.

$GENE is a fungible governance and staking token that represents ownership in the Genoverse.

As a $GENE token holder, you vote on the future of gameplay and stake your $GENE tokens to earn rewards.

$KI is a fungible in-game reward token that you earn when you purchase a Habitat. Use $KI to evolve your Genopet, alchemize crystals, generate new Habitats, and battle other players.

A Habitat is a place where the genopets lives and evolves. Habitats are generated non-fungible tokens you purchase through the Genopets Marketplace or craft using $GENE, $KI, and Gene Crystals.

Refined Crystals are non-fungible tokens that are crafted  using $GENE and $KI to direct the evolution of a genopet.

Refined Crystals come in many forms and each plays a unique role in affecting the  pet’s evolution.

Basically, genopets start all players in a Free-to-play where  their in-game actions are compensated financially through genopet on a long term.

In order to  start playing Genopets  all you need is a smartphone.

To accelerate the gameplay, you can purchase a Habitat to speed up the evolution of your Genopet, craft refined crystals, and unlock the continuous $KI token earned daily in addition to XP as you move.

There are countless ways to earn money in the Genoverse. Trade crafted items, accessories, move-sets, and land on NFT marketplaces, or just trade $KI itself on exchanges.