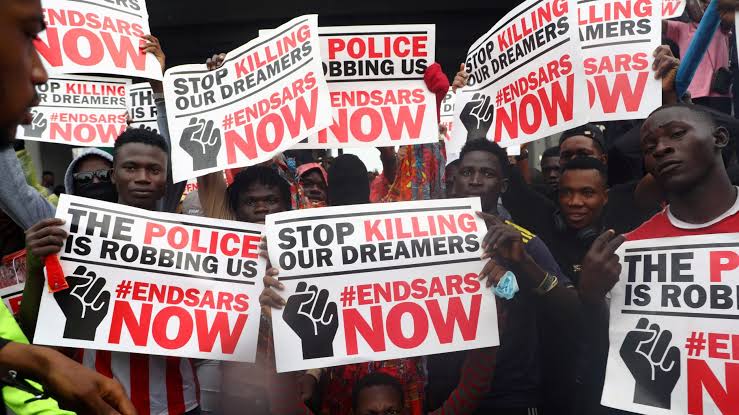 Decentralization as an Unstoppable Force in the Face of Political Oppression

For over a week, many young Nigerians have been trooping out to protest against police brutality with the singular hash tag #ENDSARS.

A movement that seeks to achieve the liberation of the people from the hands of their oppressors. The ones that are constitutionally empowered to protect the lives and properties of the citizens had become their nightmare with every encounter producing terrible and unimaginable tales.

The people of Nigerian are tired and have taken to the streets to express their grievances, and across the nation’s 36 States of the Federation, people are rising up to tell the authorities that enough is enough. It’s obvious that this movement isn’t like the previous ones.

While the #ENDSARS hashtag has been raging on for some years, this October 2020 outcry is different as multiple businesses, organizations, celebrities, business leaders and uncountable individuals have come up to lend their voices to the cry for justice and an end to police brutality and impunity.

The protest started as a march against police brutality and has now grown beyond it to include every form of injustice, oppression and corruption.

In the context of the current scenario “SARS” has become a metaphor.

“SARS” in our society today represents all the inefficiencies, corruption, structural imbalances, faults and All the shenanigans of the Political class

SARS is a physical representation of the govt,this protest is beyong SARS.We're saying NO to hardship! Lies! Corruption! Tell them how Snake swallowed 36m and how donations of 1b during a pandemic cannot be accounted for.Oh, and that's not even all!

This protest for a better Nigeria unlike previous marches and outcry has certain qualities that made it unique and these qualities mirror the world of crypto.

Let’s dive down and explore the relationship between the #ENDSARS protest and the crypto movement.

Just like in crypto where every participants contribute to the security and stability of the network, and there are no leaders, the #ENDSARS protest is similar. It’s public knowledge that there are no faces to the protest.

There are no leaders. Not even @feminist_co. I want you all to understand this. Nobody is a face to this movement. #EndSARS https://t.co/jlfgbTnU2X

The people believe the effectiveness of the protest is for there to be no leader with authority to make decisions that could affect them.

The misyarns and misspeak from different respected quarters over the last few days including tonight is exactly the reason why this movement must have no leader/leaders.

That way, if one person/group runs mad, he/she/they are on their own, the movement continues.

The idea is that anyone can be corrupted either by agreeing to being bought out or by bowing to coercion. The movement rides on the strength of everyone is a leader (node),  no one is above anyone and everyone is contributing to the ledger of history. This is exactly how the blockchain is designed

As a movement without leader, certain individuals/organizations have tried to exert control and be looked upon as a somewhat leader of the movement, this is anti-decentralization – the ideology of the protest and thus these ‘corrupt nodes’ has been set aside so as to avoid a 51% attack on the protest network.

Sowore wants to be the one that they will be negotiating with. Sorry bro, this movement has no leader. It does not even need one. No "oga", no "follower". We are unanimously in levels, and motives. SARS must end. #EndSarsNow

Bitcoin and by extension the entire crypto is an alternative to traditional finance and will replace traditional finance. As the heat of the protest became increasingly hot, there were mentions of financial institutions censoring payments.

If you still want to donate here’s our BTC address: 1CWdxSTKang1toEv2an1AY3z8cuwiapyno#SARSMUSTEND https://t.co/oE1FNGmbfg

The censorship necessitated the use of alternative currency – Bitcoin to raise funds for the protest. Bypassing traditional finance, a move Satoshi Nakamoto will be proud of.

The protest is ongoing and while some are calling for some level of leadership with the idea that absolute decentralization is a myth, it should be noted that the present has come this far owing to its no-leadership nature. Will there be a fork to a centralized style of governance in the near future? Or will the goals of the protest be realized in its current decentralized form?