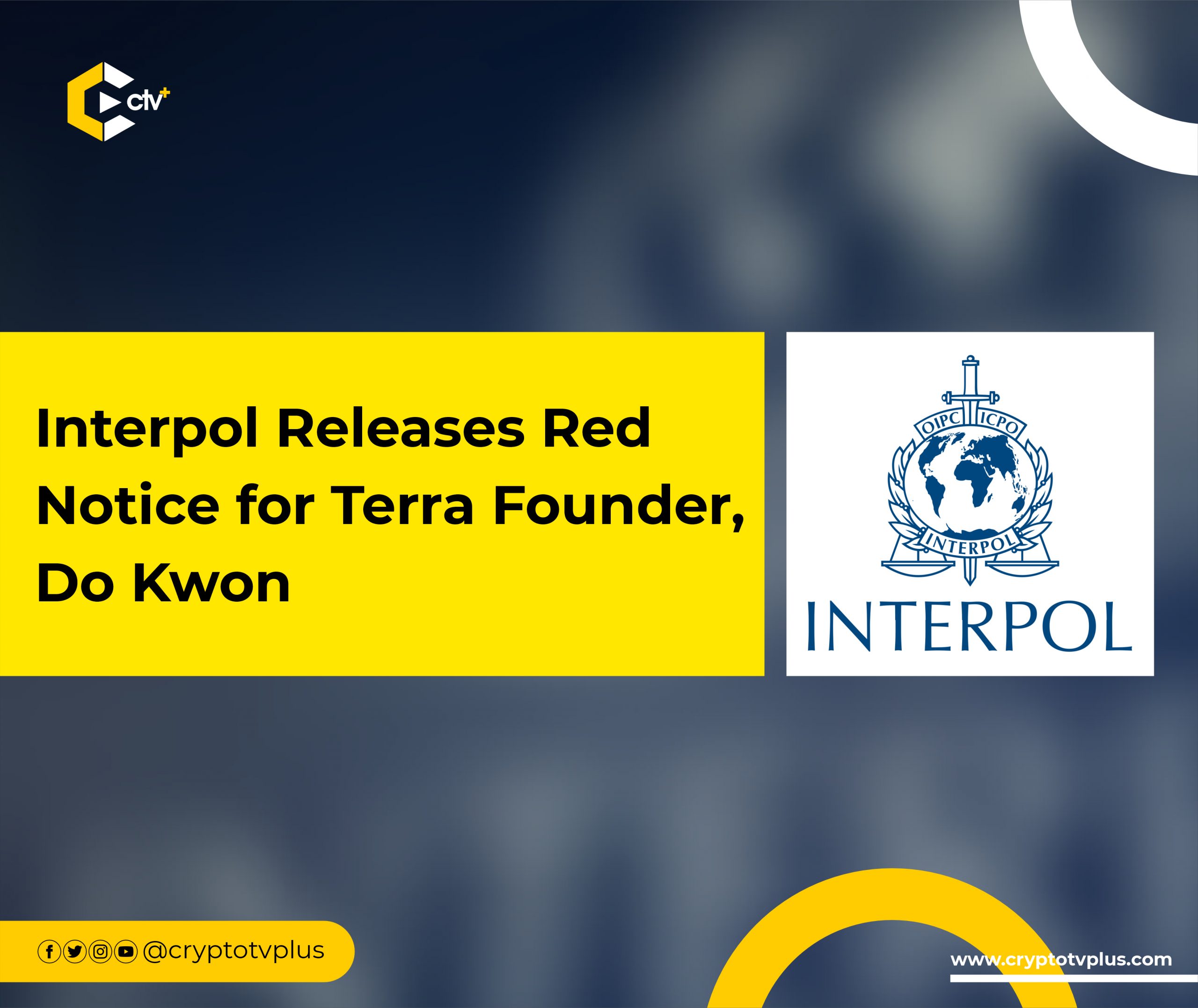 South Korean prosecutors have announced that the Interpol has issued a “red notice” for controversial terra founder, Do Kwon. The notice is connected with the Kwon’s alleged role in the collapse of the Terra ecosystem in May.

Last week, CryptoTvplus reported that prosecutors had obtained an arrest warrant from a Seoul court to arrest Kwon and five others to face charges bordering on the violation of capital markets laws. In the same week, the prosecutors had also asked the Interpol to issue a red notice on the premise that the defendants were residing in Singapore.

However,  Kwon appears to be in a different location, authorities have discovered. While he has stated his willingness to cooperate with prosecutors and that he was not on the run, the red notice will enable the Interpol to locate and provisionally arrest him pending extradition or surrender.

Kwon and the five others, including co-founder Daniel Shin, will face prosecution for their controversial role in the LUNA/UST crash, which drained a huge chunk of liquidity from the crypto market. The crypto market had lost over $17 billion due to the crash.

Meanwhile, several calls have been made for Kwon’s arrest. While local prosecutors and the Interpol have mentioned Kwon will be arrested within a year, his exact location is still unknown.

Korean Authorities asks Interpol to Clamp Down on Do Kwon