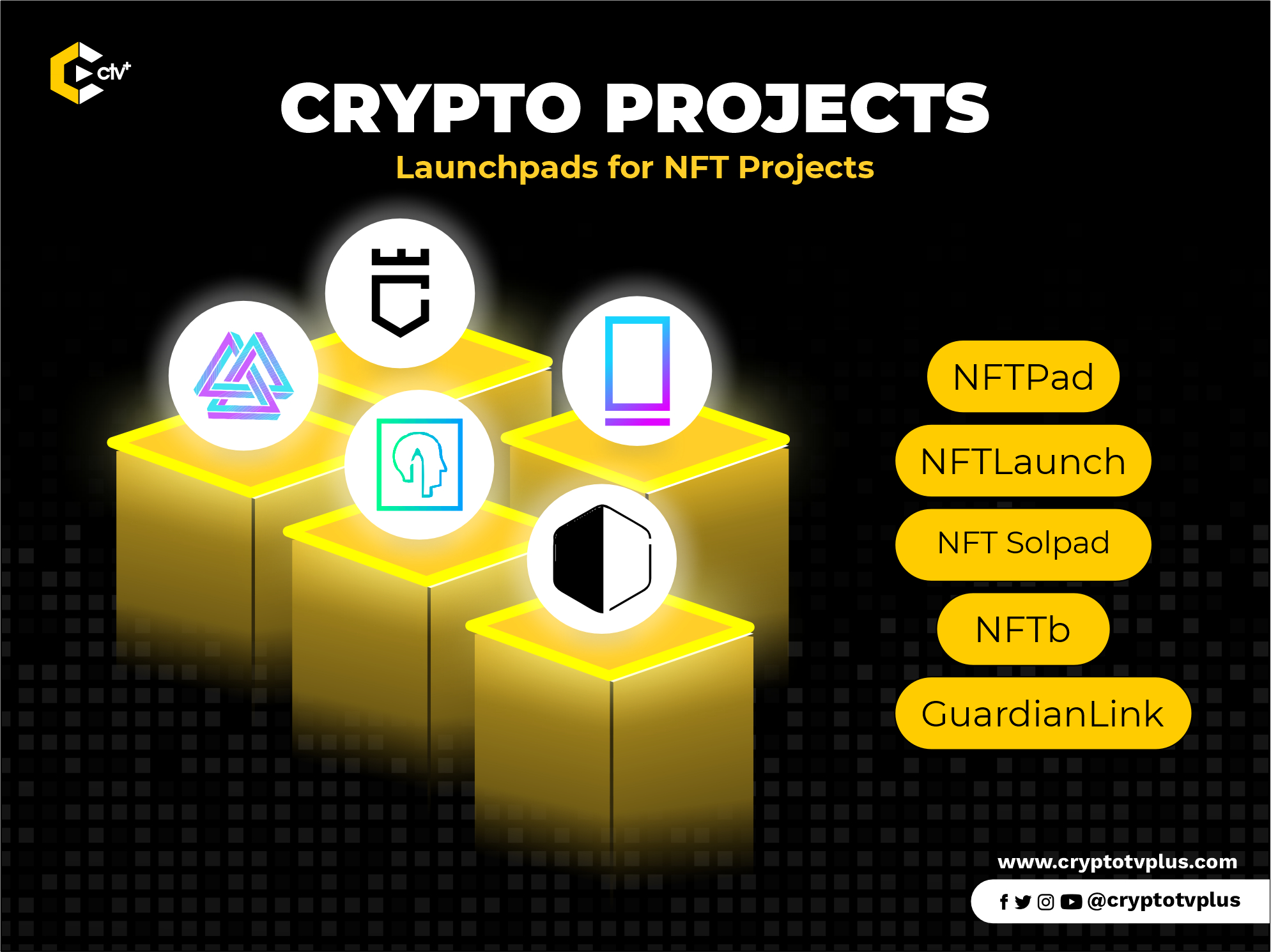 NFTs have now grown into an important niche in the crypto market and projects seeking to launch out NFTs must pay keen attention to details in order to have a successful and sustainable project. NFT Launchpads were created to simplify and fasten this process.

NFT Launchpads are designed to help teams who want to release NFT-based projects into the crypto ecosystem. And the primary function is to raise funds.
Here are five NFT Launchpads to look into to launch an NFT project:

NFTPad is a deflationary cross-chain launchpad that supports the release of NFT-based projects seamlessly. These include chains, DeFi protocols, gaming as well as art projects. The support it offers covers Initial DEX Offerings (IDOs), Initial NFT Offerings (INOs), and Initial Game Offerings (IGOs).
This launchpad was incubated by the TrustPad team and released in August 2021 to help creators design, release, and trade digital collectibles.
NFTPad is made up of an NFT Marketplace (where anyone can buy and sell NFTs), NFT Creation portal (where artists and creators can quickly create and mint their NFTs in simple ways), NFT Launchpad (that gives access to premium NFT projects for investors), and NFT Gaming (a service where users can fund and earn profits from upcoming games).
The platform has a native token, $NFTPAD, which is used to access and participate in activities planned in the ecosystem. $NFTPAD has an All-time Low and All-time High of $0.009015 and $0.3347 respectively as of August 10, 2022.
Projects launched on the platform include Scotty Beam, Strip Finance, SugarBounce, SportsIcon, and InPoker.

Solanart; the First NFT Marketplace with a Launchpad on Solana

NFTLaunch is a three-tier based launchpad backed up by BlueZilla to boost the launch of NFT projects. It is built to be deflationary with a marketplace, launchpad, and charity system for social good.
Community members of the ecosystem can use their tokens to participate in the launch of any project as well as stake them to receive passive income. Although, staked tokens can be unstaked for free and have a waiting period of 21 days.
The team behind NFTLaunch was also behind the successful BSCPad and TRONPad platforms. Velhalla, MetaVPad, Katana Inu, Verve, and Metafluence are projects that have been launched on the NFTLaunch platform.
$NFTL is the native token of the NFTLaunch ecosystem and has an All-time High and All-time Low of $634.14 and $0.00668 respectively.

NFT Solpad is the first deflationary NFT launchpad built on the Solana blockchain. Here, creators have a system that can assure reduced gas fees as well as fast transactions for their NFT projects.
In the NFT Solpad, there is:

$NFTSOL token is the native token of the ecosystem that can be traded on platforms like OpenSea, and Rarible. Holders of the token can participate in upcoming projects. NFTSolpad provides a two-tier – MegaSol Tier and GigaSol Tier – a system that makes it easier for users to be part of several launches.
One of the strongest backings of NFTSolpad is the partnership with KCC MemePad to provide marketing structures for their projects. The team also runs a charity structure for humanitarian support.

NFTb is a multi-purpose project that fulfills the need of any DeFi upcoming project. As an NFT launchpad, it houses so many features that allow NFT creators to plan, raise funds and release tokens easily.
In the ecosystem, users have access to:

In November last year, NFTb launched NFTb Labs. The project was tagged the investment arm of NFTb. Its aim is to expand the NFTb ecosystem and empower creators as well as builders.
Projects launched on NFTb include Chirpley IDO, Swords of Blood, Spume IDO, Runnow.io, and Chimeras. According to the project, it has partnerships with Trust Wallet, Polygon Studios, and Binance.
$NFTb is the native token of the ecosystem with an All-time Low and All-time High of $0.01262 and $0.6319 respectively.

GuardianLink is primed as a no-code platform where NFT projects can be launched easily. Creators without technical skills can design, and launch their NFT projects in minutes. These assets can also be traded in the Guardianlink marketplace where other users of the platform buy and sell NFTs.
The team integrated an Anti.RIP artificial intelligence technology that safeguards assets launched on the platform. Anti.RIP checks online for duplicates and counterfeits of NFTs released in the launchpad. It’s an AI-powered antipiracy system.
After launching any project, anyone can access them through third-party exchanges, and wallets like OpenSea, Rarible, Binance NFT, Foundation, Enjin, Trust Wallet, Coinbase Wallet, and Metamask.
The team behind Guardianlink is made up of Keyur Patel, Co-Founder & Chairman; Ramkumar Subramaniam, Co-Founder & CEO; Arjun Reddy, Co-Founder & CTO; Kameshwaran Elangovan, Co-Founder & COO; and Sandrina Paula, Vice President.
Kalaari Capital, Logan Anjaneyulu Alamo, Barrie M. Osborne, Ross Levinsohn, Sonja Nuttall, and Maya Hari make up the partners of the launchpad that has released Jump.trade, and BeyondLife.club.