STEPN vs MOOV: A Comparison of Moves
Advertisement 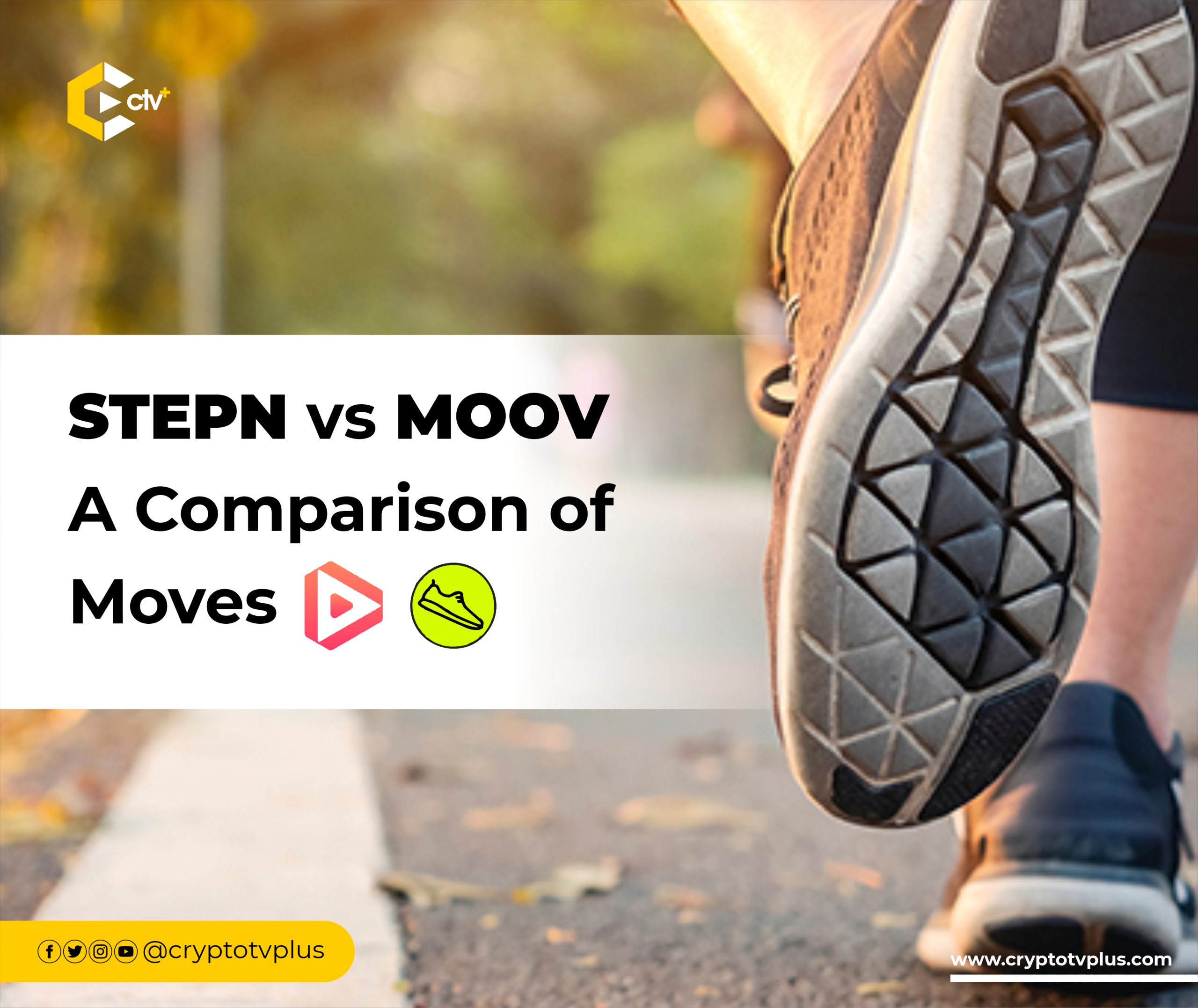 The Move-to-Earn revolution started in 2021 with the release of Genopets. After that, other projects came into the scene with similar and differentiated models. However, all of these projects have been geared towards taking the Play-to-Earn model of crypto games to a new level.

While most PlayToEarn projects are focused on making players have fun and earn, Move-to-Earn is focused on building a healthy lifestyle for people globally. So users carry out physical activities and earn tokens as rewards.

What is StepN and Dotmoovs?

StepN was created as a platform targeted at inspiring people to build healthier lives by carrying out more bodily movements while they earn. Dotmoovs is another Move-to-Earn project built to reward people for building better healthy habits.

Move-to-Earn project Dotmoovs was inspired by the COVID-19 lockdown where a lot of people had to stay at home. And consequently affected the fitness business as members of gyms were unable to access fitness centers. The sports world was affected as well – sports centres and stadias were shut down to control the spread of the pandemic.

Despite the conditions above, there had to be a way to encourage exercise routines without physical limitations. This is where StepN and Dotmoovs platforms come in.

The Differences between StepN and Dotmoovs

StepN is a Web3 app that combines GameFi and SocialFi features. For users of the platform, the goal is to walk and earn in the process. A pair of sneakers is bought, by connecting a wallet with a Solana coin, then the owner needs to walk around, exercise, run, or carry out any movement. While this is done, the user earns rewards for the movement.

For Dotmoovs, users do more than move around. They participate in what is called Sports Mining. This process allows users to earn by practicing healthy habits from jogging to running and then by competing with other users from anywhere around the world. The reward, which comes as MOOVs tokens or NFTs, for the competition is controlled by an AI-driven referee.

In StepN, a dual token system is used where two different tokens control the ecosystem – Green Metaverse Token (GMT) and Green Satoshi Token (GST). GMT is the native token behind the STEPN ecosystem. Green Satoshi Token (GST) acts as an in-game utility token used for the purchase of goods in the app. It has unlimited supply and is obtained by carrying out basic movements.

MOOV token is the primary token of Dotmoovs. With it, payments are made as well as rewards given to users from basic activities, tournaments, and other challenges. Users can also stake this token to earn NFTs. The total supply of Moov is 1 billion.

For StepN, there is a burn mechanism that is initiated to help more and more users build healthier lives. The aim is to reduce the circulation of GMT and GST to bring about higher value from scarcity. But on the Dotmoovs platform, there is no mention of a burn mechanism.

The team behind StepN chose Solana as the home blockchain to build the project, it is also on the BNB Chain while Dotmoovs is built on Ethereum blockchain with the integration of BNB Chain.

StepN and the Dotmoovs are making people globally access services that would improve their health while earning. No more waiting to see someone physically before you build a healthy lifestyle. With the two platforms, you have your gym and exercise inspirer with you anywhere.

STEPN vs MOOV: a comparison of moves – CryptoDol