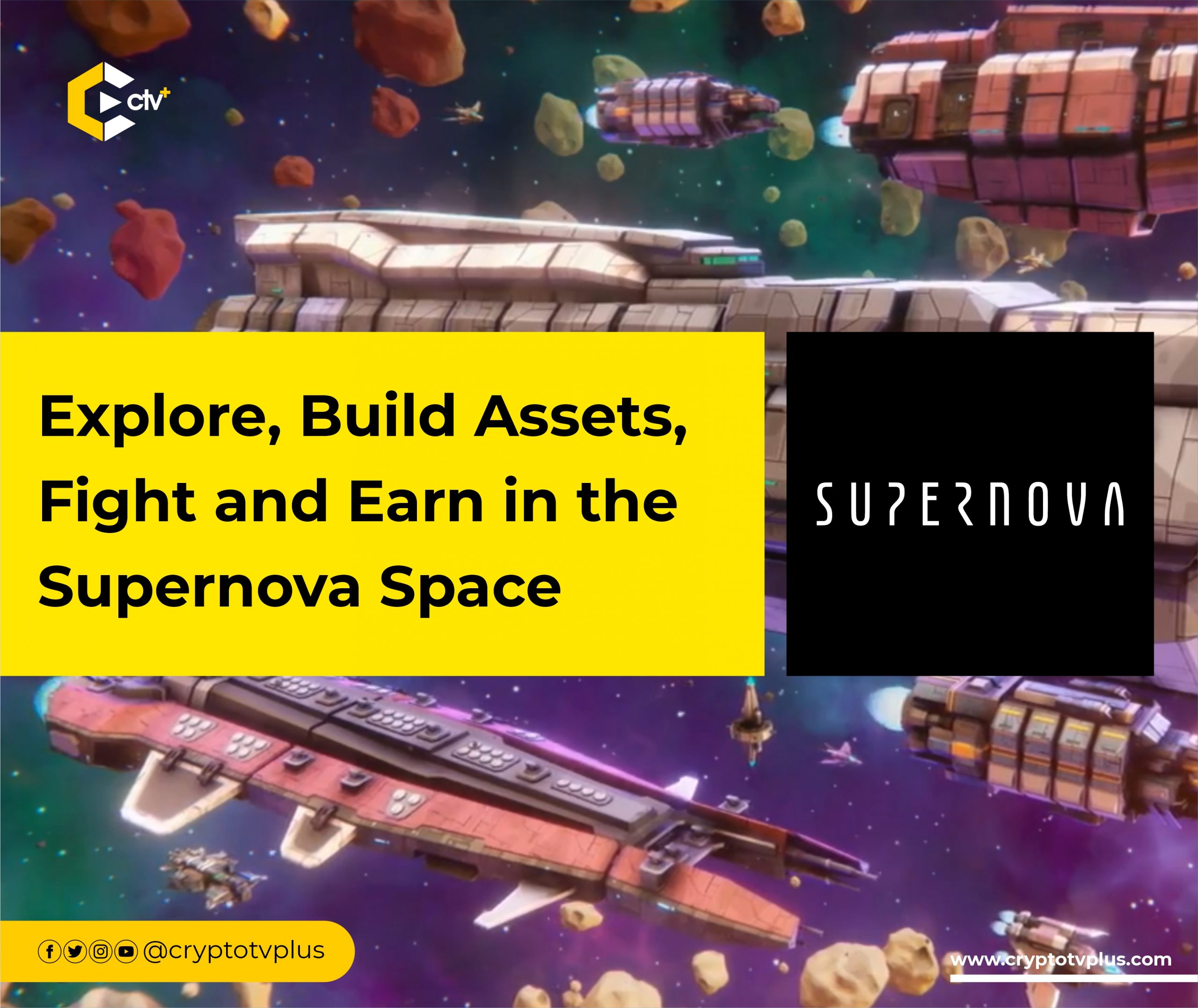 A new economy was opened in 2017 when blockchain was integrated into gaming to produce the first Web3 game: CryptoKitties. After that, a lot of other projects have been released to give gamers good platforms where they can explore their fantasies and also earn in the process.

This has been part of an industry that grew to more than $3 billion in 2021 and is projected to reach a $39.7 billion sector by 2025. With these new opportunities and grounds to explore, Supernova was created to give gamers a platform to explore and earn while playing games.

Supernova is an immersive online 3D survival game involving multiple players acting as various characters. The project allows players to build, own and earn from assets in the Supernova Space.

The platform started in 2020 and took about a year for the prototype to be developed with an open economy featuring play-to-earn mechanics. In Supernova, players are involved in in-game professions, including trading, politics, war, piracy, and exploration!

In the Supernova ecosystem, players can choose any profession they want to become fitting into the need of the platform. It is first an Open World in which a character, represented as an NFT avatar, can explore space, capture hostile ships, and get to several environments in space all done in real-time.

Supernova also offers Character Independence where Characters can carry out automated fights, work, starship flying, and give general orders. With this, more focus is given to more vital management concerns within the game.

With an Open Economy system, players can buy and sell in-game tokens for fiat currency, and also exchange them back. Apart from this, players can trade between themselves, collaborate, and carry out other economic-based activities that provide liquidity for the ecosystem.

The UGC Oriented system is attractive to creators as “players can craft their unique ship designs, equipment, space and planetary stations, narrative adventures,” says the website, “and other content like importing their NFTs while being rewarded for that.”

So Supernova also gives multiple device access with PCs, Desktop, and Mobile. This breaks the barrier for users to engage the platform with whatever device they have at any time. Here, anyone can build battleships, own real estate, construct houses, and hotels, fight monsters, and other players as well as collect in-game assets while being rewarded.

Blueprint is the name of the NFTs used in the Supernova platform. It’s of ERC-1155 standard and can only have ten copies.

Life Coin is one of the native tokens used in the Supernova ecosystem, with the symbol $LFC. It has a total supply of 100,000,000, and 10% of it will be burned. There is also Unified Tokens (UNIT), with unlimited supply, and cannot be burned.

$LFC exists in two states: Internal LFC and External LFC. Internal LFC allows users to use it for games while the External LFC state makes LFC usable on DEXes. There is a bridge that converts LFC from one state to another.

Challenges and Roadmap of Supernova

The PlayToEarn industry has gained ground with a lot of projects coming up and there’s competition for any new project being introduced. For Supernova, projects like Starl Metaverse, Robotoken, and Big Time are projects to beat in the space exploration niche.

Team and Partners of Supernova
Conclusion

Other team members are Max Petruk, Dmitry Timofeev, and Mike Zelenin serving as Lead Producer, Lead Unity Dev, and Lead Blockchain Dev respectively. The company is based in Limassol, Cyprus.

Supernova is a sci-fi sandbox survival MMORPG by the Sunday Games team created to give access to the P2E economy. It combines fun, creativity, social connection, and earning opportunities for all users.