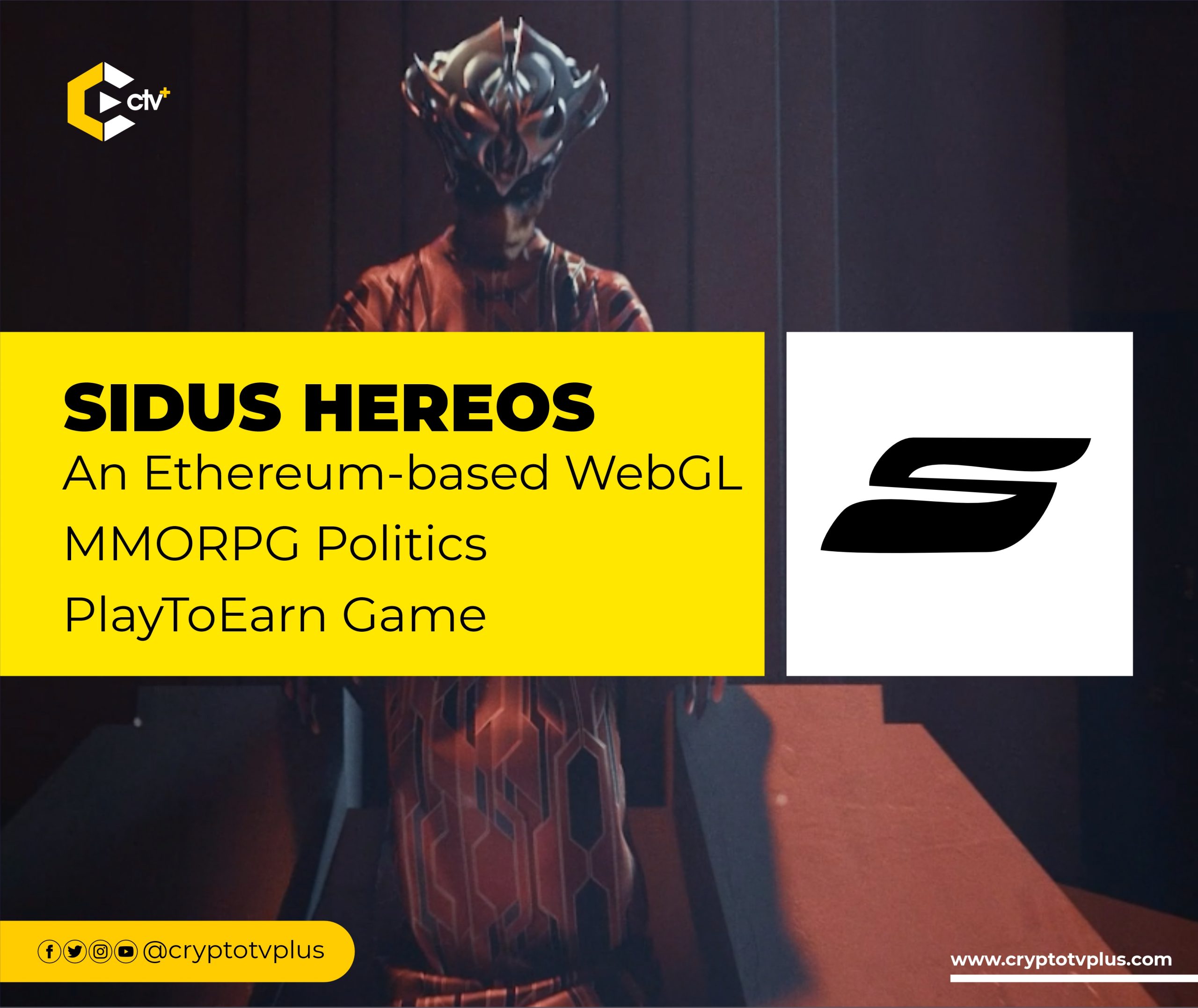 By 2021, blockchain games were a major part of the blockchain and crypto industry. People enjoyed playing these games as they drove adoption by integrating entertainment into the process. Stats show that there were 1.2 million daily Unique Active Wallets connected to DApps, 55% of activities in the crypto space was focused on gaming, and growth in blockchain gaming grew by 503% from 2021 to 2020.

However, most crypto games had very content quality challenges, high entry-level, scalability issues, and device restrictions. that made it difficult for users to join the gaming revolution. The team behind Sidus Hero started the project to address these difficulties in the blockchain gaming sector.

What is Sidus Heroes?

Sidus Heroes is a P2E MMORPG blockchain online game where players own NFTs as characters and other items with access to economic benefits by going on adventures, creating their own character, fighting to win, building, and participating in politics to defend personal interest.

It is described as the first-ever WebGL, AAA P2E NFT, and MMORPG game that integrates traditional and blockchain gaming. In the game, there are various exciting scenarios from interstellar exploration, battles, and settlements, to political, social, and economic development. Over time, it will become a metaverse.

How Does Sidus Heroes Work?

To start playing the Sidus Heroes game, players must have at least one NFT. These NFTs come as Sidus Academy NFTs with three different levels of rarity, and Sidus Genesis NFTs released by staking NFT Heroes from the original collection.

One unique feature about NFTs transferred to the Sidus ecosystem is that 2D NFTs become 3D NFTs once they enter the platform.

The Battle Arena is the space where users fight against each other, form fighting legions, and compete in tournaments. Heroes can be engaged in PvE or PvP game modes, one on one, or in teams of three players and three pets.

Apart from fighting, players can become Farmers and Grinders who specialize in mining and collecting resources that can be traded in the Marketplace. To improve Heroes so that they can yield better results during battles, players can merge NFTs, get items from raw materials, gather resources, or catch monsters from the local farm.

Sidus Heroes is developed on a dial token economic system: $SIDUS is the gaming token while $SENATE is the governance token.

With the $SIDUS token, players can buy in-game items, participate in several game modes, and receive rewards. Holders of the $SENATE token will be able to make decisions concerning the development of the Sidus ecosystem, and purchase accelerators and consumables that improve the game.

Players are rewarded with these tokens when they win tournaments and fights, take part in other activities like building, development etc. At certain times, players are given Tesseracts, and loot boxes for their triumphs. Check for further details of the $SIDUS token here and $Senate here.

P2E games always come with plans and projections on what they will do. However, sometimes teams are not able to meet up with their plans. This can make brands lose trust in their audience. And then competition is another challenge that projects such as Sidus Heroes face in the blockchain gaming industry.

On the road map, the game started in Q3 2021 with the team setup, thereafter, the development of the structure of the game, and launching of the website. Phase 1 kicked off in Q4 2021 with a game demo, releasing the DAO token, and the launch of Sidus marketplace.

The second phase will start in Q3 2022 with the launch of NFT farming capabilities and private modules at the Sidus central station with a focus on making the game a metaverse platform. Expanding the ecosystem of the game will be the major task for the third phase.

Team and Partners Behind Sidus Heroes

Dan Khomenko is the CEO and Co-Founder of Sidus Heroes game. He’s a graduate of the University of Melbourne with great expertise in Financial Technology (FinTech), banking, property development, blockchain, and crypto. Dan has worked with more than 200 crypto-based projects.

The founder of Playdisplay, a mobile game, Andrey Sudarikov is another Co-Founder and the Creative Director of Sidus Heroes. His experience spans 15 years with collaborators like BMW, Coca-Cola, Singapore Changi Airport, and the governments of Moscow and Kazakhstan. See other team members here.

Playdisplay, Space Swap, NFT Stars, and NFT 256 are some of the partners of Sidus Heroes.

Sidus Heroes is a distinguished project that goes beyond just gaming. The activities on the platform are educational, teaching skills like strategic planning, political education, financial literacy, and entrepreneurial skills. To access the game, one can use both mobile and PC platforms.

0xadventure; an NFT platform Connecting Gamers, Investors, and Creators in the Metaverse

Stream and Earn with MeiTalk on the StreamCoin Blockchain