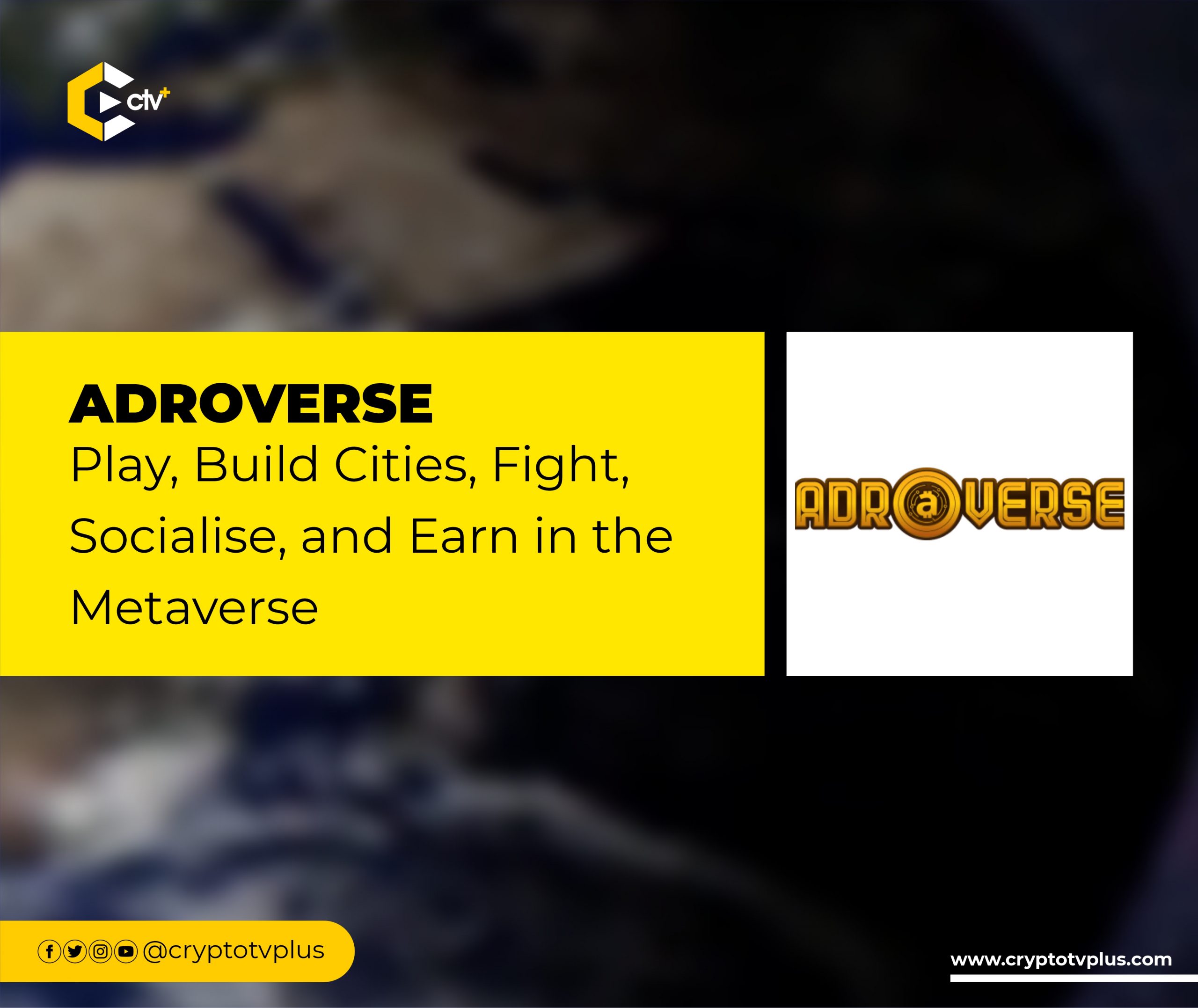 The gaming ecosystem started experiencing disruption in 2017 when blockchain technology was introduced with the launch of CryptoKitties. That opened a lot of opportunities and other games like Axie Infinity, HashCraft, and Botwars came into the scene. For Axie Infinity, the revolution was so good that the Philippines took advantage of the platform to make money in the play-to-earn game.

As these games mentioned above gained ground amongst gamers, there was a need to create more 3D games, especially in the MMORPG category. These were meant to improve for gamers the traditional MMORPGs so that the P2E and other DeFi featured models can be enjoyed by gamers in the multibillion-dollar industry. And Adroverse is one of such MMORPGs created to give gamers a more immersive experience and an opportunity to earn while they play.

Adroverse is first an MMORPG created to bring in DeFi and GameFi experiences for gamers to enjoy Web3 opportunities of earning while playing. It is designed to be a multi-chain decentralized metaverse that brings socializing, playing, and earning together.

Adroverse, like other MMORPGs, has a unique storyline that is used as the design template for the gameplay where NFTs form the foundation of the game avatars. These NFTs are not just for play but bring economic advantages for the gamers.

Adroverse can be seen as Games + DeFi + Social Network. In Adroverse, there are three kinds of games: Free 2 Play, Play 2 Earn, and Free 2 Earn.

These models break the barrier of anyone coming into the ecosystem to play. So that whether intending players have the money to buy in-game utilities as NFTs or not, they can still play. Characters in Adroverse come as Collectible Cards.

Players can choose the PvP mode or PvE mode with gaming tasks and rewards spread in these three Eras:

At this stage, players play or fight to survive. Survival is the goal and rewards are tied to the ability of players to build an army, fight several battles, and complete tasks given. Players should gather enough utilities for the next stage otherwise there will not be enough resources to carry out the duties of the next.

After gathering NFTs and other in-game assets from the survival era, players are to start a rebuilding process. Unlike in the previous era, where players build their dream city where their armies stay and make sure it is protected from invaders. The Ear of Regeneration gives access to tournaments and events that players can be part of so that they can win.

After winning in the first stage, taking utilities, and building great cities in the second stage, the Era of Development and Conquest comes to expand territory. Here players can form alliances with other players as they explore space, right other civilizations, conquer, and take spoils back home. This is where socialization comes in with VR/AR real-time simulation games.

Players in the Adroverse can earn through any of these processes: Short Term Farming, Staking & Contributing, Creating Content, and Trading & Investing. All of these are done in the Adroverse metaverse. For those who can build an army, they can rent theirs, as well as other in-game utilities, in the DeFi market while earning in the process.

$ADR is the primary token of the Adroverse ecosystem. It serves as both the governance and utility token so that players can use it to buy in-game utilities as well as stake it to participate in decision-making for the platform.

Challenges and Road Map of Adroverse

Titan Hunters, Cosmic Universe, Realms of Ethernity, DragonSB, and Outer Ring MMO are examples of top games in the same niche as Adroverse. This will be the first challenge of the Adroverse game. If the team can keep up with the road map then, this might not be something to worry about.

The highlights of the road map for 2021 are ideation, development of the ecosystem, drafting of the Whitepaper, initial UI/UX Prototype, TGE, token sales, gameplay demo, and ABA NFT Generation.

Team and Partners Behind Adroverse

Daniel Duong is the CEO & CMO of Adroverse with 4 years of experience as an investor in blockchain projects and 6 years as a top marketer and community manager. Markus Phan serves as the CTO and Architect of the game. He is also the VP of Strategy at Tinh Van Co., Co-founder of sGame, and CEO & Founder of Vega Game studio.

Thanh Teddy is the COO of Adroverse. He has built 15+ years of experience in MMO online games operation & market development with projects like “Tay Du Ky”, “Tam Quoc Truyen Ky”, and “Chan Long Giang The”. Check here to see the rest of the team.

Adroverse is one of the GameFi projects that’s driving blockchain adoption using games. On Adroverse, anyone can play, socialize and make money with a PC as well as mobile devices.

Clementine’s Nightmare; the Most Immersive AAA Game Built on Ethereum