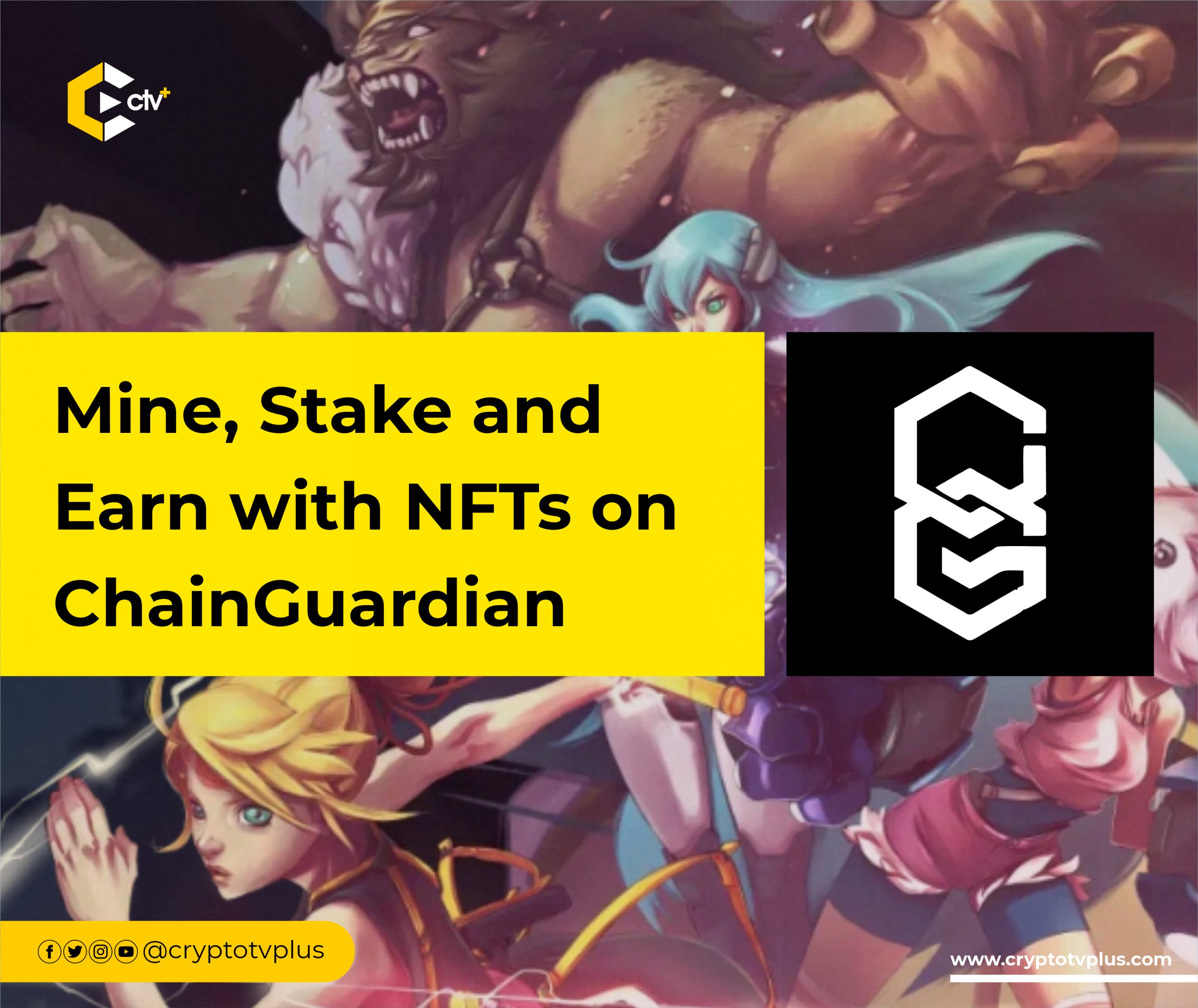 Mine, Stake and Earn with NFTs on ChainGuardian

Although there has been a surge in the release of blockchain games to replace traditional games, there are still some challenges gamers face with blockchain games as of 2021 and earlier. While most of the games didn’t go beyond their pre-sales, those that did were all based on pay-to-win models. And this makes gamers pay more just to play games creating a hindrance for newbies.

Another challenge is that Genesis items issued for NFT Games are always more valuable than subsequent items making the later NFTs weak and of less value. This also affects new people coming into these games. ChainGuardian was designed to deal with these issues and enhance the mass adoption of blockchain.

ChainGuardians is a player-driven P2E platform built to integrate traditional gaming concepts with blockchain technologies. Within the ecosystem, players can engage in free-to-play as well as play-to-earn.

The project is designed to be an NFT mining platform and Role-Playing Game that will reward users for the time spent in the ecosystem. So players can collect, battle, develop their armies and hone their skills to engage in various gameplays.

How Does ChainGuardian Platform Work

First, Guardians are the NFTs used in the gaming platform and can be used in two ways to play and earn: NFT Mining and Role Play Gaming. ChainGuardian is the first platform to make it possible for users to stake their NFTs and earn in the process. In this process, the staking of the NFTs yields tokens that can be used for governance activities in the ChianGuardian platform.

The Role Play aspect of the game is in its Beta phase. In it, players can engage in PvP mode, as well as PvE mode. With these modes, players will be able to Play, Collect, and Earn on the platform. NFTs that will be used can be improved with items bought in the Marketplace.

Because the project is community-focused, there is Gamified Boostpad and Incubator that provide good support for upcoming NFT and DeFi protocol projects. The aim is to connect good projects with proven supporters. ChainGuardian is building a large crypto community and so that presence becomes a great asset for projects that are launched.

ChainGuardians Governance (CGG) tokens are the primary tokens of ChainGuardian built with the ERC-20 token standard. Apart from being used as a governance token, stakers of CGG earn from contributing their assets to the liquidity pool provided in the platform.

It can also be used for making payments (NFTs and collectible merchandise) between users on the platform. CGG was allocated in this format: 45% Community, 11% Ecosystem, 23% Team and Advisors, 19% Early Supporters, and 2% Public Sale.

Challenges and Road Map of ChainGuardian

While ChainGuardian was being developed, other projects with similar aims were also being worked on. Some of the most competitive platforms include Axie Infinity, Gods Unchained, Thetan Arena, Splinterlands, and Pegaxy.

One of the major upgrades that will be coming into the ChianGuardian platform is the 3D functionalities for PvP. This will give the game a more interesting and rewarding feature that will be enjoyed by gamers.

Team and Partners Behind ChainGuardian

The team behind this project cut across professionals from different industries, especially the gaming and blockchain industry.

Emma Liu is the Co-founder and CEO of ChainGuardian. She has built a career as an entrepreneur for over 20 years. Emma joined the blockchain space as an early adopter.

Robbie Cochrane is another Co-founder but COO of the project. The entrepreneur and educator have a master’s degree in Scriptwriting with a good background in Journalism, Communication, and Content. He has been gaming for more than 30 years.

The NFT Professor, Idon Liu, is another Co-founder of the ChainGuardian project. He’s worked for more than two decades with Fortune 500 organizations and has good experience as an entrepreneur in the blockchain industry. All other team members can be seen here.

The play-to-earn era for games is here. Thanks to the introduction of blockchain into the gaming world. ChainGuardian as a project wants to correct the early stage deficiencies of crypto games so that the gaming community can have easy access to games, play, mine, stake and earn.

Related Topics:ChainGuardiansGuardiansNFT Mining
Up Next

Manage Your Billings, Connect With Customers and Grow Your Business with Aurora