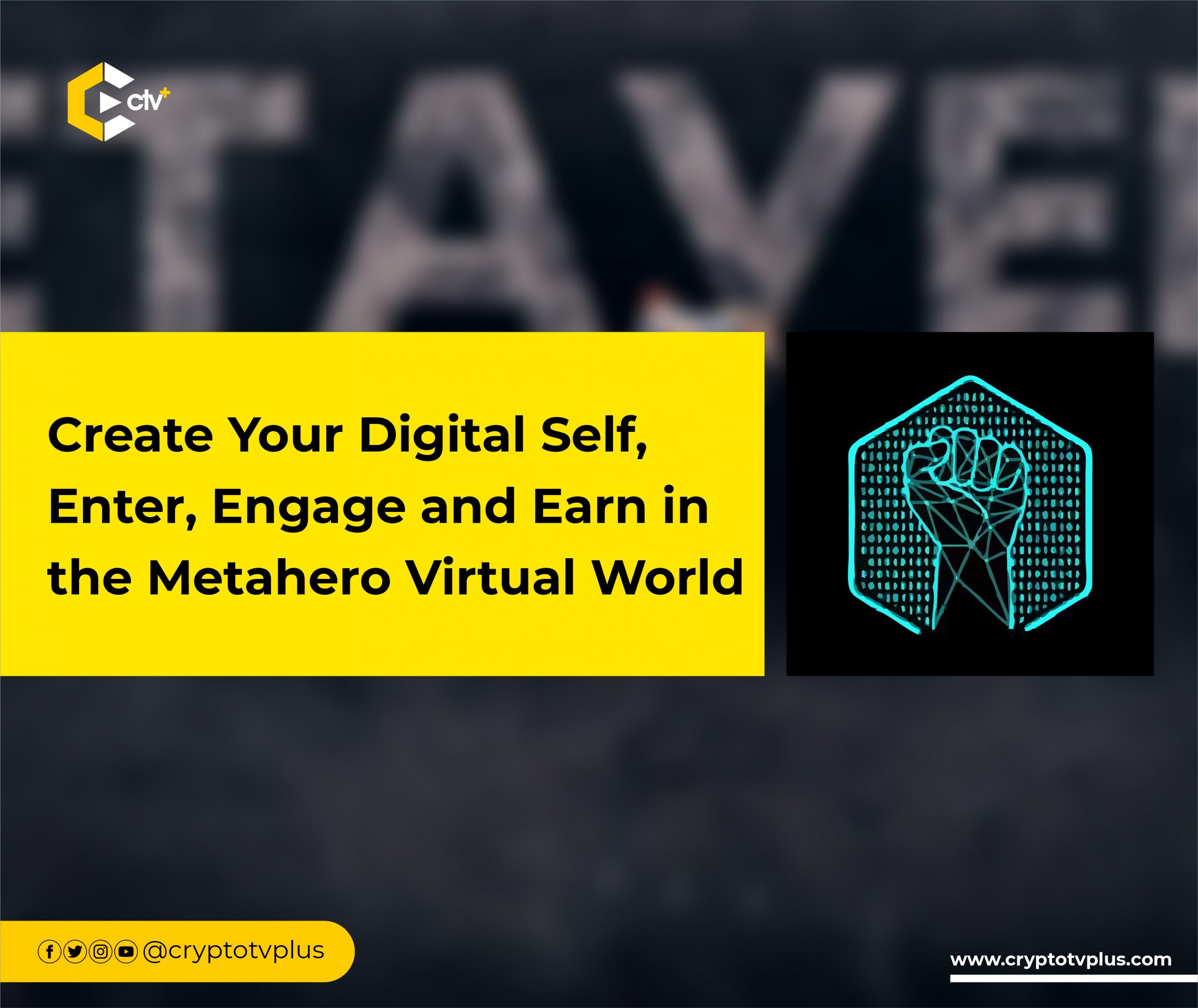 Create Your Digital Self, Enter, Engage and Earn in the Metahero Virtual World

The world of virtual reality has been a subject of focus in the tech space. Several projects have been developed to advance the concept from The Sword of Damocles, in 1968 by Ivan Sutherland and his student Bob Sproull to Palmer’s Oculus in 2009.

Between these two are other projects in the form of games or social platforms for connectivity between people. In the early 90s, we saw the mass production of VR devices by Virtuality, giving access to specialized VR arcades. Then, fast forward to the 2000s, we’re seeing the integration of blockchain, VR, and economics in several fields of endeavors.

The Need for VR

Before now, most services rendered by professionals always had the need to have physical contact with those they’re serving. This means moving from place to place to get products or attend training depending on the nature of the services involved. However, as we have progressed, the physical barrier is being broken.

One of the things that have caused this change is speed so that a journey that could last for days can be reduced to hours with air travel. Then, Virtual Reality, Extended Reality, or Augmented Reality brings in a new experience where people can communicate as though they are in the same location.

This idea now makes it possible for people to attend events from the comfort of their homes. All they need to do is have equipment like Oculus. But beyond that, there now exists a model called 3D scanning that brings the human element into that space as though the person exists in the space. So that avatars are created and simulated blurring the divide between the physical and virtual world.

The metaverse is simply a combination of multiple technologies including virtual reality, augmented reality where any activities similar to those carried out in the real world are done. Metahero is a project that is geared towards developing avatars that will be used in the metaverse. Although a lot of metaverses are already being created, systems are being put in place to connect these platforms.

As these developments continue, Metahero will be used to combine the features of blockchain, and attributes of the virtual world to bring humans into the metaverse. It will form a gateway into the metaverse for everyone.

How Does Metahero Work

First, the technology behind Metahero uses an ultra-HD photogrammetric scanning system that can capture the form of an object. This will then be translated into the space the object is meant to be used.

So this is the process:

There must be an object of focus that is selected. This can range from a live dog to a chair or a human. Selecting the object will be based on the need of that in the metaverse. If you need a car, that can be scanned or a house as well.

After the selection process, it is scanned with the system to produce an avatar that is almost as real as the original image. This avatar lives in the metaverse and can be controlled by wearables that users will have access to. And from here, the potential is limitless.

While the avatar lives in the metaverse, $HERO tokens will be used as the currency of that world just like several countries have several currencies used in their nations. However, as interconnectivity occurs, other tokens will become integrated as means of exchange.

Applications of the Metahero

Gaming will always represent the first point where technologies like this will be used because it’s more of simulation than reality. Several GameFi platforms almost function like this. For example, Solice, MetagamZ, MetaWear, and Galaxy Arena are platforms where Metaheroes can be deployed.

In the fashion industry, the trend is coming on real fast. Apart from the fact that global fashion brands like Gucci and Adidas are already in the metaverse, the integration of VR will change the industry entirely. With Metaheroes, anyone can be anywhere, get a good measurement for a dress by scanning himself or herself, and receive the clothes in its virtual format. Then, once testing is done and it fits, the real dress can be produced and delivered physically.

In the field of medicine, Metahero and the metaverse technology will reduce the need to use more real human parts for practicals and also substitute for them in places where they cannot be accessed. Also, this technology will fast-track the time and process it takes to carry out a diagnosis. Medical practice will become more accessible for people around the world with this technology.

Metahero can also be transformed into NFTs which are an application of most blockchain platforms. NFTs are almost becoming the most important utilities after currency tokens of GameFi projects. So, with Metahero, users can participate in a game by creating their avatar, through the 3D scanning process. After this, the avatar can be minted and then be used to participate in P2E platforms.

The application is limitless as there will be more and more use cases of the Metahero.

Challenges and Road Map of Metahero

The major challenge with the use of Metahero is the link with mental illness when we use virtual reality platforms over time. There are worries already about the impact of tech on human health and how to manage the application of VR-related products in everyday activity.

There will always be competition. It’s a budding industry, especially with the integration of blockchain into the architecture of metaverse. Metahero will fight to pull through in the world crypto is facilitating.

The introduction of V2 legal infrastructure, portable V2 metascanner, Swiss private server infrastructure, WDW marketplace, and Wolf 3D printing services are some of the upcoming plans on the Metahero platform.

In the Metahero ecosystem, $HERO will be the primary token that runs most of the activities on the platform. And this covers scanning, licensing, NFT sales, and other internal services.

Metahero also plans to use a B2B and B2C model that will allow businesses and agents to host scanning spots where users can get scanned and pay for it. Part of the money is given to Metahero for providing the service. It is called Pay-to-scan.

For token distribution, 10% will be allocated each to strategic partners, marketing, exchange listings, company reserves, public pre-sale, and private pre-sale while liquidity pool, and team & advisors will get 20 each.

Team and Partners Behind Metahero

Robert Gryn serves as the founder and CEO of Metahero with a rich background in entrepreneurship and managing startups. His work as the lead of Codewise and other businesses has earned him great recognition, especially that of Forbes and Financial Times 1000. After seeking off Codewise, Rob turned his attention to crypto.

Piotr Harwas has founded organizations like Kids and Play, and Media Explorer before joining the Metahero team as Chief Engineering Officer. He also functions as the CTO of Wolf Studio. Piotr is the brain behind the design of Metahero’s revolutionary 3D scanner.

Details of other team members can be found here including Metahero’s prime partner, Wolf Studio.

Metahero has a team made of experienced professionals that understand the virtual world. The combination of that with Wolf Digital World of Wolf Studio is a good match. And the project seems promising especially as it will be relevant in worlds outside the gaming industry.

WilderWorld: the VR Platform that Brings 3D NFTs to the Gaming World