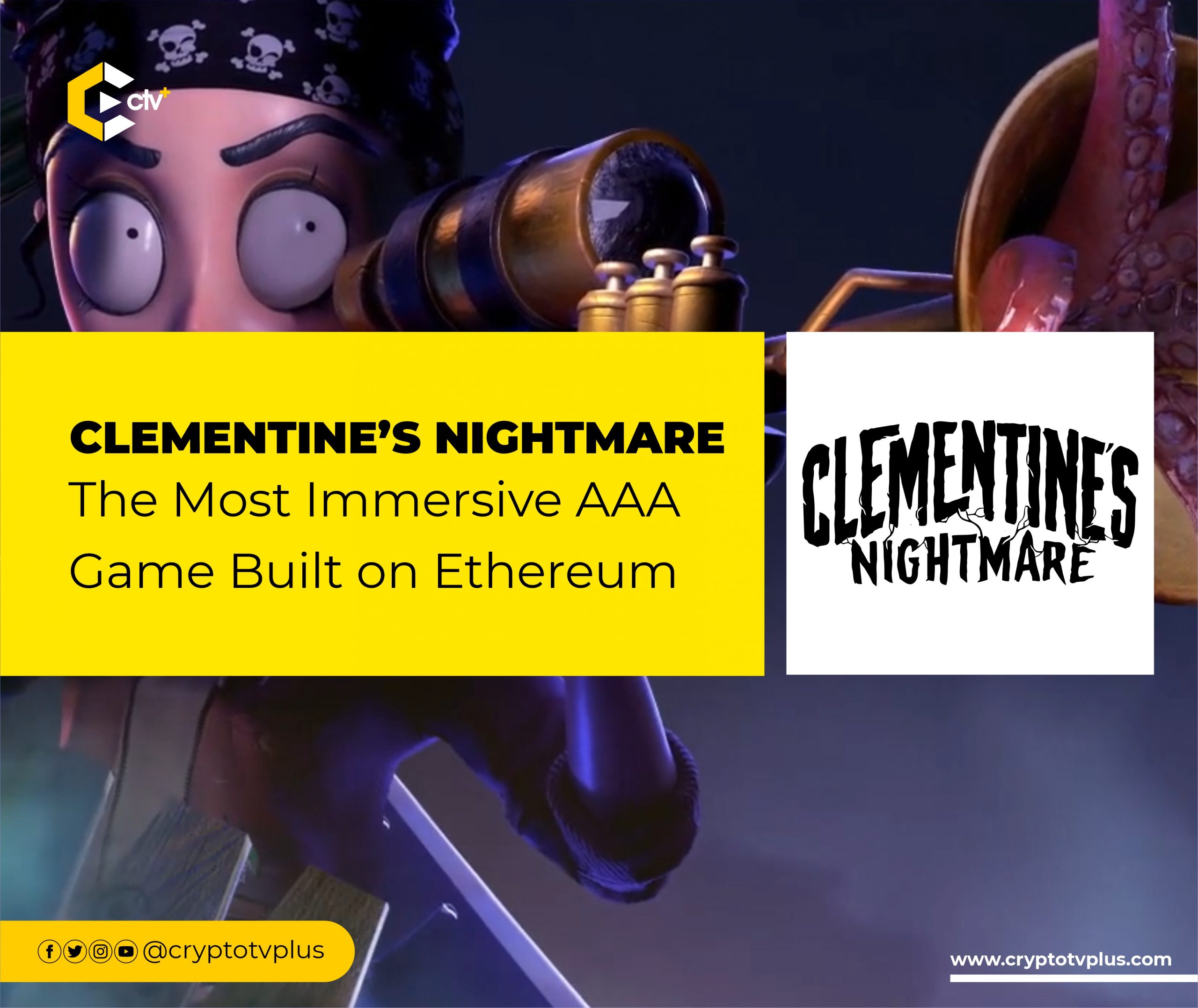 Clementine’s Nightmare; the Most Immersive AAA Game Built on Ethereum

Traditional gaming has shown us the likes of Super Mario, God of War, Contra, and Temple Run. These games were developed to give gamers a great experience as the gaming world evolves.

But something new started in 2009 when Bitcoin came into the scene and then by 2017 the first crypto game that used NFTs was launched. CryptoKitties opened a new gaming ecosystem for the gaming industry.

After CryptoKitties, other games have been launched as follow-up projects to bridge the gap between NFTs and traditional gaming. Clementine’s Nightmare is one such project that was launched to allow gamers more access to Web3 utilities in the form of NFTs and gameplays.

What is Clementine’s Nightmare?

Clementine’s Nightmare is a gaming universe designed for players to earn in an AAA metaverse. It flows with a storyline where each inhabitant of a particular planet needs to fight beastly creatures for them to survive.

It will involve the use of game NFTs as in-game objects where players can collect these assets, explore the world in Clementine’s space, and play and master the cosmos.

How Does Clementine’s Nightmare Work?

Clementine in the storyline of the game had a dream where she saw beasts destroying the normal existence and bringing the negatives of the dark world. So she has to conquer the darkness and bring balance to the world. This battle is what every player is headed for.

The game is a hero brawler-style game, with a 3v3 multiplayer mode focused on a single player. It is split between card and Hero brawler mechanics. Both the cards and the heroes are NFTs and the heroes can be enhanced to face the battle for a better world. For each player, beasts, as well as Nightmares, are the major worries against the world. However, some characters protect the world.

Every utility in the game will be represented as an NFT. This is what will drive the economy of the ecosystem. The ecosystem will be a flow of collecting NFTs. In this space, no two NFTs are the same and so each has unique features and value. These NFTs are what will give gamers access to the ecosystem.

The next step is exploring Clementine’s space. Players are required to move into the ecosystem and explore the lands and environment to bring about a deeper understanding of the characters and the ever-expanding universe.

Then, there is the playing aspect. This is where players go and conquer the nightmares they experience about the entire ecosystem. Players can also join a team to defeat their enemies. In the process of playing, and practicing, players can become masters on the planet. At this point, they begin to gain ranks in the game.

Ink is the in-game currency that is created through select gameplay modes. Then, $INK tokens, on-chain tokens, are released when in-game Ink is converted to support Web3 enabled blockchains. This conversion is irreversible.

Ink is used for in-game purchases of heroes and cosmetics, card packs, and hero and cosmetic NFTs from the outside market. $INK can be used to purchase packs, unlock items, and even allows you to create an NFT with your in-game hero.

For players to earn, any of these three processes can be used: by leveling up and customizing heroes, then converting them into NFTs, and selling them; by exporting high-level items considered rare or legendary as NFTs; and by converting Ink into $INK tokens which can be used to buy packs, unlock items, and even to create NFTs.

There are two different types of NFTs in Clementine’s Nightmare ecosystem: pre-launch NFTs and in-game NFTs. While Pre-launch NFTs are given to early adopters and used as a reward for holders before launching the game, in-game NFTs act as 2nd and 3rd form of Play & Earn. They are hero NFTs and collectible NFTs which can be traded by players.

On the competitive edge, Clementine’s Nightmare does not have many crypto AAA games to be compared with except Illuvium, Shrapnel, and a few others. The challenge for games like this is to keep pace with the needs of the niche they are focused on. Constant innovation will be required. Here’s the Road Map.

For the team behind the game, there are some personalities. However, Big Red Button Entertainment is a brand mentioned on the website as the main developer of the game.

Clementine’s Nightmare NFT is a free play-to-earn game that anyone can play with or without an NFT. As a mobile game, the art is exceptional, and there is a lot of development going on to make the game better. Remember, to do your research before investing in any project.