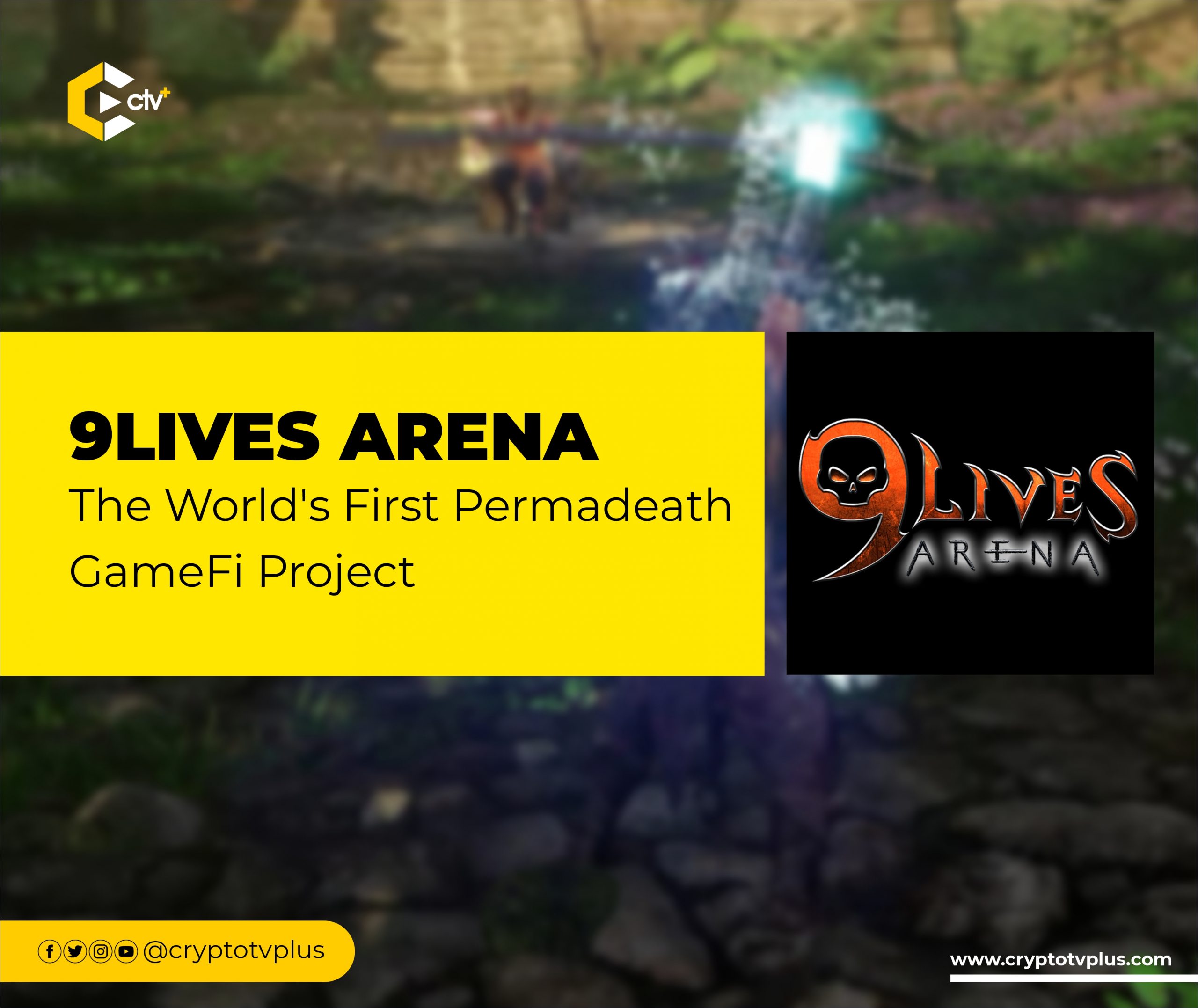 Many PvP games have been released and played by gamers around the world. Some of the best are Team Fortress 2, Mordhau, Counter-Strike, and Hearthstone. But most of these games were just restricted to entertainment and social connections. Players had to spend money to play and consistently be updated on these games.

However, the mix of DeFi and gaming has initiated a new system where gamers can play games as well as have good economics from each game they play. The legendary storyline of the games remains, the 3D experience and all features that made them AAA are kept intact. 9Lives Arena is an example of a gaming platform that is bringing traditional gaming systems with current GameFi benefits.

What is 9Lives Arena?

9Lives Arena is a play to earn competitive RPG where players engage in PvP gameplay mode. It is designed after the storyline of an ancient city, Atlantis.

In 9Lives Arena, skills and game patterns from Viking, Barbarian, Samurai, Gladiator, and Ancient Atlantean are incorporated as part of the options players can choose from to develop their characters. Each character is trained for a time when it will enter the chambers of the 9Lives Arena to either defeat an opponent or be killed.

How Does 9Lives Arena Work?

Players who want to participate in the game are allowed to Create a Character depending on their choice of design. This process is done within minutes or hours and a Hero is ready for the gameplay.

For this process, there are five different character slots provided for each player to use to create a Hero. The hero is also given weapons, and skills/spells which can be upgraded with talent points gotten from battles.

Characters can also be TRAINED & PREPARED. After creating a character, they need to be trained to better participate in more battles. Talent Points and loot obtained from fights are used to update the skills, spells, and abilities of characters. This is a persistent activity done to keep characters stronger to compete with opponents.

During the EQUIP phase, players are required to gather resources to craft items needed for in-game activities and battles. Resources gathered and items crafted have several attachments that determine the value of each.

After all the processes listed above, players are required to COMPETE. This happens when the Hero of a player reaches level 30. At this point, the Hero enters the Inferno arena with 9 lives and fights there. If the Hero of a player dies up to 9 times, the player is left with the spirit of that Hero. That spirit can fight and gain 9 lives which automatically allows the player to resurrect.

However, this resurrected spirit cannot be like the initial character. On the other hand, if the spirit loses the first fight it engages in, it will experience permadeath.

Players can also Become Legends in the metaverse. This occurs when a player owns their opponents in epic 1v1 fights.

9Lives Arena brings in the Ooogy feature that can gather resources and craft items for players when they are online and offline. With instructions laid out well and food feeding, Ooogies will do a good job for any player, 24/7. Part of the future of the platform is to have a mobile app that can keep the connection between players and Ooogies.

9Lives Arena game does not need blockchain for its functionality. The initial game released can be played with all the characters built for it before the introduction of blockchain into the gaming industry. So, players who own assets in the game before now can decide to sell those assets because of the introduction of GameFi features.

9LA utilizes the Enjin ecosystem. This is where the tokens used on the 9LA platform are created. Players can use the Enjin Coin to buy blueprints, ERC1155 tokens, to decorate and empower their characters for battles and other in-game activities.

The characters or heroes will also come in the form of ERC-1155 tokens stored in a blockchain, in this case, the Enjin ecosystem is connected with a wallet as well to facilitate trades. These ERC-1155 characters can be sold, bought, and traded in NFT marketplaces.

Apart from the Enjin ecosystem, Touchhour is also involved in the marketplace trading process. Touchhour manages the process of transacting to buy or sell items in the marketplace and so a portion of the fees paid for each item will be sent to Touchhour. See how to get Ooogies here.

9Lives Arena faces the challenge of offering consistent innovative features as planned out for the ecosystem making it hard for competitors to rule the market. The GameFi industry is always full of disruptive products being released. And to stay at the top of a niche, brands need to keep offering useful benefits to the market.

In 2021 these were the milestones reached: completion of Alpha version 0.6d with Over 2 million Fish caught, 100K arena duels fought, and 15,000 Ooogies found a new home, and completion of the CENGN tests to permit 100K users simultaneously.

The next moves are Token Integration, the release of “My Ooogy App”, 9LA Avatars, 9LA Bull Token, and the introduction of Farming.

Team and Partners Behind 9Lives Arena

Ralph Laemmche is a Co-founder and CEO of Touchhour. He’s been in the gaming industry for more than 30 years making him a veteran and has been involved in top games like Mission Impossible and Star Wars. Ralph also functions as the Lead Game Designer, Producer, Lead Tester, Community Manager, and Sales Executive of 9Lives Arena.

Cindy Gomez is the Co-founder and President of Touchhour Inc., the studio behind the 9LA game. She also serves as CFO, Project Manager, Head of Marketing & PR, HR Cindy loves music and gaming and has been part of the musicals for top games like Prince of Persia, and Street Dancing. See the other team members here.

9Lives Arena is a game that shows the importance and leverage that blockchain can give to any gaming platform. Although anyone can play the game with or without blockchain technology, the introduction of crypto brings more benefits for gamers as well as the platform.

“An Evening with Lars” – Discussions on Finance, Web3 and The Digital Economy