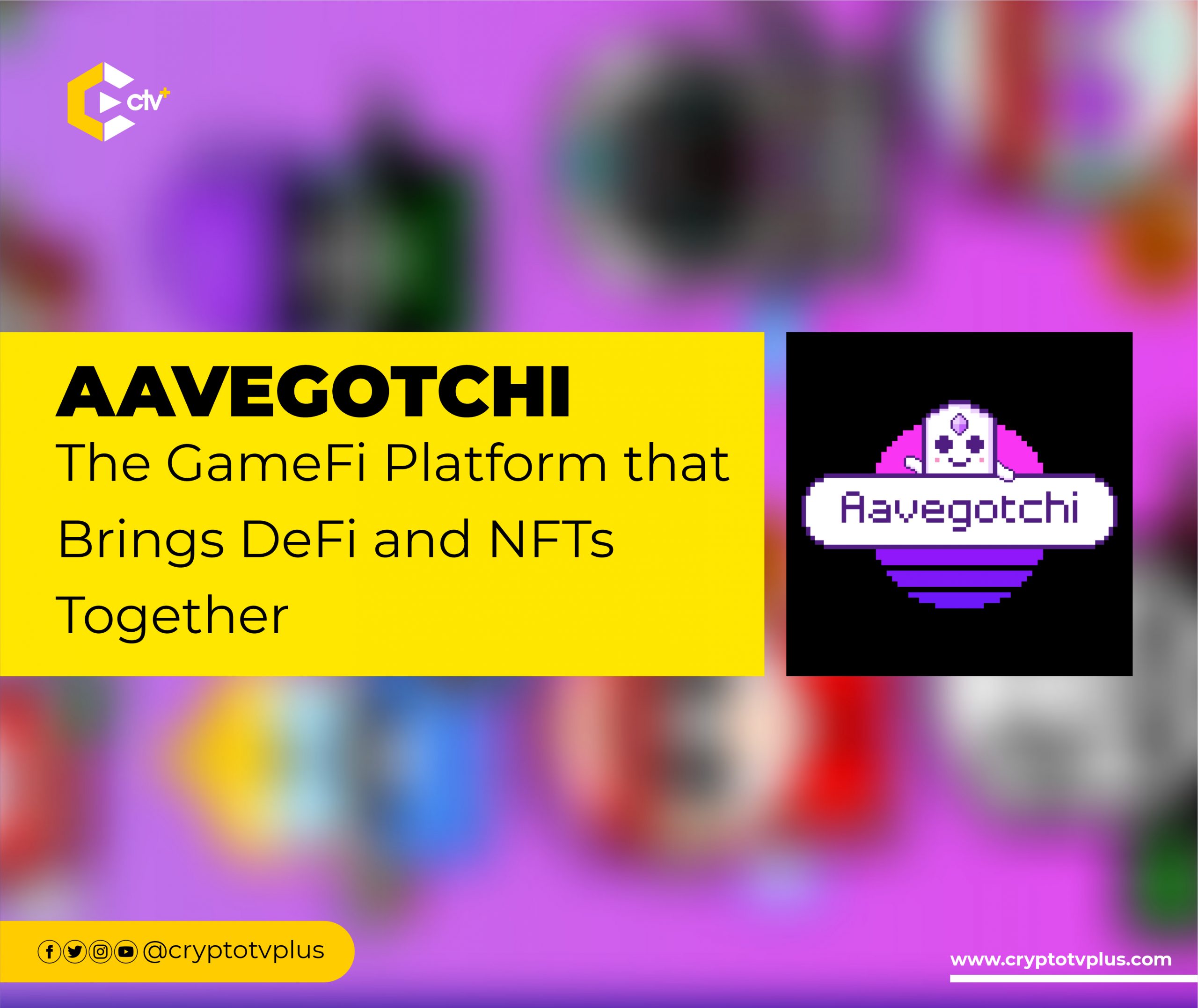 Aavegotchi; the GameFi Platform that Brings DeFi and NFTs Together

In the early part of 2020, the NFT industry as well as that of DeFi experienced a huge boost. For the NFT market, the total sales volume went beyond $100M while Decentralized Finance (DeFi) had a Total Volume Locked (TVL) of more than $6 billion as of August 19, 2020.

However, there was no major project that was initiated to leverage the combined potential of the two blockchain elements. Aavegotchi platform came in as a result of this gap to bring DeFi and NFTs together.

Aavegotchi is an open-source, decentralized community-owned NFT gaming protocol, that allows users to own digital blockchain assets in the form of NFTs.

On the platform are “Aavegotchis”, a yield-generating NFT that can be used as a digital pet. The entire ecosystem is built on the ethereum blockchain.

First, the Gotchiverse is made up of Aavegotchis which are the native NFTs of the platform. They are one of the first NFTs built with the ERC-20 standard. Each Aavegotchis bears three attributes that control their value and rarity in the Gotchiverse: spirit force, traits, and wearables. These NFTs are used to interact and play games in the ecosystem.

There is also a Decentralized Marketplace where players can buy in-game utilities as well as trade these assets online. Aavegotchi supports gaming fully and the Marketplace is where Aavegotchis are purchased and sold.

For those who want to exchange tokens within the blockchain space, there is a provision for a Community-owned DEX that supports these operations. Apart from buying and selling NFTs users can also perform lend-and-earn functions using the Trustless NFT Lending tool found in the Aavegotchi.

Aavegotchis runs a DAO-based Governance where no one person or organization controls the development process of the project. This is a true attribute of a decentralized project.

Other features in the Gotchiverse are Bid-to-earn Auctions for gamers to obtain NFTs to engage in in-game activities, Community Games that are available for anyone especially as it relates to play and earn, and NFT Raffles. For any user, Aavegotchi gives so many options to enjoy DeFi and NFT-based utilities at the same time.

Tokenomics of the Aavegotchi Ecosystem

Tokens are taken to the lifeline of any crypto project, especially those that are decentralized and for the public. For Aavegotchi, GHST tokens are the primary token of the platform.

The GHST token doesn’t have a maximum supply figure while the current total supply is 61,620,393. GHST serves as the governance token of the ecosystem allowing holders to decide on the future of the project.

Challenges and Road Map of Aavegotchi

Since the release of Aavegotchi, there has been a huge launch of similar platforms and the market has a lot of potential competitors. Some of these competitors have more exciting and immersive tools for gamers to enjoy their play. Axie, League of Kingdoms, and DeFi Kingdom are just a list of projects in that market with food metrics.

The incubation period of Aavegotchi started from Q2 2021 to Q4 2021 intending to make Aavegotchi a regular game for the crypto community. Some of the achievements included providing Polygon to Ethereum NFT bridges, Aavegotchi Onchain Sideviews, GHST Token listed on Aave, and Social media integrations…

Breakout is the next phase after incubation and was created to span from Q1 2022 to Q4 2023. The goal here is to make the platform a community-based project and popular amongst users. Aavegotchi Builder SDK, REALM Public Land Sales, REALM third-party Dapp Integration, GotchiGang Referral Program, and Aavegotchi Mobile App alpha launch are some of the expected features for this phase.

Then the final state so far is the Ubiquitous phase. It will go from Q1 2024 and beyond. Here, Aavegotchi should have been a mainstream project.

Team and Partners Behind Aavegotchi

Aavegotchi is geared towards bringing many innovative ideas into the blockchain gaming sphere. From DeFi token collateral stakes, dynamic rarity, rarity farming, DAO-governed game mechanics,  to an open metaverse with smart contract interoperability and a community-based voting system. Aavegotchi brings playable NFTs to the world as Tamagotchi did with digital pets.

Manage Your Billings, Connect With Customers and Grow Your Business with Aurora

Ritestream: A Decentralized Film and TV NFTs Platform for Creators and Users